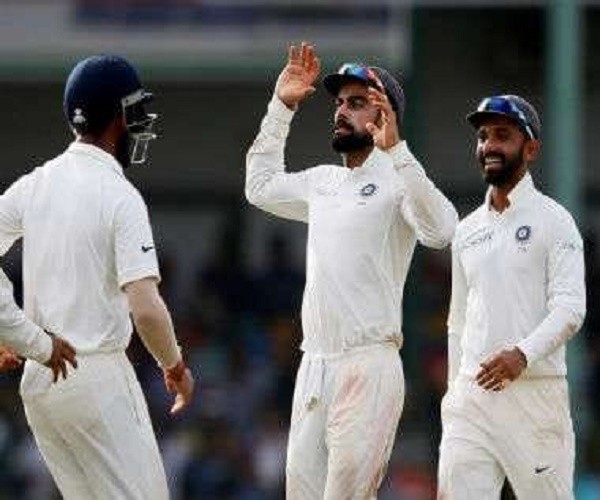 During India’s recent victorious Asia Cup campaign, in an inconsequential fixture against Afghanistan, stand-in skipper Rohit Sharma sat out along with four other first XI cricketers to give all the reserve players an opportunity to prove their mettle. Will Virat Kohli do the same in Hyderabad?

It is hardly a secret anymore that India are using the ongoing two-Test series against the Windies as an audition for their upcoming tour of Australia. Following the defeats in South Africa and England, the team management is now desperate to get their act together prior to the all-important four-match Test series Down Under. Hence, in this low-profile home series, the think-tank has tried to test of new talents and we can expect more such experimentation in the second and final Test of the series, starting in Hyderabad from next Friday.

At Rajkot, India made two major moves — opened with debutant Prithvi Shaw and played Ravindra Jadeja in the all-rounder’s slot. Both experiments were immensely successful. Going forward, in Hyderabad, ideally, the rest of the bench-strength of the squad should get assessed as well.

When the Indian XI was busy thrashing the below-par Windies on the field in the first Test, uncapped opener Mayank Agarwal had extended sessions at the outdoor nets of the SCA ground, under the watchful eyes of batting coach Sanjay Bangar. Thanks to his strong performances at domestic as well as India ‘A’ level, the 27-year-old Karnataka boy has been knocking the door for a while now. And the Hyderabad Test, which will be India’s only international red-ball assignment before the first Test of the series against Australia in Adelaide, seems like an ideal scenario to hand him his maiden Test cap.

In the near future, if KL Rahul fails to sort out his issues with the incoming deliveries, India might require a third opener in Australia. And Agarwal’s credentials perfectly suit the job. But ideally, before Australia, he should get a look-in in Hyderabad first.

Nevertheless, at least in this series, the team management is not in favour of changing the opening combination. Skipper Virat Kohli has already made it clear.

“We will give these guys enough space and chances to feel comfortable at that position. We want them to be comfortable about what they are doing,” he said in a recent interaction with the media. Hence, in the presence of Shaw and KL Rahul, the opening slot may not be available for Agarwal and if he plays, the right-hander will bat down the order in the second Test.

Furthermore, middle-order batsman Hanuma Vihari is also waiting in the wings. This author believes that despite Vihari’s impressive debut at the Oval recently, not keeping him in the XI in the very next fixture at Rajkot does not convey the right message to the youngster. Against the versatile English attack on that dicey track, unlike some of his teammates, the Andhra batsman stood tall with his compact technique and temperament. However, here in his home conditions, the management opted to drop him. Amid such insecurities, his confidence level must have gone for a toss.

In Hyderabad, India have to rectify this mistake.

So, who goes out then? Will Kohli do a Rohit Sharma?

Well, ideally he should.

During India’s recent victorious Asia Cup campaign, in an inconsequential fixture against Afghanistan, stand-in skipper Rohit made a huge statement by sitting out along with four other first XI cricketers in order to give all the reserve players an opportunity to prove their mettle. Here, under similar circumstances, Kohli should also opt himself out of the XI in Hyderabad, leaving the leadership duties on Ajinkya Rahane to allow the likes of Agarwal or Vihari to get a game.

In fact, ideally, along with Kohli, Cheteshwar Pujara can also be rested in this Test. Both are proven performers and they can hardly achieve anything significant by milking the harmless Windies bowling attack once more. Instead, both Agarwal and Vihari can feature in the XI and if they manage to get some runs under their belt, it will do a world of good to their confidence level.

Similarly, in the bowling department, local boy Mohammed Siraj should get a game on his home turf. For this to happen, one of Mohammed Shami or Umesh Yadav has to sit out, which neither of them should mind.

There is also Shardul Thakur in the squad, who is eyeing the much-awaited Test debut. But will the think-tank risk going with two debutant pacers in the Test match? Highly unlikely. #KhabarLive 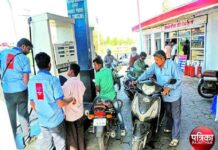