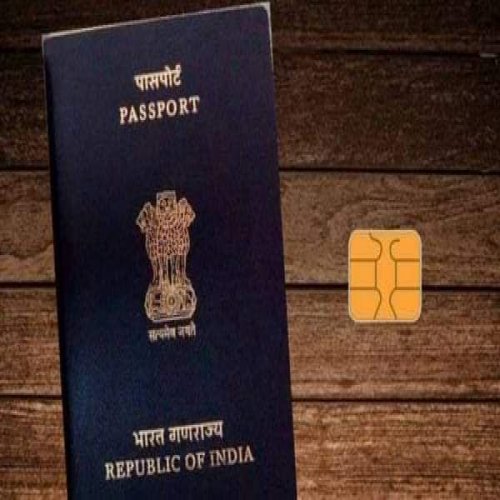 The Government of India has started the process of issuing e-passports to the Indian citizens, according to an official source report.

What Are E-Passports?
The Centre, on a trial basis, had issued 20,000 official and diplomatic e-passports embedded with an electronic microprocessor chip.

Currently, the Indian passport is in a booklet format. If you apply for a new passport or re-issue of a current one in 2021, you will likely get the e-passport.

This move might reduce the forgery as e-passports will be difficult to forge and help faster immigration for the passengers.

The official report indicated that all 36 passport offices in India will issue e-passports after the components of the personalization system are installed in the current issuance system.

On June 24, the External Affairs Minister S Jaishankar while emphasizing the need to speed up the launch of e-passports had said their introduction will greatly strengthen the security of Indian travel documents.

Jaishankar also said that the ministry is working with Indian Security Press, Nashik, and National Informatics Centre for e-passports with advanced security features.

Will Passport Issuing Process Speed Up With the E-Passports?

The Centre is looking for an agency to set up the IT infrastructure for the big project which will issue 10,000-20,000 e-passports per hour. IT systems will be set up in Delhi and Chennai to handle the load, the report stated.

The e-passports generated on a trial basis until now were issued only from Consular, Passport, and Visa (CPV) Division at Ministry of External Affairs (MEA) headquarters.

Official report also stated that The National Informatics Centre, which is working in tandem with the MEA, has issued a Request for Proposal (RFP) on August 12 to select an agency to set up the IT Infrastructure for the e-passports.

The RFP reads, “It will require a completely dedicated set-up and processes for e-passport document issuance. The e-passport has international ramifications because of its usage as credible identity document issued by any sovereign country, it is absolutely necessary to keep track of any security and quality issues.”