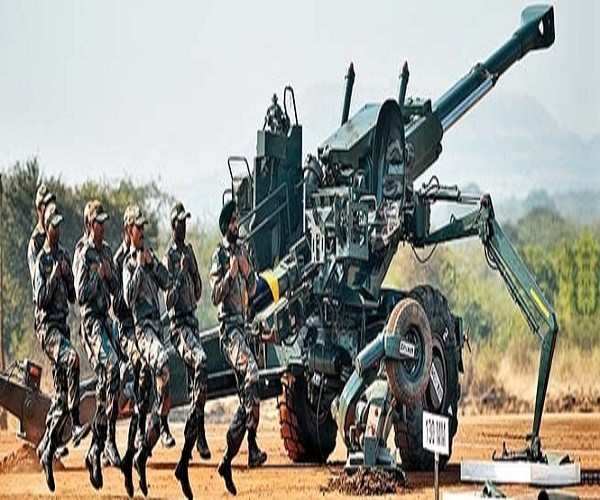 The terrorist attacks at Pathankot, Uri and Nagrota and India’s cross-LoC surgical strikes and artillery fire assaults could have led to conflict, even though New Delhi’s retaliation was carefully calibrated to minimise the risk of escalation. However, if future responses to terrorist attacks lead to conflict, is India prepared? The short answer is that the state of our defence preparedness deserves the government’s urgent attention.

First and foremost, the government must address the ‘critical hollowness’ plaguing defence preparedness. This was the term used by former Army chief General (Retired) V K Singh in a letter then Prime Minister in May 2012. Also, major operational voids in the war establishment of the three services must be addressed quickly in order to enhance combat readiness.

Large-scale deficiencies in ammunition and important items of equipment continue to adversely affect India’s readiness for war and the ability to sustain military operations over 20 to 30 days. The army reportedly has some varieties of ammunition for barely ten days of conflict and it will cost Rs 19,000 crore to replenish the stocks.

It will be recalled that during the Kargil conflict in 1999, about 50,000 rounds of artillery ammunition had to be imported from South Africa. The occurrence of such a situation during a time of crisis must be avoided through a prudent replenishment and stocking policy.

The modernisation of the armed forces has been proceeding at a slow pace due to the inadequacy of funds, rigid procurement procedures, frequent changes in the qualitative requirements, the blacklisting of several defence manufacturers and bureaucratic red tape. A committee led by Dhirendra Singh, former Home Secretary, was appointed to review the Defence Procurement Procedure (DPP). Several pragmatic amendments were made in the DPP issued in early April 2016.

While projects worth over Rs 1,50,000 crore have been accorded ‘acceptance of necessity’ (AON) by the Defence Acquisition Council (DAC) chaired by Defence Minister Manohar Parrikar, contracts have been signed for acquisitions worth approximately Rs 90,000 crore. However, it will take three to five years before deliveries begin.

In the army, artillery modernisation is yet to begin. There is an urgent need to acquire approximately 3,000 pieces of 155 mm/ 52-calibre guns to replace obsolescent guns and howitzers. So far, a contract has been signed only for 145 pieces of M777 155 mm/45-calibre howitzers from the US.

The air defence and army aviation units are also equipped with obsolete equipment that has degraded their readiness for combat and created vulnerabilities.

Modern wars are fought mostly during the hours of darkness, but most of the armoured fighting vehicles – tanks and infantry combat vehicles – are still ‘night blind’. Only about 650 T-90S tanks of Russian origin have genuine night fighting capability. The infantry battalions need over 30,000 third-generation night vision devices.

The navy is in the process of building an air defence ship at Kochi to replace the aircraft carrier INS Vikrant, six Scorpene submarines at Mazagon Docks and 22 destroyers, frigates, corvettes and other ships, such as fast-attack craft, landing ships and support ships.

However, India’s maritime security challenges are growing and the navy not only needs to modernise but also expand its footprint in the Indo-Pacific region.

The modernisation plans of the air force are proceeding ahead, but at a snail’s pace. The MMRCA project to acquire 126 fighter aircraft to replace the obsolete MiG-21s appears to have been shelved, except for the government’s plans to purchase 36 Rafale fighters from France for which a contract has been signed.

Meanwhile, Lockheed Martin (F-16) and Boeing (F-18), both of the US, and Grippen of Sweden are reported to have jumped into the fray again with offers to produce their aircraft locally with transfer of technology (ToT).

Financial management too needs a major overhaul. All of the required acquisitions are capital intensive and the present the defence budget cannot support many of them. The defence budget has dipped to 1.72 percent of the country’s GDP – the lowest level since the disastrous 1962 war with China.

The Parliament’s Standing Committee on Defence and the armed forces have repeatedly recommended that it should be raised progressively to 3 percent of the GDP if India is to build the defence capabilities that it needs to tackle the future threats and challenges and discharge its growing responsibilities as a regional power in South Asia.

The budgetary allocations earmarked on the capital account for the modernisation of the armed forces will continue to be surrendered unless the government sets up a rolling, non-lapsable defence modernisation fund of approximately Rs 1,00,000 crore under the Consolidated Fund of India.

Cutting down on wasteful subsidies from which the people do not really benefit in a meaningful manner would be one way to spare more funds for national security.

The armed forces are now in the fifth and final year of the 12th Defence Plan (2012-17). It has still not been formally approved with full financial backing by the Cabinet Committee on Security (CCS). The government has also not formally approved the long-term integrated perspective plan (LTIPP 2007-22) formulated by the HQ Integrated Defence Staff.

Without these essential approvals, defence procurement is being undertaken through ad hoc annual procurement plans, rather than being based on duly prioritised long-term plans that are designed to systematically enhance India’s combat potential. These are serious lacunae as effective defence planning cannot be undertaken in a policy void. The government must commit itself to supporting long-term defence plans.

Structural reforms need to be implemented in an early time frame to improve national security decision-making and synergise defence planning. The most important issue that has been pending for long is the appointment of a Chief of Defence Staff (CDS).

This was first recommended by the Arun Singh Committee on defence expenditure in the early 1990s and then by a Group of Ministers led by Deputy Prime Minister L K Advani. Though the CCS had approved the appointment of the CDS, no one has been appointed as yet. It is time for the Modi-led NDA-II government to implement the decision of the Vajpayee-led NDA-I. #KhabarLive