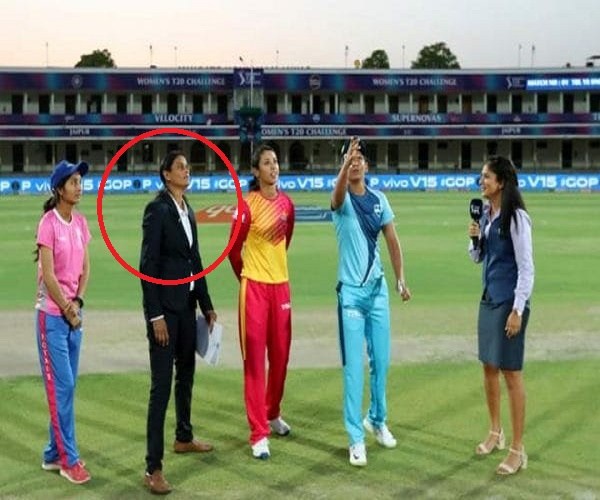 It was a moment to cherish for Hyderabad’s Gandikota Sarva Lakshmi. The 51-year-old became the first woman to be named in the ICC International Panel of Match Referees. Incidentally, Javagal Srinath is the other match referee from India in the elite panel of the ICC.

“It is a huge honour for me. It is a dream come true for me. I always wanted to play for India. But I regret that I could not play for my country. Now, I’m happy that I will get an opportunity to officiate as match referee in international matches. It is a huge responsibility and I’m enjoying this new role after my career as a player ended in 2004,’’ said the Office Superintendent, Public Relations Department of South Central Railway.

The tall Lakshmi was a fast bowler who had a smooth and high-arm action, according to former Indian captain Purnima Rau. “She was a very competitive cricketer and a sharp cricketing brain. She was unfortunate that she could not play for the country although she was part of the Indian team that toured England in 1999,” said Rau.

Lakshmi said she thought she had a good chance to play for the country in 90s. “Unfortunately, it just did not happen. After coming to the city from Bihar in 1989, I played for SCR played till 91 before I got married. I had to take a break for my daughter’s birth. I returned to play cricket in 1994. I was part of the SCR team that won inter-railways championship in 1995. Based on my good performance I was even selected in the strong Indian Railways team,’’ said Lakshmi.

The medium pacer’s career ended in 2004. But she continued to play active role in cricket and this time it was more of a match official. In 2008, she was one of the five women match referees of the country. “I was very much into the game as match referee. In 2014, I even passed the BCCI’s test conducted by Australia’s Simon Taufel. There were 125 candidates and I was among 50 who got selected.’’

There was no looking back and she was a part of the history when she officiated as match referee for all the four inaugural women’s IPL in Jaipur. “It was a proud moment. I do a lot of homework and it is important to be focused. Now it is a big challenge to be in the ICC panel of match referees. I will get to officiate in international matches. I hope to put my experience both as a player and as match official to good use on the international circuit,” Lakshmi said.

Thanking ICC for giving this opportunity, Lakshmi said her mother Vijayalakshmi had to sacrifice a lot by looking after her daughter Pranati Sravani, who has now completed her MS.

Following close on the heels of Claire Polosak, who earlier this month became the first ever woman umpire to stand in a men’s ODI, Lakshmi will be eligible to referee international games with immediate effect. #KhabarLive