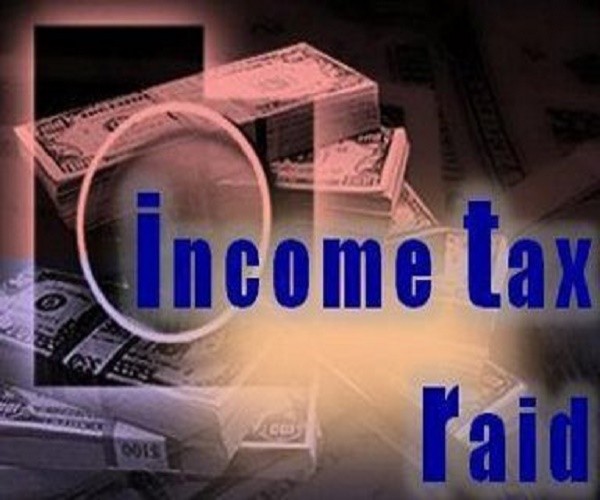 Political leaders in our country have managed to contrive a situation where it is believed by the common man that agencies such as the Central Bureau of Investigation (CBI), the Enforcement Director (ED), the Central Excise Department, (CED) the Income Tax Department (ITD) etc. go by the whims and fancies of the government in power at the Centre.

Even when one of these agencies performs an action well within the bounds of its duties, it is common to find motives being attributed to the central government, to be precise, to the ruling party at the Centre.

And it has become commonplace for the opposition parties to suspect a political conspiracy behind every raid or search, and for the ruling party to defend that action as the law taking its own course. While, earlier, one heard of political parties complaining why they alone should be victimised when there were so many other offenders in the country, it has now become common for them to allege that the actions are directed against the state to which they belong!

At the outset, we must realise that it cannot be in the best interests of the country to detract from the prestige and dignity of the agencies of the central government. After all, if the same parties, which are in the opposition today were to come to power in the future, they would have to defend the same agencies and rely on their trustworthiness. That is not to say that they ought to be protected even when they are in the wrong.

Take, for example, the ITD. Every time it is alleged that they are targeting a particular political party, they should make public full details of the total number of raids/searches conducted by them in that year, how many of them were against political leaders, of which party, and how much hidden wealth was unearthed from the different categories. It is only then that the attempts to tarnish their image and will be defeated.

And in that process, they should only take into account people who are members of the parties, and not those who support them, because several businessmen and traders often make contributions to various political parties whose support is important for them. They cannot, merely on that account, be regarded as supporters of any of those parties. In earlier days traders supported parties indirectly, whereas nowadays they are directly jumping into the fray. Therefore, if some agency were to proceed against them on the basis of complaints with regards to their business, it would not be correct to impute political motives to such actions.

In fact the word ‘raid’ is not quite appropriate, at least in respect of the ITD. ‘Search’ describes their actions more appropriately. And such searches are invariably preceded by diligent and comprehensive investigations which establish the existence of a prima facie case of tax evasion. If they were to indulge in such actions without necessary homework, Courts of law will invariably set things right, when approached by the affected parties.

It is well known that there are as many people who comply with the law as there are those who attempt to evade or avoid payment of taxes. The actions of the central agencies are somewhat similar to those of a traffic police person. Can we regard stoppage of our car by a police officer to check documents as an infringement of our fundamental right? We must understand that the officer is doing to make sure that we are, in fact, possession of the requisite documents or not.

Similar is the case with the agencies we are talking about. It is their bounden duty to ascertain the veracity of information received by them and satisfy themselves whether the party concerned has complied with the requisite laws or not. We must accept that it is his duty to ask and their duty to answer.

It is those who find it difficult to come clean about their dealings that make the greatest amount of noise in such situations. Some political leaders attribute motives to the agency which conducted searches or raids against them, and even challenge it to prove their guilt. The victims of the recent searches in the Andhra Pradesh remained silent, while the state government came to their defence. What is more, the government described the searches as an assault on it by the ruling party at the Centre, painting the whole episode as an attempt to tarnish the brand image of the state with a view to preventing the inflow of investments.

“We are seeing these raids as a deterrent to the development of the state,” said one Minister. A somewhat confusing stand, to say the least. More than four decades ago, when this columnist was working in the sales tax department of the then Andhra Pradesh state, raids were conducted on the premises of some prominent jaggery merchants in Anakapalli town.

Large scale raids were also carried out against cinema theatres in the districts of Anantapur and Kurnool. No doubt there were angry protests and representations. Cinema theatres were shut down in a sort of ‘strike’. No one, however, perceived the actions as being directed against the district by the state. It is indeed difficult to understand why it is happening now, especially when statements emanate from responsible people in high positions.

The brand image of a state should be a function of the quality of human resources available, the availability of, and accessibility to, other resources such as raw material, and water, the climate, the marketing facilities, infrastructure such as roads, power etc., in addition to the incentives, if any, being provided by the state government to prospective industrialists as part of the overall effort to create an investor – friendly environment. Surely no state can induce investments by offering that it will overlook labour laws or by guaranteeing immunity against punishments for economic offences!

It is worth noting that those, whose premises were searched or raided, were all well- to – do persons quite capable of defending themselves in courts of law. None of them appears to have approached the state government or support or help claiming that they were victims of unfairness for injustice. Therefore, one fails to understand why the state government sprang to their defence.

TDP is claiming BJP is using IT raids to settle scores for snapping its ties with NDA but BJP is reminding them that such raids against TDP leaders had taken place even while that party was part of NDA. The most mysterious thing of all is the question of how information in regard to the IT raids was leaked by the media in advance. One saw TV scrolling previous evening that supporters of the TDP would face raids the next day. How could this have been possible?

While all these facts are intriguing enough, the most puzzling thing is the reported that the AP government has decided not to provide police protection to ITD officials during their raids or searches, apparently citing a similar refusal earlier by the government of Tamil Nadu earlier. Providing protection to staff on such duties is, after all, a fundamental duty of the government. And if some harm were to befall the officials, the government would squarely have to accept the blame.

The short point is that those who are suspected of evading taxes, and those charged with the responsibility of collecting taxes are all citizens of India. It is totally unnecessary to call one as an employee of the central government and the other as a citizen of the state. And even more unnecessary to describe the person facing action as a victim, and the state to which he belongs as the target of political vendetta.

It is bad enough that institutions are being undermined for political reasons. That things should have come to such a pass that employees of institutions and agencies should face physical danger is indeed highly regrettable. #KhabarLive