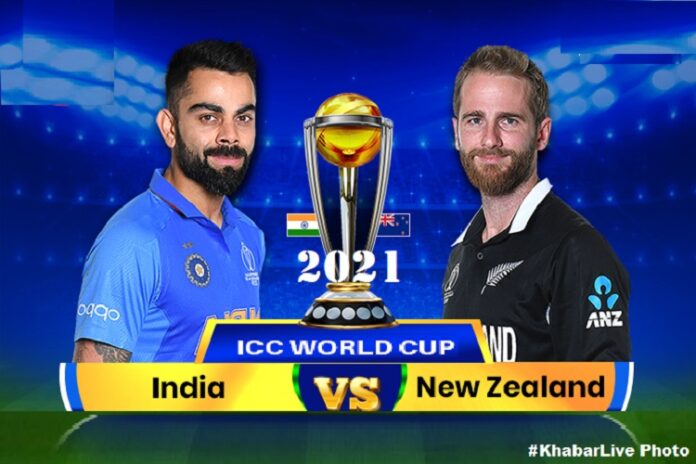 The first-ever ICC World Test Championship could see a face off between the two Test match giants India Versus New Zealand. What a thrill that would be.

It’s not necessary in sport that the two best teams of the time meet in the final of a tournament or league, but if India do make it to the final against New Zealand, that’s exactly what we’ll get. The two are, at the moment, Test match giants in a league of their own. The inaugural WTC may have run into a once-in-a-lifetime threat in the form of Covid-19 (and almost run aground), but a bit of adaptation and some vagaries of luck could bring us to this breath-taking pass.

Kane Williamson and his Black Caps were only assured of a place in the WTC final this week when Australia pulled out of a three-Test tour of South Africa citing concerns about the Covid-19 numbers there. India may miss out on the final, of course. Virat Kohli and his men need to win at least two Tests in the four-match series, and ensure that England don’t win both the other matches, to get to the Parimatch App for WTC finals and more.

Meanwhile, Australia needed to win at least two of the three Tests and stop South Africa from winning a single match, for a sure shot at the finals. They could still get there, if England win at least two matches. England have a chance if they win at least three of the four matches in the series.

New Zealand, on the other hand, flattened both West Indies and Pakistan in home series wins to claim enough points under a WTC scoring system that was revised to reflect the disrupted realities of cricket being played during a pandemic.

In some ways, it was that jaw-dropping win at the Gabba that made India a frontrunner for a place in the final, and, crucially, dropped Australia a few decimal points behind New Zealand (after they were docked points for slow over rates). The team that has won more Tests than any other in the last decade may miss out on the WTC final partly due to a rule that penalises wasting time. The irony! But let us shed no tears.

Instead, let us consider the delicious possibilities of a match between two teams with a penchant for taking things to the wire. New Zealand and India have a lot in common as cricketing units. They fight for every inch and are fearless in battle. India proved that in Australia. New Zealand proved it during the heart-stopping 2019 ICC World Cup final.

Both teams are led by clear-sighted captains with a great drive to win, but also a rock-solid commitment to fair play. There is perhaps no one more loved in world cricket right now than Williamson, whose Brooklyn-hipster urban-lumberjack beard barely conceals the kindest smile in the sport. Kohli is far too abrasive to be loved as universally, but behind his streetfighter belligerence is a man who picks up his toughest opponent when he falls (remember him appealing to the crowds to not pick on Steve Smith?).

Williamson and Kohli are also two of the finest Test batsman in the world right now and this would be a spectacular match-up for that reason alone. Add to that two teams bursting with skilled batsmen and fierce fast bowlers, grit and experience, youth and exuberance. If India’s find of the season is Mohammed Siraj and his crafty bowling full of angles and movement, New Zealand’s most recent discovery comes in the form of a nearly 7-ft-tall fast bowler who picked up 11 wickets in his last Test. His name is Kyle Jamieson and he also took a fifer in just the second Test of his career, against India last year.

ALSO READ:  How Williamson Of SRH Trumped Rahane Of RR In The Battle Of Stand-In Skippers In IPL 2018

If we have Jasprit Bumrah’s blistering pace and movement, they have Trent Boult, who partnered Bumrah in the Mumbai Indians squad in the last Indian Premier League.

If India have Pujara as the bedrock of the Test middle order, New Zealand have Henry Nicholls in that pivotal batting spot. Williamson himself is only dealing in centuries, sometimes in double hundreds. In the single inning he has played this year, against Pakistan, he scored 238.

There’s some uncertainty over whether the WTC final will be held at the Lord’s or Southampton’s Rose Bowl. Lord’s has history on its side of course, but its limpid wicket will not do justice to the fiery bowling both sides have to offer. The Rose Bowl is no bowler’s paradise either.

Yet, at least for one side, the London ground may prove to be a nervous place to be in. After all, what could go wrong with New Zealand in a major final at the Lord’s? #KhabarLive #hydnews