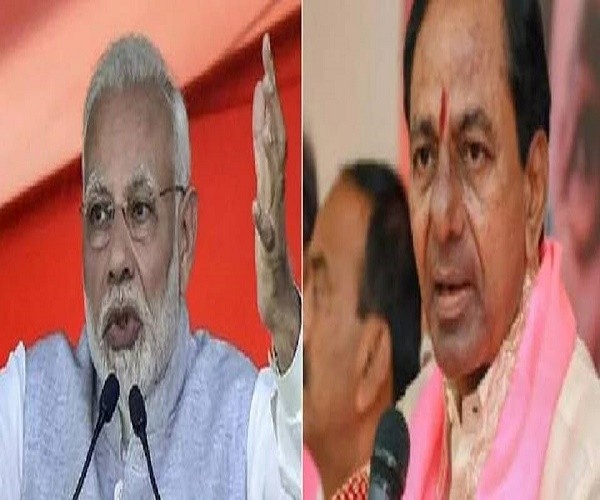 Fortunately, the cacophony and blabberings that are going on as part of the heated election campaign in Telangana will come to an end in the next four days. The most interesting aspect of this election is that it has become very difficult to feel the pulse of the people. Though there are many theories making rounds that there would be a hung Assembly, the chances for such a scenario, according to some psephologists, appear to be very remote.

Though it cannot be said which party will form the government, a curious aspect has come to fore. According to Lagadapati Rajagopal, who is known for accuracy in his surveys, a good number of independents, at least 8-10, will win.

Normally independent candidates are considered to be not worthy by political parties and that makes them contest as independents. The big question is why are they likely to win? There could be two reasons. One, people are unhappy with the MLA who represented the constituency during the last four-and-a-half years, though they may not be against the TRS. Another reason could be that this is an indication that the maturity levels of the voters are growing. Psephologists say that since it is going to be multi-cornered contest, the winning margin of candidates too would not be more than 50,000.

India has grown as a democracy but the electioneering we witnessed during the past few weeks indicates that the leaders need to mature in terms of political campaigns. Political parties should realise that elections are akin to general body meeting. It is the people who are paying their hard-earned money as taxes and hence the leaders are answerable to them for every rupee earned and spent by the government. Hence, during election campaign, they should present sort of balance sheet of their promises and achievements. But what do we see during this campaign? Each one accusing the other.

Every leader, including caretaker Chief Minister K Chandrasekhar Rao, says that one should be humble and should not have ego. But then, what has been displayed is nothing but ego. Most of the time it looked more like a kid act. Even the speeches of Prime Minister Narendra Modi were most uninspiring and full of sarcasm.

When the Prime Minister said that Nizamabad was reeling under power crisis, the Chief Minister should have countered with facts and figures and some pun intended dialogues. But saying that he had asked the PM to stay back in Nizamabad saying that he would Heli hop to that place so that they can debate over the issue but the PM left sounds funny.

The speeches of TRS leaders starting from KCR down to the smallest leader say that no one in the world ever thought of the kind of schemes the TRS government had conceived and then invectives are used for the previous governments. Another interesting aspect was the dichotomy that came to fore in the campaign.

The TRS always said they had nothing against those who have come from other parts of the country including Andhra Pradesh and all those who stay here are Telanganites. It was really appreciable. But then, when Nandamuri Suhasini who was born here, who studied here and running some business here and is settled here for a long time was selected as TDP candidate, uncharitable remarks were made by KTR. He said If the TDP chief wanted her to join politics she should have been inducted into AP Cabinet. What if she had joined the TRS? Then they would have said, “see settlers are also supporting us”. Just because she belongs to NTRs family and is a TDP candidate, trying to belittle her did not appear to be a sportive attitude. Already TRS is facing criticism for not accommodating any women in the Cabinet.

Any government or political party should try to unite people not to divide on the basis of caste or region. Secondly, the speeches gave an impression that only national parties have the right to contest here not any other party more so the TDP. The fact is that at least 15 percent or so who belong to the TDP are pure Telanganites. Do they not have the right to contest elections from a party of their choice?

Another notable feature of this campaign is a sudden change in mood. When Telangana Assembly was dissolved, it appeared that the war was one sided as the Chief Minister had been saying. But then, once the People’s Front emerged, a real poll atmosphere evolved and the real election mood was seen in the last phase of campaign.

If one compares the speeches of all leaders, it appears that AICC president Rahul Gandhi had made a tremendous turnaround. While the speeches of Modi were sarcastic and not packed with facts, little did they enthuse the audience. It gave an impression that a shadow boxing was on between the TRS and the BJP.

Coming back to criticism, the Chief Minister has been making highly sarcastic remarks against his counterpart in the neighbouring Andhra Pradesh N Chandrababu Naidu. Well, somehow the tone and tenor he used was not really healthy. In the past, when stalwarts like Indira Gandhi, Vajpayee and others clashed with each other they too used to criticise, but never did they hit anyone below the belt. They used to give the devil its due. This was missing in this election. Me and me alone did everything was the line that was taken by TRS bosses.

If one looks at the promises made by the People’s Front and the TRS, it is very clear that in the next five years, the debt of the State would go up sharply. Already the debt rate in Telangana, according to RBI report, has increased in the last four-and-a-half years despite the claims of the government that they have been very prudent in financial management. When the Congress said they would waive agricultural loans up to Rs 2 lakh in one go, the government said it was impractical and they would require country’s budget to do so. But later they took a U turn and they made a similar promise.

The Chief Minister has been reiterating at almost every meeting that he would make the Centre bend backwards and get the resolution passed by the Assembly to enhance reservations for minorities increased. If we look back, much water had flown since the resolution in Assembly had passed the resolution but there is no evidence of anyone having done anything to force the centre to accept it.

“The Prime Minister says, it (increasing reservations) will not happen… Is the country your jagir? Why will you not do it? Don’t you see poverty in Muslims? How long do you do politics of religion?” thundered Chandrashekar Rao. He also said that Supreme Court of India gave a judgement that the reservations should not exceed 50 per cent as per constitution. That is wrong… the Centre has the responsibility to amend and they should have done this by now.

Most significantly, the Supreme Court has put a 50% ceiling on reservation. As such, any attempt by the people’s representatives to extend reservation to new groups is invariably thwarted by this rule. But how did this limit on reservation come about, and is it justified? #KhabarLive#TelanganaElections2018