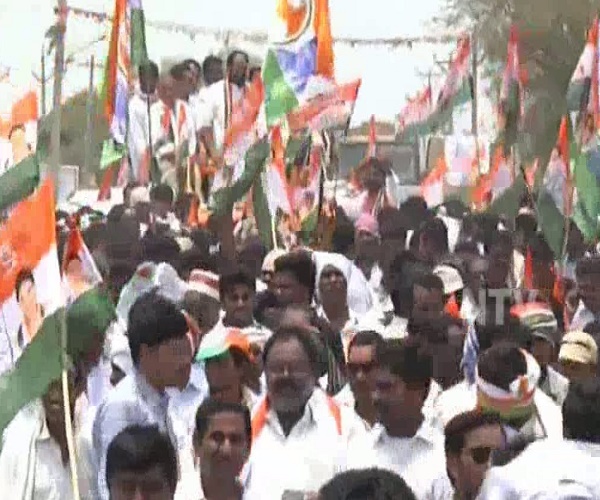 The Congress party internal fighting due to rifts tussle takes a bad shape during Bus Yatra in Jagtial and Nizamabad districts. Many leaders fights on small and silly issues and showed to public how united they are. This is the image building exercise for Telangana Congress party.

In the meantime, Ramul Korutla, constituency in-charge, and Dr JN Venkat, husband of ZPTC Jangil Sunitha, exchanged heated words. The bone of contention was: who would welcome the Senior leaders. The two groups clashed.

Both the groups also mobilised their followers in a show of strength. However, the infight is not a new thing as similar clashes have occured between them on previous occasions too. Later, senior leaders including Uttam Kumar Reddy and others pacified the groups. Interstingly, JN Venkat and Sunitha, along with their followers, left the meeting soon.

Accusing CM K Chandrasekhar Rao of deceiving Muslims, TPCC chief N Uttam Kumar Reddy said the CM had announced 12 per cent quota for Muslims in order to get their votes in the 2014 poll and ditched them later. He was speaking at Nirmal, where the Congress Bus Yatra, reached on Tuesday. Meanwhile, in Karimnagar, TPCC vice president Ponnam Prabhakar alleged that the TRS was intentionally preventing people from attending the Congress bus yatra.#KhabarLive