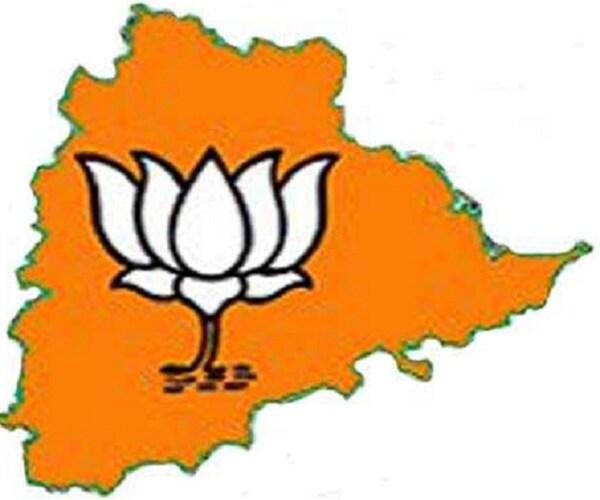 As victorious, ruling TRS party is now on cloud nine to hiot the political jackpot on national arena. No BJP, No Congress slogan of KCR is going to prove somewhat wrong as calculated. In Telangana seems to presents a picture akin to the one leading to the rise of the BJP in West Bengal.

The Left parties, after losing the citadel they had held for a long time, gave up their anathema towards right wing politics in their attempt to avenge Trinamool Congress chief Mamata Banerjee. Here is a classic case hinting at how the Congress and the BJP reportedly got together in Telangana’s municipal elections to contain the regional satrap and their common rival, Chief Minister K Chandrasekhar Rao (KCR) of the Telangana Rashtra Samithi (TRS).

The Congress lost ground to the TRS after the creation of Telangana as a separate state. The grand old party is facing an existential threat in the state after the TRS poached two-thirds of its MLAs and a good number of its MLCs soon after the 2018 Assembly elections. The Congress led a grand alliance, comprising the TDP, CPI and Prof Kodandaram’s Telangana Jana Samithi, in what could be viewed as a last ditch effort to unseat KCR, but failed in its mission.

However, the Congress won three Parliament seats and the BJP emerged from the shadows by securing four seats with an incredible 20% vote share. The TRS cannot simply wish away the rise that the BJP has seen since then.

The Hindu-Muslim polarisation triggered by the BJP with the CAA-NPR-NRC narrative provided a background for the municipal elections in the state with a significant Muslim presence. KCR plunged into electioneering with a secular face with Asaduddin Owaisi’s AIMIM by his side. The Congress led separate anti-CAA and anti-NRC protests without joining the MIM-sponsored agitations.

The enemy of my enemy is my friend, goes the maxim. This apparently was seen to be true in the recently concluded Telangana municipal elections, with the Congress and the BJP accused of joining hands to take on their common rival – KCR of the ruling TRS.

Regardless of the Congress-BJP’s “unholy alliance”, KCR’s party swept the polls. But the saffron party’s rise, electorally and politically, is becoming a concern for the TRS patriarch.

Around 40% of Telangana’s electorate present in 10 municipal corporations and 120 municipalities took part in the polling on January 22. The urban body elections spread over the entire state carried a lot of political and electoral significance because it is the last election the state would face until the next Assembly election that will come up after three years.

The TRS is basking in its thumping victory. But at the same time, it is helpless and brooding over the rise of the BJP that may have a bigger impact on the state elections, given the trends in the Lok Sabha and municipal elections.

In the Assembly elections in 2018, the BJP broke away from the TDP and faced the polls alone only to reduce its strength to a single seat with a 7% vote share. In the 2014 elections, the party had secured five Assembly seats in alliance with the TDP.

The saffron party sprang a big surprise in the Parliament elections held a few months later, winning four Lok Sabha seats in the state with 20% vote share. In the municipal elections, BJP’s vote share fell by 5%. Still it is two times more than the votes it polled in the Assembly elections.

In north Telangana, a TRS heartland, the BJP’s win in the Parliament elections was attributed to the alleged help it received from the Congress. KCR’s daughter K Kavitha’s defeat in the Nizamabad Lok Sabha seat at the hands of the BJP youth leader D Aravind was also attributed to the grand old party’s “invisible” support.

In the latest local bodies elections, the Congress and the BJP shared power in at least two municipalities – Manikonda and Makthal – to keep the TRS out. In Choutuppal, the CPI(M) office was allegedly attacked and ransacked by the Congress for not helping the BJP in the local municipality polls.

Syed Amin Jaffri, AIMIM MLC in the state’s Legislative Council, told #KhabarLive that the Congress exposed its fake secular face to team up with the BJP in the elections. “What the Congress did in Maharashtra it has done in Telangana also. It will do the same in Bihar and West Bengal too in the forthcoming state elections. So, Muslims have lost faith in the Congress as it compromises with the BJP for power,” he alleged.

The Congress and the BJP had a secret pact in 600-700 seats (wards/divisions) by not fielding their candidates in an attempt to defeat TRS and MIM candidates, besides sharing of power in Manikonda and Makthal municipalities, he said.

A section of Congress leaders represented by former MP V Hanumantha Rao could not digest the way the grand old party sided with the BJP. But Congress spokesperson Addanki Dayakar described the tie-up his party had with the BJP in some municipalities as “post-poll compulsions and local interests”. #KhabarLive