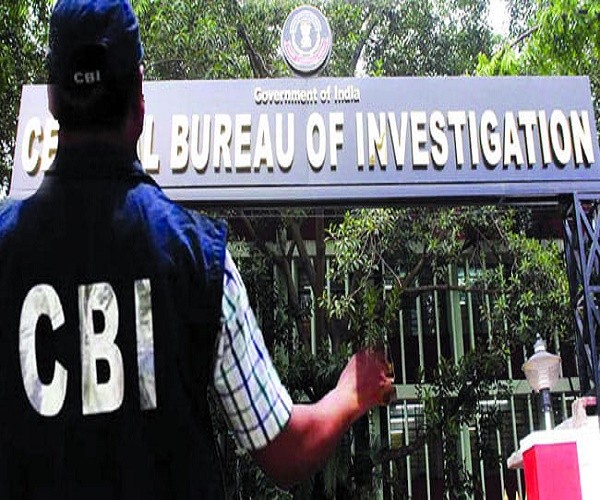 Why has the Telugu Desam Party (TDP) government withdrawn the general consent it has given to the Central Bureau of Investigation (CBI) to probe cases on Andhra Pradesh soil?

The decision came out recently ahead of the non-BJP parties’ summit scheduled to be held in New Delhi on November 22 where the issue is expected to provide a fresh impetus for consolidating the anti-Modi thinking further.

No sooner the AP State government took the decision barring CBI from probing cases in AP than West Began Chief Minister Mamata Banerjee hailed it and said she was following suit in her State.

Though withdrawal of the consent to the CBI to investigate cases in a State does not ipso facto alter the present situation since the CBI on its own cannot do investigation of cases in any State, it would surely provide necessary grist for discussion at the summit and help the anti-BJP forces firm up their stand against the Modi dispensation.

AP Chief Minister N Chandrababu Naidu is expected to call on his West Bengal counterpart on Monday to invite her for the November 22 conclave when both the leaders would surely discuss the advanced state of decadence that had crept into the CBI which was once considered a premier Central investigation agency and which served as a benchmark for State agencies for highest level of investigation without fear or favour.

Already Naidu has prepared an agenda for the meeting where the participants would attempt to burn the BJP at the stake for running down institutions which symbolised vibrant democracy India is known for – like the CBI, ED, RBI, CAG and even Central Vigilance Commission.

He is expected to raise withdrawal of the consent given to CBI as his way of giving it back to the Centre for its bullying tactics like ordering Income tax raids on sympathisers of the Telugu Desam Party.

ALSO READ:  Are You Interested To Become Rajya Sabha Member?

As these raids happen only on the eve of elections, the non-BJP parties strongly believe that there is a political motive behind them. The Centre, they allege, has been using these agencies to stun the opponents at the time of the elections and win the elections taking advantage of the need for the opponent to have time to recover.

The leaders, who will meet in Delhi, are expected to voice their lack of faith in these institutions and might even seek legal recourse for suspending investigations by these agencies for the next six months when elections are due.

Withdrawal of consent is already being used as a political weapon by both the BJP and the Telugu Desam Party leaders. If the TDP defends its decision of withdrawal of the consent on the ground that the CBI is being used by the Centre to settle political scores with State governments knowing fully well that unless there is a court direction or the State’s consent the CBI cannot take up any investigation in a State.

In equal breath, the BJP leaders too have begun crying foul over the withdrawal of the consent saying that the State was defying the authority of the Centre which is vested with all residuary powers that are neither in the State nor in the concurrent list and also refer to the Centre’s prerogative to ride over the State’s rights if they come in conflict with those of the Centre.

The BJP leaders have already begun demanding imposition of President’s rule in Andhra Pradesh, citing withdrawal of the consent as a grave instance of defiance of the Central government’s authority.

Finance Minister Arun Jaitley, too, made a political statement rather than elucidating the facts when he said that if Naidu had barred the entry of the CBI into AP, then the TDP leaders have a lot to hide. He was implying that if the TDP or the State government had nothing to fear, why should anybody be afraid of the CBI.

The mandarins who run the show at the State’s Home Department are not so naïve to advise the Chief Minister that by withdrawing the general consent, the State would have an upper hand over the Centre or the Central investigation agency.

Those who are conversant with the Delhi Special Police Establishment Act, 1946 know that the CBI cannot on its own take up investigation of a case in any State unless the State makes a request to this effect to the Centre or the CBI gets a direction from the High Court or the Supreme Court.

Then what purpose the withdrawal of general consent had served? It would be effective in so far as the CBI investigates any crime or a case of corruption which involves a Central government department or any of its undertaking.

If there is a charge of corruption against an officer of say a bank, then the CBI, taking advantage of the general consent issued by the State government every year, would straight away take up the case and do the investigation.

The officials maintain that since both the State agencies and those of the Centre are bound by the same IPC in cases of crimes and Prevention of Corruption Act, 1988 in case of corruption, the State government agencies like the ACB too could discharge the functions of the CBI with regard to cases involving the Central establishments. But to what extent the ACB, or the State police could do this is open to debate as they do not have the necessary wherewithal to investigate the crimes that involve the criminals’ operations in more than one State and so on.

Those who had been in the CBI, like former IPS officer V Lakshminarayana, argue that because of the withdrawal of the consent to the CBI, the immediate fallout would be that the pace of investigation of cases of corruption in Central government undertakings would slow down as for each case the CBI wants to take up, it would have to approach the State to obtain its consent.

This is not only laborious and time-consuming but also allows room for corruption. There is always the possibility of an officer in a Central government department could influence the officer-in-charge for the issue of consent to defer a decision on it to help him escape prosecution.

This would also give the venal officer enough time to escape from the country too because it is any body’s guess how long it would take for the government to act on a request.

It is now becoming increasingly clear that withdrawal of the consent to the CBI is more in the realms of politics rather than actually stonewalling the Central agency from operating in a State, as State’s role is very limited in this area. For using it as a political weapon against Modi, the GO would serve the purpose for which it appears it had been issued. #KhabarLive