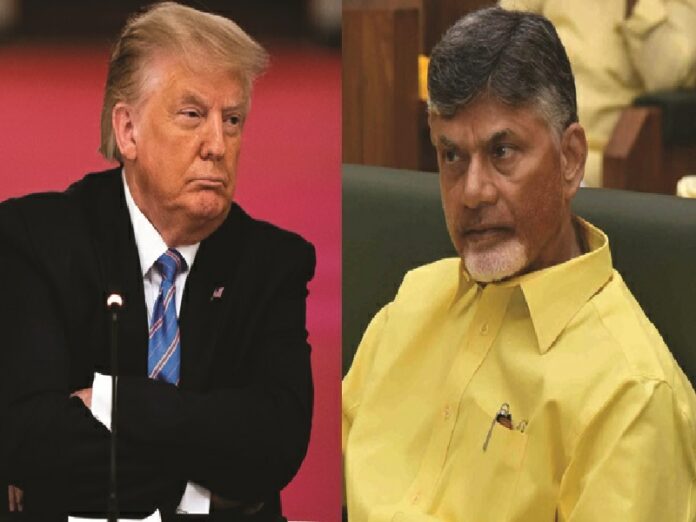 The stalemate over the announcement of results in the United States of America has become a subject for political satirists in Andhra Pradesh to attack Telugu Desam Party president and former chief minister N Chandrababu Naidu.

Following reports that present US president Donald Trump is planning to move the Supreme Court seeking to stall the counting in some states on the ground that he might lose there, YSR Congress party leaders have wondered whether Trump has taken the decision in consultation with Chandrababu Naidu.

“Breaking news: Both Trump, Biden are competing with each other in talking to Chandrababu over phone. They are consulting Naidu on how to manage the Election Commission and Supreme Court,” tweeted YSR Congress general secretary and parliamentary party leader V Vijay Sai Reddy, known for his pungent comments against Naidu.

The YSRC leaders have also been circulating an old press clipping of Sakshi related to TDP general secretary Nara Lokesh’s visit to the US in 2016, where he addressed a meeting of TDP activists of NRIs.

They recall Lokesh’s statement then that he was so overwhelmed by the turnout of the Telugu NRIs at his meeting that he wondered whether the TDP would come to power in the US as well.

“Lagadapati survey: TDP will bag 503 out of 538 seats in the US elections. Democrats will get 20 and Republicans will get 15,” tweeted Sai Reddy, attaching the Sakshi newspaper clipping of Lokesh meeting in the US in 2016.

Well, that is politics! #KhabarLive #hydnews