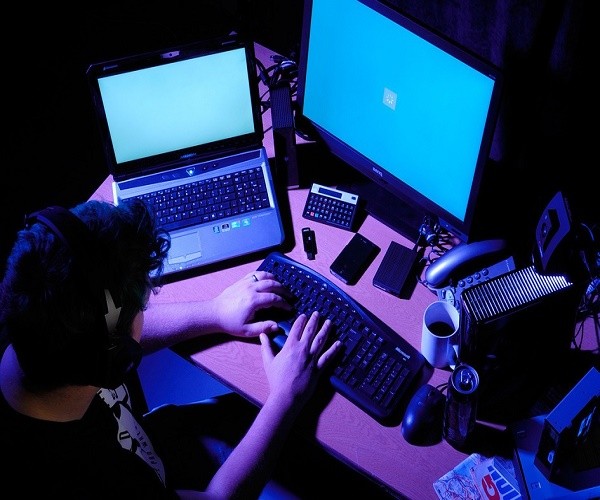 Ahead of 2019 polls, India needs to be prepared for ‘hackers’ looking to meddle with its internal politics. Among the many ways in which social media – or rather Facebook to be precise – has changed the world, arguably the most drastic has been its ability to make borders irrelevant.

The Internet has always worked without any regard for borders. But earlier, it was more about the data that would travel across the world. Facebook has now enabled entire communities to transcend borders. There was a time when we all thought that this was a change for the good. But now, as countless examples including the “hacking” of the US elections show, we are waking up to the chaos that Facebook’s borderless communities bring to the real world.

In 1990, John Guare popularised the idea of Six Degrees of Separation. He argued that everyone on the earth is separated from someone else by six steps. In other words, what he meant was that you could connect two random people in the world in six steps by linking friends of friends.

Facebook in 2016 announced that it had made the Six Degrees of Separation irrelevant. In a post titled “Three and a half degrees of separation” its engineers said, “Each person in the world (at least among the 1.59 billion people active on Facebook) is connected to every other person by an average of three and a half other people.”

This must be a nice thing, a mass of humans connected in a better way? It seems we were mistaken.

Even though an easier way to reach others allows us to do wonderful things – like the whole world coming together to raise a substantial sum of money for the treatment of a cancer patient in an Indian town – it also makes it easy to create differences.

And as more people use Facebook, and realise its potential to disrupt communities and societies, many are using it not to bring together people but to break them apart.

Doing so serves a purpose – such as influencing the voting patterns. This is what happened during the US elections in 2016 and during the BREXIT vote in Britain, where the Russian hackers reportedly managed to wrest control of the political discourse through Facebook to such an extent that it resulted in a win for Donald Trump in the US and Leave Vote in the UK.

The fear is that this sort of hacking is also going on in India ahead of the crucial 2019 vote. Especially because it’s easy to pull off.

When we talk of hacking, the image that comes to mind is that someone somewhere is trying to get into computers, or trying to take apart a machine like EVM. The classic definition of hacking, however, is different.

It simply means not playing by the rules and exploiting a system using its weaknesses.

So when you hear that Russians hacked the US election, it doesn’t mean they got into EVMs used in Alabama. Or that they managed to somehow change the vote count. It simply means they disrupted the discourse before the vote using the weaknesses that are part of the way Facebook works and created sentiments that helped Trump and harmed Hillary.

These “hackers” used Facebook very smartly. They probably set up Facebook communities, ran Facebook advertisements, ran fake news sites and then shared “news” from these sites on Facebook, and made memes that went viral and dented Hillary Clinton’s credibility. All because it is so easy to do.

Now, think of India as it goes into the 2019 elections.

“Hackers”, whether internally or from China, Pakistan, Russia, France or some other country, can easily influence the Indian election process. Maybe they are already doing it. With almost every household in India owning a smartphone, and with millions of Indians using WhatsApp and Facebook, running a misinformation campaign from China or Pakistan is very easy.

And this misinformation campaign can then be tuned to help one political party over other, because that may serve the purpose of an external power.

So if China doesn’t want the BJP in power it can put to work a few hackers and social media experts and set up some 100 Facebook communities that would create memes against BJP and the Modi government. These memes will reach millions of Facebook users in India and influence their judgment.

Or maybe Pakistan wants BJP government to remain in power, in which case it can run 50 Facebook communities for Indians, which will only popularise anti-Congress content – “Pappu fail hoga”, “Italians go home” and that sort of stuff.

The way social media works, where nuances are lost, where you don’t know if the news of someone’s murder is fake or accurate, the fact that this news came to you from a friend you grew up with, or from someone called Sergei – who is pretending to be Rahul – becomes irrelevant, thus making it difficult to combat misinformation. In the US, even with their sophisticated cyber tools the NSA, CIA and FBI have not been able to catch the Russian meddling. In India, if foreigners want to muddle the scene during elections they can do so very easily.

This is where the Election Commission of India comes into the picture.

In the US, after regulatory pressure, Facebook is starting to act. It has started scrutinising the advertisers buying political ads to ensure they are not foreigners. It has started tracking the communities that do political messaging and make memes that go viral. It has started looking at the political discourse that takes place on its platform.

However, in India Facebook’s measures to check “hacking” of elections remain rudimentary so far. This is probably because it feels no pressure from the ECI and the government to take more stringent steps. It is also probably because the ECI continues working with Facebook, something that probably allows Facebook to have even better voter data and preferences that it can sell to advertisers.

Ideally, the Indian government should be asking Facebook and WhatsApp to bring the same sort of measures to India that it is taking in the US to combat political misinformation. And ideally, the ECI and Indian regulators should be keeping a closer watch on the origins of WhatsApp and Facebook messages that go viral. #KhabarLive