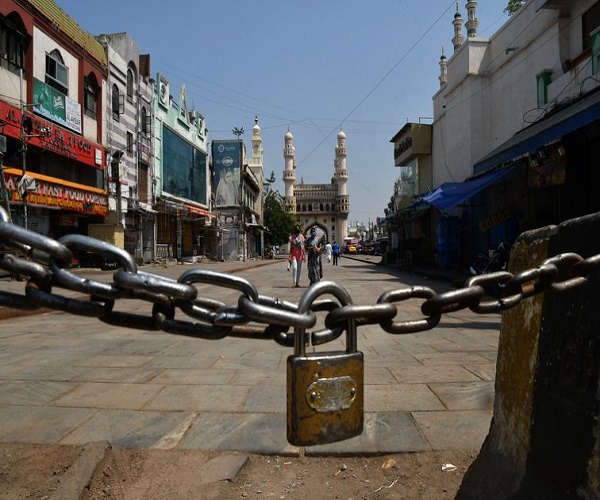 Telangana must bite the bullet and end the complete lockdown, instead of focusing on areas where the COVID-19’s prevalence is high. It opted for an extension of the lockdown and the Centre went along with it. Put differently, the Centre extended it and complied.

In Telangana, the 30 districts, 12 have below five cases, nine districts have between nine and 19 cases and only two districts have more than 50 cases, with Hyderabad topping at 526 cases of the total 725. The number of deceased has remained flat, with the addition of 0-2 per day, with total deaths remaining at 25. However, the state has already announced a short extension of the lockdown.

It all started with a false binary of lives versus livelihood, when it was, in fact, lives versus more lives. Both the states and the Centre lacked confidence and were not willing to take responsibility. Given the risk-averse nature of politics on the one hand and exploration of newfound power on the other, the states are quite happy to go along with the Centre.

If you look figures, they may be very revealing. Many districts not reported any deaths beyond one during the last 15 days and the cases added. The mapping of the concentrated area will show one small area around the capital region to be vulnerable. But the state extended lockdown ahead of the centre.

​Despite the data saying otherwise, the reasons are averse to lifting the lockdown are:

1. The impression that the virus can be driven out and the state can be declared virus-free to get some brownie points. There is no such thing as virus-free, and the only test is manageability, not zero cases.

2. Fear that the second wave will come without a vaccination. It may come, but our preparedness should give us the confidence to handle it.

Exits are desperately needed but are proving to be astoundingly difficult. Difficult because of fear of second wave, fear of lack of immunity and the risk of being dubbed as not so smart. Possibility of pulling back and making adjustments by tightening rules has not given them confidence.

The reason is, states have taken it upon themselves to prove that they are doing the best job and would like to come out as winners. Indeed they are doing a very good job. They are the only credible line of defence. Risk aversion is understandable, but their obsession with becoming virus-free and thereby trusting their approach to vanquish the virus is not understandable. Of course, we would not understand the subscript of thwarting predatory moves from the other side. Both states and the Centre are waiting for the other side to blink.

Public health problems are being handled as police problems and the politician has started enjoying it. It has become a classic prisoner’s dilemma, where cooperation is difficult to maintain when it is mutually beneficial.

​Forget about how to lift the lockdown, we are yet to be clear on when to. On the basis of the epidemic replication rate being less than one in most places and hospital beds available to take care of the possible surge of infection, the lockdown should be lifted. There may be a surge of new cases after lifting and there may be a second wave.

But lockdown in the first place was introduced for flattening the curve. That means breaking the crests into smaller crests which the health system can manage. Lifting lockdown will mean wearing masks and gloves, using hand sanitiser and maintaining social distancing and contact tracing.

​Lockdowns are inevitable and they helped in awareness building and in preparations. What is required is identification, isolation and treatment, which is possible with contact tracing. Apps like Arogya Setu are appropriate for contact tracing but require a large number of users to be effective.

There are legitimate concerns about privacy. But someone like the prime minister who has acceptance among people will have to assuage fears by unequivocally stating that the government and state agencies will not use it for any purpose other than contact tracing, and an ordinance to that effect can be brought detailing protection and punishment.

​It will be a great tragedy if scientists start second-guessing what politicians want. It would be a greater tragedy if politicians try to engineer scientific advice that they want. The biggest misfortune will be if the states and Centre continue to be locked in a prisoner’s dilemma without cooperating.

Both health and livelihood are state subjects and the states will do well to bite the bullet without looking over their shoulder for a cue. They carry the crucifix of getting the migrant labour back to work. The Central government can only provide guidance, it cannot make a real assessment on exiting the lockdown for a country of this diversity.

Sooner than later, states must start making a realistic assessment of how to kick-start economic activity after taking adequate precautions. Beyond a point, it may become counterproductive to play politics around this imperative. #KhabarLive