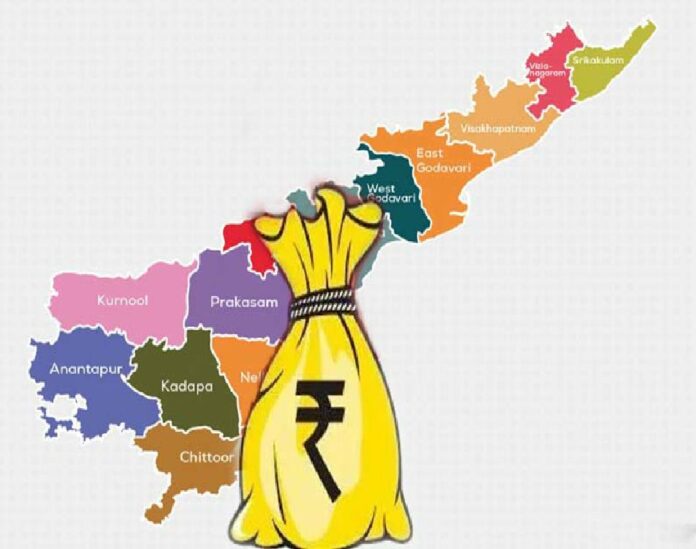 Borrowings are mounting in Andhra Pradesh while the state government directs all of its attention toward welfare schemes and providing social security.

Andhra Pradesh is the first among major states in the country in terms of percentage of state borrowing. In the 2020-21 financial year, YSRCP-led YS Jagan Mohan Reddy government borrowed 142% more than what was estimated in its Budget. According to a report by the Comptroller and Auditor General of India (CAG) in December 2020, the fiscal deficit of Andhra was Rs 68,536 crore in FY 2020-21. The next highest was Rajasthan with a deficit of Rs 40,190 crore. An increase in fiscal deficit implies higher interest payments. Interest payments are considered non-developmental expenses that add burden on the taxpayer. As of December 2020, the state government had accumulated Rs 13,406 crore as interest payments in the current fiscal year.

The Union government has routinely reiterated the need for increase in capital expenditure, especially after the pandemic. Krishnamurthy Subramanian, India’s Chief Economic Advisor, during the presentation of the Economic Survey 2020-21, stressed that it is necessary to focus on using borrowed funds to create assets, which in turn generates income for the people. Union Finance Minister Nirmala Sitharaman during the Budget speech on February 1 also stressed on greater capital expenditure.

Capital expenditure generates jobs in the short and long term, ensuring more employment and higher income for the people. Capital expenditure can lead to wealth creation, the Union Finance Minister highlighted. However, borrowings are mounting in Andhra Pradesh while the state government directs all of its attention toward welfare schemes and providing social security.

In order to continue to provide these schemes, the state government has also systematically raised the tax burden. The government raised taxes in the last year, which will add more than Rs 9,000 crore to the state’s revenue each year. The burden of indirect taxes on each individual in the state is high. Among other things, the government changed the system of property tax calculation. With the new system, the government is set to receive Rs 8,000 crore, an increase of 176%,with the old system collecting Rs 2,900 crore in property tax revenue as of 2020.

“It is alarming and unsustainable. We don’t know when this state will collapse. The figures themselves speak. The revenue deficit and fiscal deficit are more than the Budget estimations. The revenue deficit was estimated as Rs 18,434 crore for FY 2020-21, but it crossed more than Rs 49,809 crore by December 2020. Against the budgeted fiscal deficit of Rs 48,000 cr for the financial year, it crossed Rs 68,536 crore by the end of December,” observed IYR Krishna Rao, first Chief Secretary of residuary Andhra Pradesh. Krishna Rao is also a member of the BJP.

He added that the borrowings of the state fund half of the total expenditure, and dubbed it ‘unacceptable’. He said that this was a clear indication of a debt trap.

“Without understanding the financial implications, Chief Minister Jagan Mohan Reddy went on implementing his election manifesto. And now, he is thinking that he has to implement the manifesto in some way,” he further said.

PV Ramesh, a former Andhra Pradesh cadre IAS officer, who served as Additional Chief Secretary to Jagan Mohan Reddy observed that, “Expanding fiscal deficit by itself is inevitable in the context of COVID-19 pandemic and the resulting negative impact on livelihoods, especially of the poor and lower middle class. However, if the borrowings are used for financing revenue expenditure and not for investment, and if the government resorts to extra-budgetary borrowings to finance consumption expenditure, then the state could descend into a precipitous debt trap.”

Ramesh added, “Government revenues are collected from the people at large and the government is the trustee for the people’s money and manages it with the greatest diligence.”

He said that since 2018-19, the government’s financial condition “has been crowned with increasing fiscal impropriety and financial imprudence that could make the state insolvent as it would not be able to service the debt in the coming years.”

EAS Sarma, who served as Secretary, Government of India, Finance Department and also worked as Principal Advisor (Energy) in the National Planning Commission, said, “Against the state’s Budget estimate of Rs 48,296 crore of borrowing, by December 2020, it exceeded it by 42%. By the end of 2020-21, it will go up further, which shows excessive borrowings that the state may find it difficult to service in the coming years. Correspondingly, the interest payments will shoot up in the coming years.”

“More than 42% of the money that the state borrows goes into repaying the interest on past debt. As interest liabilities will further steeply increase, a higher and higher proportion of the borrowings will be spent in repaying the interest and the fiscal space for productive investment will shrink. This points towards a debt trap into which the state is slipping,” he added.

Sarma also said that such a situation will reduce the capacity of the state to spend on important sectors such as education, health,welfare of marginalised sections, etc.

In the current year, due to COVID-19, the economy suffered and the state’s revenue and the state’s share of central tax devolution is likely to come down, which is going to make the fiscal position more difficult.

“There are huge non-tax arrears which the state is not collecting, despite several letters by me to authorities. In my view, the state should bring out a detailed paper on the kind of liabilities that are going to build up during the next three years and how it is going to meet the same without burdening the tax-payer,” Sarma added.

A Chandrasekhar, Convenor, Human Rights Forum and a retired lecturer from Anantapur district stresses that the situation of Andhra’s finances may be called a classic debt trap. “Even though the economy is in recovery after the COVID-19 lockdown, Andhra Pradesh is suffering due to a lack of industrial sector contribution unlike in other states like Tamil Nadu, Telangana, Maharashtra and others. The state government is totally dependent on central grants. But, the Union government is not willing to bailout state governments for various reasons.”

Chandrasekhar further observed, “The state government has to reduce the Budget estimates, since there are no other sources except taxes. In the GST regime, the revenue sources of AP came down. The state government is caught between the devil and the deep blue sea. On one hand, it is spending on social programmes and on the other hand, the borrowing capacities are being reduced. You can not go on borrowing. There must be some balancing point. The Reserve Bank of India also will object.”

He added that the government is presently not even in a position to pay salaries on time.

“If the financial position continues like this, then there will be a financial emergency in the state and the central government has to take a big step to bail out Andhra Pradesh,” he added. #KhabarLive #hydnews