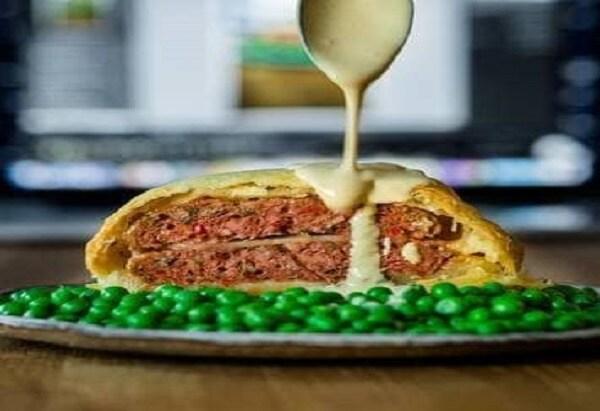 Even as technology gives us more options for mock meats, the debate is raging as to whether the highly-processed foods are good for your health.

In Udaipur, among the many mutton biryani and tandoor stalls at Shobhagpura Circle, a white-and-green food truck attracts crowds for its vegan ‘chicken’ hakka noodles and tikkas. Gudduz, a venture by GoodDot — and number two on Lonely Planet’s 2019 list of the world’s Top 10 vegan food trucks — is part of a four-year endeavour to popularise plant-based products that look and taste like meat.

“Our kiosk at Mumbai’s Colaba is a stone’s throw from Bademiya [known for its kebabs] and Leopold Cafe. It is great to be validated by meat eaters in areas popular for their non-vegetarian fare,” says Abhishek Sinha, CEO and co-founder, explaining, “Plant-based meats are healthier as they are high on protein, and free from antibiotics and growth hormones.”

Meanwhile, down South, every time Chennai-based Shakthi Girish returns from a trip to the US, her bags are packed with mock meat patties and sausages from Beyond Meat and Field Roast. “Rather than trying to fix a meat craving, we eat it for its advertised protein content and to experiment with progressive cuisine. It is also the perfect way to leave behind a much smaller environmental footprint,” says the co-founder of Galatta Media, who gave up meat nearly two decades ago, but recently discovered alternatives for her husband and children. The mother of two crumbles the patties and sausages to create taco fillings and ‘beef’ lasagne, and is looking forward to experiment with ground meatless-meat.

Pro mock
Varun Deshpande, Managing Director of The Good Food Institute, India, says companies like Beyond Meat and Impossible Foods are seen as models for the potential growth of the sector in India. “We expect several launches over the next year in the country, aimed at addressing rising meat and protein demand with sustainable solutions.” He says that plant-based meat is aimed at being a simple switch for consumers, away from what is already a highly processed food — meat (owing to antibiotics fed to animals and post-slaughter processing).

“Plant-based diets (including plant meats) have proven effective in addressing health concerns such as diabetes and hypertension. Because such meat is made from plants like yellow pea and ingredients like coconut oil, it doesn’t contain any cholesterol, or antibiotics — unlike meat. Different companies make their products from different ingredients, and it’s important to remember your health status and any dietary restrictions when thinking about what to eat,” says Deshpande who recommends people look out for sodium and sugar and maintain a balanced diet. “But if you’re eating burgers and hot dogs, you may want to consider making the switch to plant-based meat.”

ALSO READ:  Need A Tailor? Just 'TailorMe', All Your Tailoring Needs Is Just A Click Away

No excuses
Processed plant-based and cultured products (made from animal tissue in a lab) are still quite nascent in India, though we are making strides — the world’s first government research centre focussed on the development of cell-based meat is set to open in Mumbai this year, while start-ups like ClearMeat plan to start distribution of cultured protein soon. “In the metros, the upwardly mobile and well-travelled don’t need any convincing to try out the products,” says Sinha, who shares that sales have been good in the East, Northeast and South India, especially among meat-eating consumers. Varun Deshpande, Managing Director of The Good Food Institute (GFI), says companies like Beyond Meat and Impossible Foods are seen as models for the potential growth of the sector in India. “We expect several launches over the next year [in India], aimed at addressing rising meat and protein demand with sustainable solutions.”

Meanwhile, the West has been at it for a while, especially the fast food sector. Last November, KFC Canada partnered with US vegan meat substitute brand LightLife Foods to add a plant-based chicken sandwich and popcorn chicken to their menu. And it wasn’t the fast food chain’s first attempt at bringing in meat substitutes. In August, a partnership with Beyond Meat to test plant-based ‘chicken’ nuggets and boneless ‘wings’ was a hit: they sold out five hours into the test run.

High-end restaurants are also joining in. Gordon Ramsay launched the Impossible Burger at his Singapore restaurant, Bread Street Kitchen, last March, while Adrift by David Myers, CUT by Wolfgang Puck, Radisson Jodhpur and Leela Bangalore are experimenting with alternative meats, too. “Drop the excuses and get people over the line to eating more plants,” says chef Derek Sarno, director of plant-based innovation at Tesco, who launched Plant Chef in September 2019 with the UK-based supermarket giant, featuring products such as battered fish-free fillets made with soy and pea-protein meat balls. “There is nothing healthy about killing animals or taxing our planet’s resources to raise and produce animal products,” he adds.

The health debate
But is plant-based meat truly healthy? In a 2019 interview with CNBC Make It, John Mackey, co-founder and CEO of Whole Foods, said that while it might be good for the environment, it is not good for your health. “If you look at the ingredients, they are super highly processed foods,” he stated. Of course, the comment courted controversy because his supermarket chain was the launchpad for Beyond Meat.

However, the facts speak for themselves. Meat replacement products are frequently high in fats and sugars, and contain binders, stabilisers and a cocktail of other ingredients that consumers may not understand. “By the time you unpick all this, are there any health gains at all?” asks chef Walter Marskamp of Amsterdam-based root-to-seed restaurant, Yerba. “Vegetable burgers, for example, used to be patties of julienned vegetables just held together with pureed beans. Now all sorts of supplements are used to alter the texture and disguise the vegetables. Consumers read vegan and think it automatically means healthy, but in the case of such heavily processed foods, this isn’t so,” he adds. Marskamp, instead, chooses to offer diners a side of wild meat, sourced from a licensed hunter (who has a strict quota within a small hunting ground, and only kills animals of a certain age so as to leave the general population intact).

Crowd favourite?
Chennai-based vegan chef and food stylist, Neelima Sriram, whips up dishes with jackfruit, breadfruit and yams for her family. “These are excellent meat substitutes,” she says, adding, “Vegan meat and similar products are the way to go to reduce pollution caused by the meat manufacturing process. Research shows that we can significantly reduce carbon footprint [about 30%] by turning to such options. My mock meat Chettinad-style curry and chunky pastas are a favourite with my son. But we use them sparingly; only as indulgences once in 2-3 weeks because we avoid refined and processed food.”

Meanwhile, at Mini Vasudevan’s montly vegan potluck in Coimbatore “someone always ends up bringing in a mock chicken or mutton curry”. The co-founder of Humane Animal Society says that while she has tasted several mock meat products, she is not too fond of them “as I don’t enjoy its texture”. However, her husband, who turned vegan two years ago, eats plant-based meat tikkas, biryanis and fillets once or twice a week. “Any plant-based diet is better than meat products. But moderation is key,” she says.

Delhi-based nutritionist, Manjari Chandra, is of a similar mindset. “I’d rather people eat meat than opt for processed plant-based meat. Our ancestral diets [like paleo, for example] have proven that meat is good for the body. But you need to source your meat responsibly and in a hygienic manner.” The consultant at Max Healthcare explains that, ideally, mock meat should be made with greens and nuts, but as this is a costly proposition, companies use synthetics, additives and emulsifiers to gain the desired texture. “Such meats are counter-productive as they are high on chemicals. People can instead opt for fermented tempeh, soya, seaweed and sea vegetables to mimic the texture of meat,” she adds.

What’s the way out for consumers like Girish? To start with, being aware of what you buy. She recommends checking the food labels. “If you don’t like it, don’t buy it,” she says. “I love these products, but will I serve them every day? No. And that’s what I would decide for any processed, packaged product, whether it is noodles or [mock meat].”

Growing meat
In 2018, Humane Society International (HIS) India partnered with Hyderabad-based Centre for Cellular and Molecular Biology to develop laboratory-grown meat. Radhika Rao, campaign manager at HIS, says, “Since we have greater control over the components of cell-based meat, it is possible to create meat that is nutritionally superior [reducing fat content, or replacing saturated fatty acids, which are known to contribute to heart-related diseases]. Unlike highly processed foods, cell-based meat is a step forward to provide sustainable, wholesome nutrition to our future generations.”
Coming up

Nod to 3D: Israeli company Redefine Meat is developing technology to 3D print plant-based meat to replace beef. “Many fields are being disrupted, why should meat be different?” asks CEO Eshchar Ben-Shitrit, who is looking at launching a limited pilot of commercial machines by the end of 2020. “My experience in design and printing technology, and my realisation that new technologies must be found to replace animals led to the founding of the company [in 2018],” he says. His target is to create all the cuts found in beef using a “a combination of plant-based proteins and fats. It has no cholesterol, low saturated fat, is hormone and antibiotics-free, and has more fibre”.

Air protein: Hitting the market next year are meats made from air. Launched late last year by Kiverdi, a US-based company that seeks to make products out of carbon, air-based meat is inspired by NASA’s closed-loop carbon cycle concepts. The technology can be used to make meatless burgers, protein-enriched pastas, cereals, beverages and more. #KhabarLive 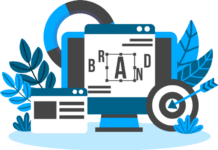 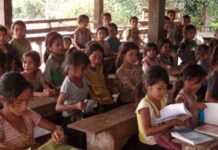 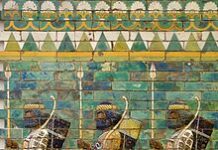