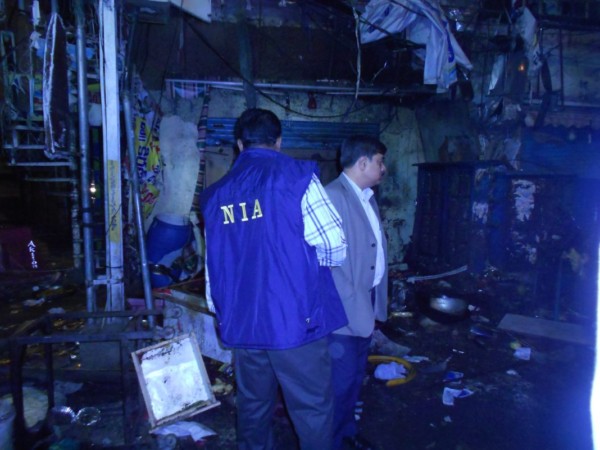 For Monday’s acquittal of the accused in the Mecca Masjid blast, my complaint is against the NIA’s biased and compromised prosecution. They deliberately conducted the investigation in such a manner that the court had to acquit the suspects. I do not blame the judge for giving the judgment that he gave. I blame the NIA.

There has been a pattern since the BJP government assumed office in 2014. In the Mecca Masjid bombing case, all the witnesses, about 50 of them, have turned hostile. In the Sohrabuddin murder case too, every witness turned hostile. The NIA closed the 2008 Modasa (Gujarat) bomb blast case in 2015 saying they didn’t have enough evidence.

Former special public prosecutor Rohini Salian named an NIA officer who told her to go soft on a particular case. The NIA has also not appealed in the Ajmer blast case, in which more than a year has passed since the judgment. Even in the present Mecca Masjid case, the government is not coming out and saying anything. The BJP spokespersons are talking but no one from the government, whether a minister or an NIA official, is speaking. All they are saying is that they will “examine the judgment”.

If we believe the BJP’s version, where does the investigation conducted by the slain Mumbai police officer Hemant Karkare stand? The Malegaon investigation by Hemant Karkare led to the findings in the Mecca Masjid, Ajmer and Samjhauta blasts. It was he who unearthed the connection between Aseemanand, Sadhvi Pragya and others.

The problem is that this government does not stand with the victims of this terrorist attack. It stands with the accused, and they are, it appears, taking sadistic pleasure in such a judgment. This ruling should have, instead, led the government to say that we apologise and we want to give closure to the victims who lost their loved ones.

Where is the closure for the victims?
I would blame the Congress for handing over the Malegaon case to the NIA when the Maharashtra anti-terrorism squad investigation was actually progressing well. A lot of issues were created out of this and we have arrived at this juncture now. The Congress has to take the blame; They could’ve easily expedited the prosecution of all these cases. But it has always been the policy of the Congress to first create a problem and then try to solve it.

What will happen to the victims now? I know people who died in the Mecca Masjid blasts. A boy whose head was torn into pieces had memorised half the Quran. He lived in an area called Salwar. I cannot go there and face his family now. Similarly, several people have not been able to lead their lives normally after the blast. Where is the closure for these people?

The NIA is not only a caged parrot, but also a blind and deaf parrot. An unprofessional organisation, they even fudged the Hadiya case. A premier investigative agency was looking into an adult girl’s marriage, her conversion and, subsequently, her decision to marry someone of her choice.

If you don’t have enough political capital, it will lead to a compromised prosecution. We have to differentiate between the investigation, the prosecution and the judiciary. The judge decides on the basis of whatever is presented before them. In our present system, miscarriage of justice has always happened with Muslims accused of a certain crime and now, in these cases, we have seen this happening to Muslims who are the victims.

It is high time we debate making investigative agencies completely free of political interference. But we will never do that because the governments require these caged parrots to control their political opponents, settle scores, and help people follow their ideology. #KhabarLive

(Disclaimer: The above views and opinion expressed by Hyderabad Parliament member Asaduddin Owaisi. HNN is not responsible for any difference of opinions and contradictions.)