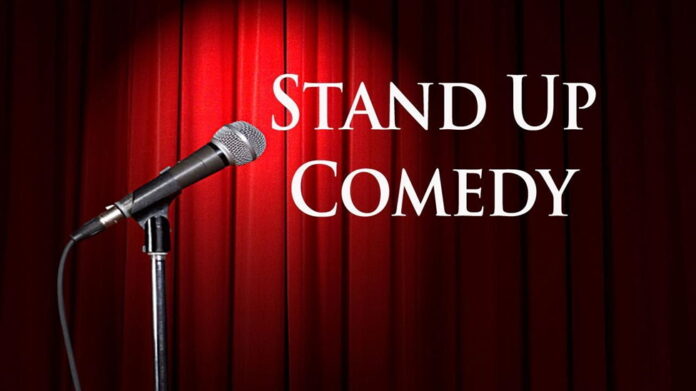 Count the numbers of times you laugh during this pandemic crisis. Very often you realised the need of laugh in this scared, locked life. The comedians you knew a few years ago and compare with the comedians you know today, you will realize the gradual transformation of comedy over years. It shows how people are going insane over Stand-up comedy!

You know, almost everyone loves comedy, and a survey held in 2018 in the US, is definitely the sole proof of this. The study revealed that comedy was the favourite genre among 90% of men and 91% of women. After all, who wouldn’t love to have a good laugh?

From Raju Shrivastava and Johnny lever to Zakir Khan and Biswa, our favourite comedians have come a long way indeed. Comedy became diverse in India paving way from TV to funny videos in our family WhatsApp groups.

Ever watched Mallika Dua’s shows? Her on-point comedy has become quite a rage with comedy lovers. The quintessential characters of Johnny lever and Hasan Minhaj are some of the most loved fun characters in India who shaped the future of comedy.

Every comedian has his or her own way of tickling people. The energy that Biswa showcased in his latest special, “Biswa mast aadmi” is absolutely amazing. Russell Peters, another legendary comedian who is loved by many NRIs, never fails to tickle us! Stand up comedy is no longer a past time show, rather something people choose deliberately and enjoy to the core.

AIB, Ameesh Mathew, Vir Das, and many pushed the boundaries using the biggest entertainment industry (Bollywood) to tell the country that Stand-up comedy exists in India and is a better alternative in entertainment.

The controversy they landed in, made sure that my parents and their generation knew about Stand-up comedy! Comedy + controversy is the spice of life and garners a cult following. Obviously they are cleverly crafted,  and loosely based on current happenings in the world of politics, worklife, sports and the common man.

Apart from these shows being rib tickling and hysterically funny, they also highlight erratic and  dark sides of our lives. Sometimes even meaningless, but who cares if it heals your stress levels.

Let’s understand why comedy as a genre & in the form of stand up comedy is dominating the entertainment world even more in the lockdown.

Facebook and YouTube have  given a new lease of life  to comedy. Comedians like Biswa Kalyan Rath, Kanan Gill, Abish Mathew, Malika Dua, took to these social platforms to virtually connect with their audience.

Their relatable and engaging content of stand up comedy  took no time to become viral among the audience and eventually develop a steadfast fan base through social media.

After attracting  a powerful fan-following with the youth and young adults on these mediums, it was now time to reach a larger audience. As people’s hunger for comedy grew, so did the opportunities in creating comedy content.

2017 saw major players like Prime Video and Netflix getting serious to expand their comedy business, and this eventually opened the doors for many to explore this form of entertainment.

Soon, OTTs like Disney+Hotstar, Zee5, AltBalaji, Voot, Eros Now which earlier produced comedy web series and shows, are now releasing exclusive Stand-up comedy content, branding it as an “Originals” by collaborating with these comedians. There is also a rise in the podcast business, along with the OTTs

2. I can walk, speak and laugh in English: The Rise of English-speaking Audience

How can we talk about comedy and not mention our desi-guy, Russell Peters, who made comedy seem like a good career to follow! Russell Peters originally started the trend for Indians by his signature “Desi English Comedy.”

The English-speaking Indian millennials preferred this form of entertainment as it spoke about their aspirations and represented their community to the world, which eventually made it so relatable!

Charlie Chaplin said that “Life is a tragedy when seen in close-up, but a comedy in a long shot!”

And that’s what these comedians do – they take a serious topic, twist it and spice it up with humor and satire. Boom!

Do you follow Zakir Khan who became famous  for  using “Sakht Launda” slang as a way of expression? He uses his singlehood to convey his struggles to deal with relationships and love-life. Every guy on earth relates to his comedy because he speaks the truth and pains of befriending a girl!

And do you like Malika Dua? Her signature style is the quintessential Delhi-based character, Makeup Didi, which will tickle your bones as it is so hilarious, and it is real – that is why people relate to it!

People relate to reality. There were times earlier when you could make people laugh forcibly by playing the recorded laughs – now people, whether young or our senior citizens, love and look up to real-life based content. Humor reduces stress levels for all age groups.

ALSO READ:  Pandemic And The Panchayats Of Telangana

4. Do people favour live shows over the recorded ones?

With the rise of OTT platforms, people wanted to connect with their comedians. Gone are the days of recorded cliché comedy with canned laughter; people like real-time experience of comedy more.

They prefer to spend INR 500 and even INR 2000 to watch live-shows of their favorite comedians rather than spend money on movie theaters because it gives them an edge over cliched Bollywood movies with canned laughter!

Also, attending a live Stand-up comedy show is an original experience where the audience has the time to interact with their entertainers.

One thing that millennials have got it sorted is the fact that we want what we need. We don’t like to be a burden, and we dislike following the crowd.

Major OTT platforms like Amazon Prime and Netflix tap on this emotion. They know once a Stand-up comic has built its tribe, his value increases, heaps and bound!

Comedians like Biswa Kalyan Rath, Kanan Gill, Zakir Khan, Sourabh Pant, Atul Khatri, who are all well known in the Stand-up comic industry, have secured their original shows on these leading OTT platforms.

The spotlight on these Stand-up comedians has driven people from all over the age crazy for their content. They have rightly segmented their target audience to have their shows run successful and go viral over the internet.

Few of the leading mentions include:

Every comedian has come up with their signature style of tickling people, and what happens when all of these come together under one roof? Cracker of a show, No?

Our favourite Comicstaan, which started in 2018, was a tremendous deal in the industry where India’s most talented comedians judged and mentored up-and-coming comics to find India’s next big comic sensation.

Since each of these Stand-up comics in India have their own distinct identity, they all have created a niche audience for themselves.

Comedy, which was initially to make people laugh, slowly sprouted into becoming a means for others to think, and ponder, develop dialogue through their sarcastic social commentary.

We no longer have just girlfriend-boyfriends jokes; comics use their reach to relate with the audience on impending issues.

Some leading genres in comedy include

Another Stand-up comedian, SaiKiran, mocked the stereotypes of Indian society regarding Dark complexion in a very positive and humorous way-

Well, these are just a few examples. Stand-up comedians hit some serious issues like education system, marriage and relationships, breakups, politics, nepotism, social inequality, insults, mockery of news and media. Only to prove that the audience relate to serious issues better when they tell such severe news in a lighter tone.

7. Fan following: Praja of all age

Comedy has a far-reaching audience. No longer is it a source of entertainment just for youths or young adults and the millennials.

Everyone wants their fair share of laughter. Every age has got a comedian – Atul Khatri, a 50+ year comedian, or the evergreen Russell Peters, or Rajneesh Kapoor.

Our grandparents, too, have their favourite Stand-up comics they admire and attend the open mic shows.

So, comedy is an ageless industry – as long as your content is relatable and you’re able to connect the audience, you’re funny!

Stand-up comedy – Should you pursue as a career or as audience?

So the business of evoking laughter infront of a live audience is becoming a full time profession for many.

During COVID times, when people are sinking into depression and attention spans are dwindling, stand up comedy shows are a great way to divert attention.

Yet taking up this form of art as a career is not so easy. You need to have a permanent love affair with comedy. Exposure, visibility and choosing the right platform are equally important along with talent and drive. There are many comics out there who are good enough to break through and yet only so many break through.

As an audience, definitely a win-win, for these are literally epic and make you pee in your pants!