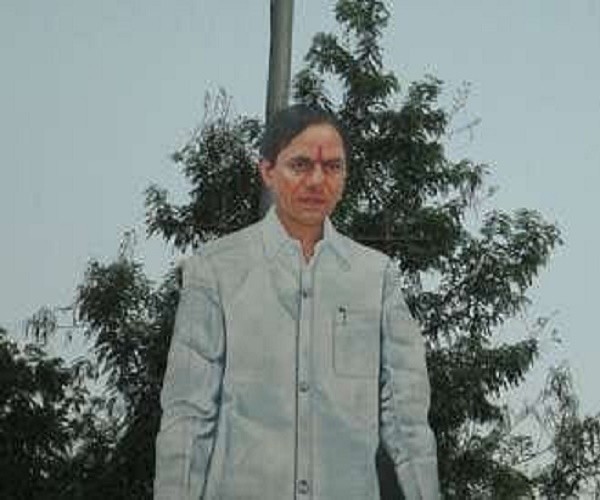 The party that claims to represent the aspirations of the people of Telangana, is now plunging into the depths of appeasement politics. In 1926, Nawaz Khan founded the Majlis-e-Ittehad-ul-Muslimeen (MIM) with a sole objective of uniting extremist Muslims to prop the rule of Nizam in the state of Hyderabad.

A lawyer from Latur, Kasim Razvi, joined MIM later and converted the organisation which was already communal to rabidly violent. It is under the leadership of Kasim Razvi, a fanatical militia, Razakars, was raised to support Nizam’s rule. These Razakars wanted Hyderabad state to merge with Pakistan instead of remaining independent. They tried to influence Nizam to merge the Hyderabad state, which had 85 per cent Hindu and only 12 per cent Muslim population, with Pakistan. It was Rizvi himself who had once said: “We Muslims rule because we are more fit to rule.”

It’s this fanatical MIM that Abdul Wahed Owaisi, grandfather of Akbaruddin Owaisi, headed after Razvi left for Pakistan. It was Abdul Wahed Owaisi who changed the name of MIM to AIMIM. Whoever knows the history of Razakars won’t be surprised by the language of Owaisi brothers today. Once the state of Hyderabad merged with the union of India, AIMIM was banned and Razakars were disbanded. The Congress party helped revive the AIMIM in 1957. This is something today’s AIMIM wouldn’t want people to know.

The point to note here is that Razakars had the blessings of the Nizam of Hyderabad. And it is this AIMIM that Telangana Rashtra Samithi (TRS) party romances with while calling the Bharatiya Janata Party (BJP) ‘communal’. The hypocrisy of Telangana Chief Minister, K Chandrashekhar Rao (KCR) doesn’t stop here. When he spearheaded the movement to demerge Telangana from Andhra Pradesh, he often praised revolutionaries like Komaram Bheem, Chakali Ilamma, Poet Daasarathi Krishnamacharyulu who fought against the MIM (Razakars) and oppressive zamindars (often called as doras) during the movement. After assuming the Chief Minister’s office, KCR started praising the Nizam at every opportunity he got.

On the one hand, he praises those who fought against the Nizam and on the other, he has the audacity to praise the same ruler. Is it merely self-contradiction, or compulsion of vote bank politics?

All thanks to Operation Polo, it was on 17 September 1948 the state of Hyderabad was liberated from the clutches of the Nizam and the Razakars. KCR demanded 17 September to be celebrated in united Andhra Pradesh before and during the Telangana movement. However, the story changed when he became the Chief Minister. Seemingly in order to appease the Islamists of Telangana and to keep AIMIM happy, KCR refused to officially recognise 17 September as the ‘Telangana Liberation Day’. When BJP confronted him over this, K T Rama Rao (TRS MLA who holds multiple portfolios), popularly known as KTR, said, “There is no need to celebrate ‘Liberation Day’ as we now have ‘Formation Day’ on 2 June.” One wonders if KTR failed to understand the difference in significance of these two days or is it just appeasement politics that’s forcing him to say so.

For a party that poses to represent the aspirations of Telangana people, how does it explain its chemistry with AIMIM, a party that is anti-Telangana? AIMIM always wanted a united Andhra Pradesh as that would keep its Muslim vote block intact. After all, isn’t this the reason why TRS calls Telugu Desam Party (TDP) anti-Telangana, as it was in favour of a united Andhra Pradesh? Nevertheless, TRS didn’t mind working in alliance with AIMIM which was also in favour of a united Andhra Pradesh. Sri Krishna Committee report says, “AIMIM also, while strongly advocating the cause of united Andhra Pradesh as being in the best interest of economic growth and welfare of the minority Muslim community, stated that in the event of division of the state it would be in the community’s interest to form a new state combining the regions of Telangana and Rayalaseema.”

If not minority appeasement, how else does one explain TRS-AIMIM alliance and TRS’s double standards?

The alliance between TRS and AIMIM was just the beginning. TRS recently announced a series of schemes in favour of minorities, which makes anyone wonder if it’s AIMIM that’s in the driver’s seat. This observation is reflected in the design of many of TRS’ policies. This week, the Telangana government passed a bill that ordains Urdu as the second official language of the state. Calling Urdu as an official language in the assembly, Minister Tummala Nageshwara Rao announced the revival of Urdu academy.

The Telangana government announced 100 per cent subsidy of up to 2.5 lakh for small scale businesses of the minority community. Have a business idea and don’t belong to minority community? Then find your own source of money, seems to be the attitude. Minorities will also be given 10 per cent quota in the double bedroom houses built by the state. And that’s not all. The government also announced an industrial estate and IT corridor exclusively for Muslims in the state. The Telangana government also plans to establish an Islamic Cultural Convention Centre on Wakf land in line with the one in Delhi. The government allocated a whopping Rs 40 crore for the convention centre apart from 21 crore allocated to build an orphanage for the Muslims. Monthly remuneration of imams has been hiked. The Telangana government also wants the Wakf board to gain judicial powers. The same government doesn’t want to give Hindu temples the freedom to at least manage themselves. It’s hardly surprising that a TRS MLA displayed the same attitude of favouritism recently.

However, the Chief Minister did not stop here. He requested the centre to increase the Haj quota for Muslims in the state. This very same Chief Minister never announced any scheme to help Hindus financially to go on a Chardham Yatra. Given the fact that the government controls the income from Hindu temples, it is unfair when money is spent on communities whose institutions aren’t controlled by the government that is ignoring Hindus. In the name of development for all sections of society, what KCR is doing is ‘segregation’ of society. Even the residential schools are separate for minorities (Telangana Minority Residential Education – TMREIS) which are in line with Telangana Social Welfare Residential Educational Institution Society (TSWREIS). With targeted financial assistance to particular communities and imposition of segregation on students from a very young age, we might see ‘progress’, but the society remains segregated.#KhabarLive