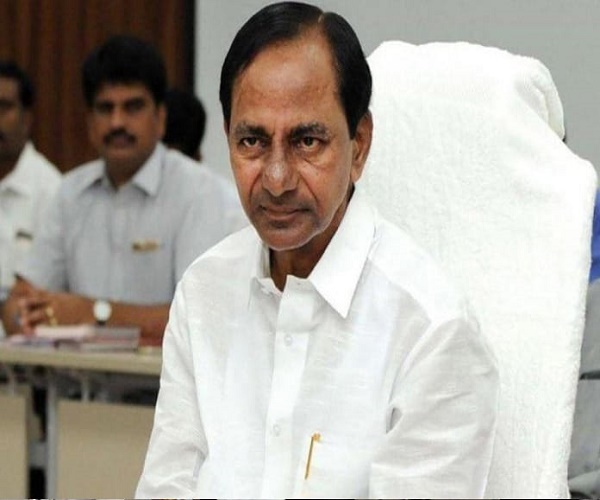 The TRS appears to have started packaging the return gift to Andhra Pradesh Chief Minister N Chandrababu Naidu. This has amped the political heat in Andhra Pradesh. Now the next step will be K Chandrashekar Rao going to AP to hold further talks with Jagan on other issues.

While every political party is giving its own assessment of what would be the political fallout of this alliance, analysts say that the TRS has been inconsistent in its stand on various issues. KCR had thundered during his first term as CM that if needed be, he would sit on dharna at Jantar Mantar to get the resolution on reservations accepted by the Centre.

Just before elections the TRS demanded the seven mandals that were merged in Andhra Pradesh be given back. After the elections, KCR praised the Prime Minister but again within a few days, he and KTR too started saying that the Centre was appreciating their schemes but was not giving funds.

Against the backdrop of this situation, the meeting of KTR and Jagan has opened a Pandora’s box. While KCR, KTR and all TRS leaders have repeatedly been claiming that they had supported Andhra Pradesh in regard to Special Category Status which has been endorsed by Jagan today, the AP government came out with the number of cases Kavitha had filed in Supreme Court against Polavaram.

ALSO READ:  Vaayu — The 'Hyderabadi Superhero' Making Waves All Over

The TRS feels that this single meeting has shaken the TDP and it was reacting out of panic. But if the reactions from across the State whether it be the political parties or the common man are any indication, this move of YSRCP has the potential of becoming another self-goal.

If TRS sources are to be believed, KCR may not directly campaign in Andhra Pradesh but would certainly be advising Jagan as the YSRCP leader has welcomed KCRs moves for Federal Front. But Assaduddin Owaisi would campaign and try to influence the Muslim voters in favour of YSRCP particularly in Rayalaseema region and Guntur district which has substantial Muslim population.

Interestingly, the first reaction of the Congress was that KCR certainly needs to be congratulated. Just as Naidu’s campaign helped KCR to rekindle sentiment in Telangana before the elections, the alliance between TRS and YSRCP has already made all other parties in Andhra to take a stand that TRS and YSRCP are playing the role of ‘B’ team of Narendra Modi. All political parties are now comparing the situation in Andhra to that of battle of Mahabharat.

Special Category Status has already become a sentimental issue and that the TRS is playing the role of Sakuni in Andhra politics. It is a fact that the BJP has no chance of even getting deposit in Andhra. Hence the Congress feels will help to revive its political prospects. Even the CPI(M) reacted sharply saying that the meeting with Jagan was convened under Modi’s direction.

The TDP on its part is trying to firm up the sympathy factor by recalling all that KCR had said against Chandrababu Naidu since the elections to Telangana Assembly were over. They are also recalling how the TRS has been inconsistent on issues like seven mandals which were merged with AP soon after bifurcation to enable Polavaram project works to be taken up and other issues.

Recently, KCR had expressed his anger or anguish over Naidu’s campaign in Telangana during the recent Assembly elections along with the Congress. Rao used strong words to criticise Naidu. He called him a ‘monitor lizard’. A ‘Shani’ to the people of Andhra. He said Naidu was not an administrator but a manager. He said Naidu was a liar and rakshasa doing dirty politics. He even mocked at the raft technology for construction of new Secretariat building in Amravati. He called it a big joke.

The TRS chief also accused Naidu of lying over financial assistance from the Centre and claimed that the BJP-led Central government assisted Andhra Pradesh properly and that was why Naidu in the past had rejected the demand for a Special Category Status for his State.

Calling Naidu’s claims of developing the Cyber Tower and bringing IT to Hyderabad a lie, KCR said it was actually former Prime Minister Rajiv Gandhi and former Congress CM Janardhan Reddy who were instrumental in the development of hi-tech city. He also did not mince words when he said he would give a return gift to Naidu. The powder keg for elections is ready. One has to wait and see how and which way it would explode. #KhabarLive