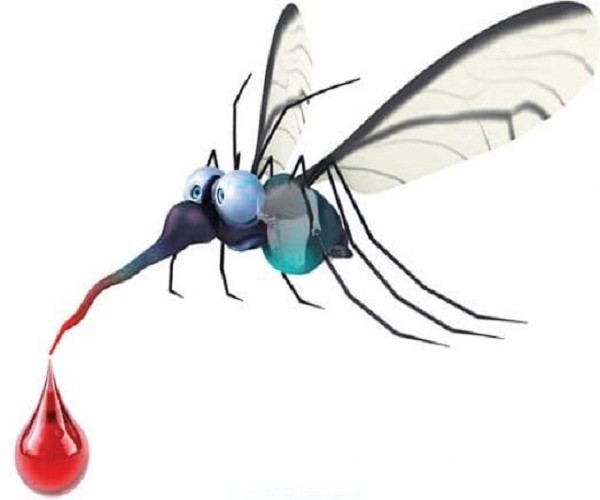 The country’s largest outbreak of Zika virus has been reported in Jaipur, Rajasthan in which 50 persons have tested positive and more are expected in the coming days. The outbreak in Jaipur will test the preparedness of public health machinery and the State-run institutions in Telangana, which are already under a lot of stress from seasonal ailments like dengue, seasonal flu H1N1, malaria and chikungunya.

The spread of Zika virus from Jaipur to neighbouring States will depend on how well the healthcare workers from Rajasthan, Integrated Disease Surveillance Programme (IDSP) and National Centre for Disease Control (NCDC) manage to localise and contain the outbreak. The outbreak has also brought back focus on mosquitoes, especially the Aedes aegypti mosquito that transmits Zika virus through its bite. One must also remember that Aedes aegypti, which prefers to bite people during the daytime, is the same mosquito that is responsible to spread dengue and chikungunya.

Traditionally, monsoon seasons between June and September are considered as the ideal time breeding of Aedes mosquito and this is the time when a maximum number of dengue, malaria and chikungunya cases are reported.

According to the World Health Organisation (WHO), based on the available information from previous outbreaks, a severe form of Zika virus is not common and even the fatalities are quite rare if the treatment is initiated at the right time.

Just like in dengue and chikungunya, there is no ‘silver bullet’ vaccine or a dedicated drug to prevent or treat Zika virus and due to its potential to impact a larger chunk of the population, the WHO in February, 2016 had declared the ailment as a Public Health Emergency of International Concern.

While the action plan to handle such ailments, which tend to trigger public health emergency, will kick-in in the coming days or weeks, the fact remains that the success of such measures will also depend a lot on the extent of community engagement and participation.

Expert asks public to take basic precautions
An expert in disease surveillance and Superintendent of Fever Hospital, Dr. K Shankar points out that Zika virus is very different from swine flu virus. Talking to Telangana Today, Dr Shankar said that the former is transmitted by mosquito bite, blood transfusion and sexual contact while the latter is transmitted in the air.

There are top-level disease surveillance experts who are at the ground level in Jaipur, trying their best to contain and limit the spread of the disease. As I understand from the present developments, Telangana should be safe from Zika virus but we have to be on alert and can not afford to relax. It’s always a good idea to avoid travelling to Jaipur during this time of the year.

On dangers of Zika virus
Public must remember that Zika virus is transmitted when they are bitten by an infected Aedes aegypti mosquito. Like every year, this is not the ideal time for Aedes mosquito to breed. However, we must continue to take precautions. Like any other viral ailments, there is no set treatment for Zika virus and patients have to be treated based on their symptoms. Pregnant women must be careful because if they test Zika positive, then it will be risky for the foetus because it will suffer abnormal brain development.

On seasonal ailments in Telangana
Telangana does have its own share of seasonal ailments in the form of dengue, chikungunya, malaria and the seasonal flu H1N1 all through the year. In fact, according to our past experience, this is the time when H1N1 cases are expected to rise in State. The season of dengue, malaria and chikungunya usually is between June and September. However, the Jaipur outbreak should be a lesson for health and municipal officials, who must take anti-mosquito breeding exercises till December.

What public can do?
Any number of public health measures will be futile in controlling seasonal ailments, unless community in general and individual families in particular are not engaged and proactive. Many in Hyderabad have had a lot of experience with H1N1 and I would urge them to take basic precautions from seasonal flu and mosquito-borne ailments. Getting rid of places that encourage mosquito breeding must be taken-up.

Origin and prevalence of Zika
According to the WHO, Zika virus was first identified in Uganda in 1947 in monkeys, which means it is a zoonotic disease. Later on, by 1952, Zika was identified in humans in Uganda and the United Republic of Tanzania. The outbreak of Zika virus disease has been recorded in Africa, South America, Asia and Pacific. Between 1960 and 1980, sporadic cases of human infection were found across Africa and Asia, typically accompanies by mild illness.

The first recorded outbreak of Zika virus disease was reported from the Island of Yap (Federated States of Micronesia) in 2007. This was followed by a large outbreak in French Polynesia in 2013 and other countries and territories in the Pacific. In March 2015, Brazil reported a large outbreak of rash illness, soon identified as Zika virus infection, and in July 2015, found to be associated with Guillain-Barré syndrome.

In October 2015, Brazil reported an association between Zika virus infection and microcephaly. Outbreaks and evidence of transmission soon appeared throughout the Americas, Africa, and other regions of the world. To date, a total of 86 countries and territories have reported evidence of mosquito-transmitted Zika infection.

The WHO said that the Zika virus disease has the potential for further international spread given the wide geographical distribution of the mosquito vector, a lack of immunity among the population in newly affected areas and the high volume of international travel. #KhabarLive