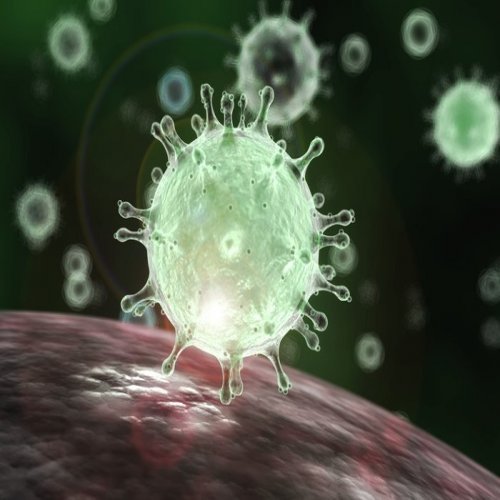 The KCR govt is not allowing private labs to conduct tests. The state itself only tests symptomatic patients, creating much concern about the Covid situation in Telangana.

As an instance of troublesome experiences, one, Suchita Kodati, a resident of Hyderabad, has been stressed since her parents, Prabhakar Rao and Rama Rao, returned from the US on 17 May.

“They took three flights — from Dallas to Chicago, Chicago to Delhi, Delhi to Hyderabad, given the limited flights amid the Covid-19 pandemic. My mother is nearing 60 while my father is 62 and a heart as well as a diabetes patient,” Suchita said, adding that she has been struggling to get her parents tested for Covid-19.

The Raos were initially lodged at a Hyderabad hotel for a seven-day institutional quarantine, before being sent home for another week of self-isolation, as is the procedure.

Since they have not shown any symptoms, they were neither tested at the hotel, nor can they approach private labs.

Despite having been allowed by the Indian Council of Medical Research (ICMR), which is overseeing India’s battle against coronavirus, to conduct tests, private labs have been barred by the state government from doing so.

Even a Telangana High Court order calling for the state to allow private labs to conduct tests has yet to be implemented.

The K. Chandrashekar Rao government in the state claims that the bar is meant to avoid panic among residents, but the state’s low testing numbers have become a matter of much concern.

The state had tested a total of 22,842 samples until 14 May, according to government data, of which 1,388 were positive. In comparison, Andhra Pradesh had conducted 2.01 lakh tests until 14 May, while Maharashtra and Tamil Nadu had carried out 2.30 lakh and 2.79 lakh.

The state has repeatedly been pulled up by the central government for its dismal testing figures, but it has defended itself, saying Telangana is prioritising diagnosis for symptomatic patients and then identifying possible infections through thorough contact tracing.

The state had reported more than 3000 coronavirus cases and more than 100 deaths, but there have been fears that the Telangana’s situation may be akin to a bubble about to burst.

While Suchita’s parents, wary of infecting others, went straight to their house, without even meeting their daughter, many foreign returnees are said to be roaming around freely.

ALSO READ:  Inside The 'Dangerous Business' Of 'Rent-a-Womb' And 'Baby Factory' In India

In the absence of testing, they are all potential transmission risks. And the state’s residents are feeling the pressure. “Is foreign travel not enough of a reason to be tested?” asked Suchita.

Dismal testing figures
Telangana’s Covid testing is currently being handled by state-owned facilities alone, and the low testing figures have been under the scanner for quite some time now.

On 7 May, Union Health Secretary Preeti Sudan wrote a letter to the state chief secretary, asking Telangana to enhance testing. Among other things, Sudan noted that the state had a higher positivity rate — the ratio of positive diagnosis to the number of tests conducted — than the national average.

At a meeting this month with chief secretaries, health secretaries and municipal commissioners of all states, Cabinet Secretary Rajiv Gauba is learnt to have pulled up Telangana for their low testing rate.

“The cabinet secretary told the Telangana officials that the fewer number of tests that they are doing as compared to their population, sooner or later Covid-19 cases will blow up,” a government officer told #KhabarLive.

Then there are the interventions by the Telangana High Court.

On 20 May, the high court asked the state to allow authorised private labs to conduct Covid-19 tests, calling the government bar “highly unconstitutional”. The court reportedly suggested allowing asymptomatic patients to approach private labs would help reduce the burden on the state government.

On 26 May, the high court asked the state to also test dead bodies for possible Covid-19 infection, noting the transmission risk to family members. The state has not been testing dead bodies.

In its order, the high court asked the Telangana government to increase the number of tests being carried out throughout the state as far as practically and financially feasible, but added that the government “cannot be permitted to hide behind the fig leaf of ‘financial constraints’ as the life of the people of the state is priceless”.

The court was hearing a batch of five petitions, which, among other things, had alleged that the Telangana government was not carrying out Covid-19 tests as vigorously as it should.

State health authorities, however, defend their record, saying their testing yardstick is guided by ICMR norms.

Fourteen private labs, including hospitals, in Telangana have the ICMR’s approval to conduct coronavirus tests. Most of these labs, #KhabarLive learnt, have been receiving nearly 80-100 calls daily since the high court order, from local residents keen to be tested.

However, labs have refused all requests, saying they are awaiting an “official order from the state health department”.

“We have been specifically told that we cannot test until we get a go-ahead from the government,” said a senior lab assistant at one of the ICMR-approved Hyderabad-based labs.

An Apollo Hospitals spokesperson said the same thing, stating that they are “still waiting for an official order from the state government”. “Until then, we cannot start testing,” the spokesperson added.

An official of Medcis Pathlabs, another ICMR-approved facility, said the same thing when contacted by #KhabarLive.

The director for public health in Telangana, Dr G. Srinivasa Rao, confirmed this, saying the government is working on framing some guidelines before private labs can be allowed to conduct Covid-19 tests.

“It will be allowed only on the condition that the private labs/hospitals will have to report to the state as we need to ensure contact tracing is carried out. We are drafting some guidelines for the same,” he said.

Asked why the health authorities weren’t abiding by the high court order, state health minister Eatala Rajender told #KhabarLive that the state knows best how to protect its people.

The state is also yet to begin testing the dead. Dr Raja Rao, superintendent of the state-owned Gandhi Hospital, the key Covid-19 facility in the state, said, “We do not have permission to test dead bodies.”

It was on 20 April that the director of public health had issued an order stating that dead bodies will not be tested.

Questioned on this violation of the high court’s directive, Rao said there were 3 lakh deaths, on average, in Telangana every year, “which translates to 800 per day”.

“If one starts testing all dead bodies, where will we go, who will test the living for coronavirus?” the director for public health added.

Amid this low-testing scenario, the state’s residents are deeply worried, especially the people flown back from abroad as part of the Vande Bharat mission.

Prajeeth, 33, a mechanical engineer, who returned from London, said they had “to put so much pressure on the hotel staff”, but couldn’t be tested.

Suchita Kodagi said all her appeals had fallen on deaf ears too.

“Even I made calls and spoke to the tourism incharge at the hotel but was told they have no permission from the state. Is foreign travel not enough of a reason?” she added.

This, despite the fact that the number of cases in Telangana has increased amid the foreign arrivals. According to the health bulletin issued 9 pm Friday, 30 such people have tested positive so far. No fresh case was reported among the repatriated Indians Saturday.

A different column for foreign returnees, migrants
The state government data released Friday night showed 169 new positive cases, the single-biggest one-day spike, taking the total number of cases to 2,425, and the number of deaths to 71. Recent statistics shows, the number had risen to 3000+ cases and 100+ deaths, the fresh fatalities including three more in count.

The state government has attributed the steep rise in cases and deaths to the large-scale return of migrants from states like Maharashtra, Gujarat and Andhra Pradesh. Among the state’s Covid-19 cases, 186 are migrants, according to government recent figures.

The state initially planned to disallow people from these states to enter Telangana, but was unable to monitor the process, Dr Srinivasa Rao said.

This week, with the exception of Saturday, the number of cases recorded daily has been crossing 100 – for the first time since Covid-19 was diagnosed in the state on 1 March.