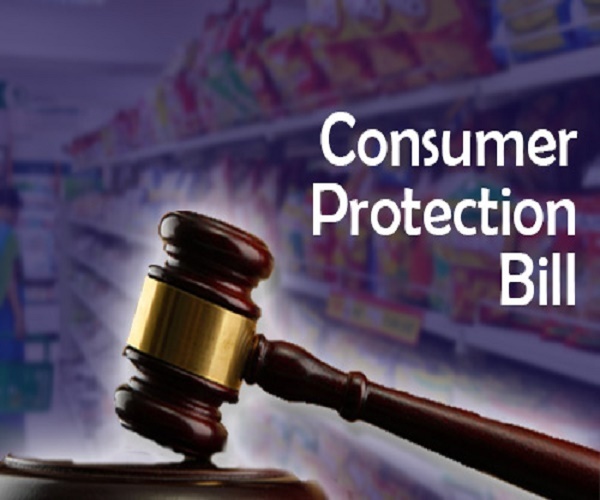 The ongoing winter session of Lok Sabha is turning out to be quite tense for doctors’ fraternity, not just in Telangana but across the country. It could well become a landmark of sorts, at least for healthcare sector, given the kind of legislations the House is expected to pass.

Among the many Bills that have been given green signal during this Lok Sabha session, the Consumer Protection Bill of 2018 is turning out to be the most contentious one. Due to the aggressive opposition, the Bill has the potential to bring the government and doctors to a flashpoint.

Then in 1994, the Supreme Court brought medical profession under the ambit of the Consumer Protection Act 1986. With this, patients and their relatives started approaching District Forum, State Commission and National Commission for Consumer Disputes Redressal with their complaints on healthcare professionals and institutions.

The Consumer Protection Bill 2018 has clauses that will make it possible for District Consumer Forums to entertain complaints where the value of goods or services and the compensation claimed is up to Rs 1 crore from existing Rs 20 lakh.

In addition to all this, the Bill proposes that there is no need of judicial members in the District, State and National Consumer Commissions. It also allows associations and other bodies, apart from individuals, to lodge their complaints and proposes to set up consumer mediation cells at district, State and national level.

While senior consumer rights activists have hailed the Bill as the best thing to have happened to protect the rights of consumers, individual doctors and bodies representing them fear an increase in the cost of treatment, which ultimately will fall on patients and their relatives.

‘Treatment costs will surge’
There is no denying the fact that the enhanced ‘pecuniary jurisdiction’ of district, State and national consumer forums will have far-reaching implications for practising doctors and corporate hospitals.

According to IMA Telangana chapter president Dr Pratap Reddy, the Consumer Protection Bill 2018 will encourage more medical negligence cases, including frivolous and motivated allegations, that could potentially ruin the reputation of the healthcare provider. It may also encourage trumped up medical negligence cases, which could end up harassing the medical community.

Senior doctors from IMA point out that almost a majority of the individual doctors these days, just to protect themselves from medical negligence cases, opt for professional indemnity insurance. Once the Consumer Protection Bill 2018 is passed, doctors will be forced to take indemnity insurance of Rs 1 crore or even more.

“How will the doctor afford to pay the premium for indemnity insurance? They will simply pass on the extra cost to the patients. This will definitely increase the cost of treatment and impact patients,” IMA Telangana members said.

Doctors say the Bill does not talk about levying penalties on persons who try to foist frivolous cases against doctors. Many also point out that Bill provides for the presence of mediation cells for consumers. “What if these mediation cells at district, State and national level become a tool to harass our members and blackmail them at every opportunity,” they argue.

On opposition to Consumer Protection Bill
Doctors have been opposing the medical profession being included in the Consumer Protection Act since 1986, and it has not changed much even now. We are witnessing many genuine medical negligence cases but their redressal is not up to the mark. There is a dire need to protect the interests of consumers, and if doctors are rightly discharging their duties, then why panic or oppose the Bill?

On claims that judges are not that well versed with medical issues
The Bill very clearly defines what is medical negligence. They may claim that judges do not have medical knowledge, but it is not so. Supreme Court judges routinely deal with such cases, and they need not have knowledge of engineering and medicine. They can deal with anything. We strongly are for including doctors in the Act.

On Consumer Protection Bill
Patients have a right to know what kind of treatment they are undergoing. It is the responsibility of the doctor to explain about the ailment and what sort of treatment is necessary for the patient. Doctors must take patients into confidence and then provide treatment.

On present-day healthcare
Healthcare, in general, has become commercial and a challenge for a common person. The moment we enter a corporate hospital, the first question they ask is whether you have insurance and then they treat you accordingly. Therefore, consumer rights must be protected. #KhabarLive