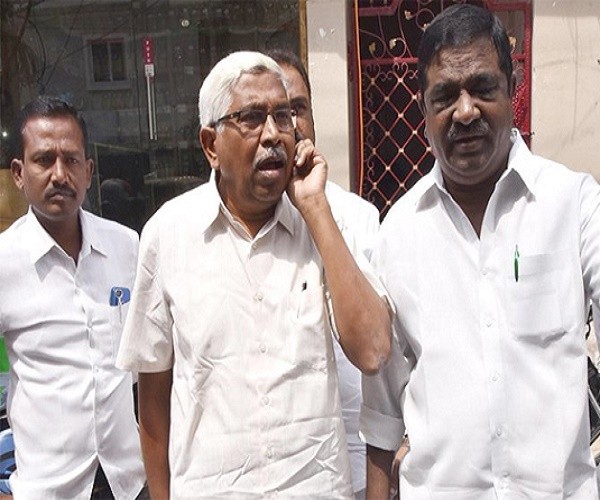 Is TJS supremo Prof.Kodandaram becoming a ‘use and throw’ material? Time was when he was the chairperson of the T JAC. He was the pivot of the Telangana movement. His charisma, image and leadership has helped the Telanganites.

But, now he is part of the Maha Kutami. Now, serious questions are being asked as to whether he has become a victim of Congress Party’s clever politics.

Many of Kodandaram’s close acolytes and even followers say that Kodanda has erred in joininghands with the Congress. The Congress has now finally after much drama denied him a ticket.

ALSO READ:  In Telangana, 180+ Hospitals Under 'Aarogyasri Scheme' To Go On 'Strike' Over Non-Payment Of Bill Dues

Janagam is now given to former PCC chief Ponnala Lakshmaiah and Kodandaram has been made Maha Kutami convener. This post actually means nothing regardless of the outcome of this election. Also, it appears that only Kodandaram had sacrificed, while all other parties got what they demanded.

It is clear that Kodandaram could not understand the Congress politics.Initially. a show was made saying Kodandaram would be the candidate from Janagam. But, now it turns out that Rahul Gandhi himself spoke to him and convinced him to make way for Ponnala, a BC.

If this is the situation now, one can very well imagine what would be the fate of Kodandaram after the elections. #KhabarLive