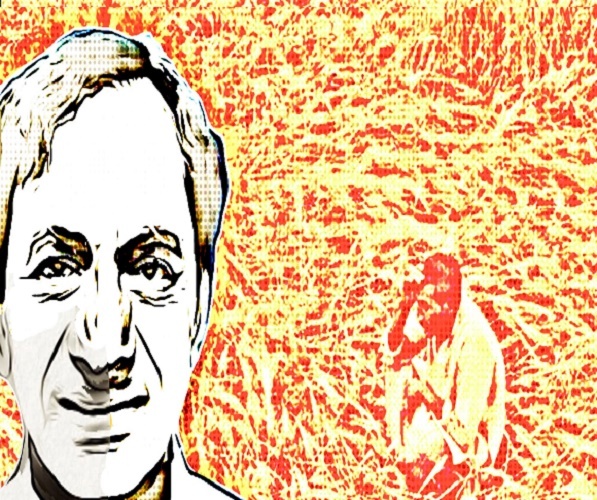 The TRS enjoyed a landslide victory in Telangana state election Tuesday by winning a two-thirds majority. Many are linking the victory to TRS’ Rythu Bandhu scheme, which is India’s ‘first ever farmer investment support’ policy. Rythu Bandhu includes a grant of Rs 8,000 per acre annually to all Telangana farmers with land titles.

Rythu Bandhu a much-superior policy than even loan waivers
Farmers are under immense distress – there are no two ways about this fact. If the current government continues to deny this, they are living in a world of their own.

One way to deal with this distress is to announce higher MSPs, as the government has done. But market prices are way below MSPs indicating that the government does not have the paraphernalia to procure all these crops at higher MSPs.

The second possibility is to implement an income support policy. We can give farmers, on a direct per hectare basis, an income support. This is exactly what Rythu Bandhu scheme of Telangana is doing.

The only glitch in this policy is that tenant farmers feel they aren’t the direct benefactors of this scheme, and that it is only the landowners who stand to gain. However, if the scheme is advertised properly, the market should adjust the tenant rents automatically. If that fails to happen, it surely is a weakness of this policy.

But even with this weakness, Rythu Bandhu is still a much-superior policy than price support, or even loan waivers.

Lakhs of tribal and women farmers are left out of the scheme
The Rythu Bandhu scheme is meant to provide cash support at the beginning of the season to help the farmers purchase inputs and begin cultivation. This is a welcome support, but it should reach the actual cultivators.

A major problem is that the scheme is limited only to landowners. In Telangana, there are 15 lakh tenant farmers who form 25 per cent of the total agricultural households. And, 75 per cent of the farmer suicides in the state are by tenant farmers. The stated purpose of the scheme is to help farmers come out of the debt trap, but leaving out the farmers worst affected by the debt trap is a fundamental flaw.

The Land Licensed Cultivators Act, 2011 prescribes the procedure to identify the actual cultivators and ensure they are entitled to all government schemes, but this is not being implemented.

Lakhs of tribal farmers, temple land cultivators and women farmers are also left out of the scheme. Of the Rs 12,000 crore spent on this scheme, about Rs 4,000 crore is going to absentee landowners or farmers owning more than 10 acre. For this scheme to reach the right people, a comprehensive land records survey should be done to ensure a more inclusive approach.

Most importantly, this scheme can only supplement other support systems, and not substitute systems like price support, crop insurance and institutional credit. The cost of cultivation per acre is between Rs 20,000 and Rs 30,000, while the Rythu Bandhu support is only Rs 4000 per acre per season. So, it doesn’t remove the need for other means of support.

Rythu Bandhu is an excellent scheme to address farmers’ woes
Rythu Bandhu is a game-changer because it shows the way for future transfer of benefits to farmers by making it much easier for the government to reach them directly. In Telangana, the TRS government had waived farmers’ loans amounting to Rs 17,000 crore in the past four years, benefitting some 36 lakh farmers.

The TRS government then went on to implement the Rythu Bandhu scheme in addition to every other existing scheme. The question is whether direct benefit transfer can be a substitute for other subsidies. This is something which has to be decided by the Centre as fertiliser subsidy lies in their domain. Electricity and water subsidies are in the purview of the state governments. It won’t be easy, but this must be done because it is the only way to not cause distortion in markets.

This scheme is least market-distorting in nature, and if the benefits can be transferred directly to the farmers, they will hopefully grow less water-intensive crops. It is a much better scheme than the existing ones, including loan waivers.

While the fact that these benefits aren’t reaching the tenants directly is a valid criticism, the difficulty is that none of the states record tenants’ names properly. Tenants keep changing every few years as well. Perhaps, another scheme like universal basic income can be implemented to help the tenants, but as far as farmers’ woes are concerned, Rythu Bandhu is an excellent scheme.

Scheme like these just buy political patronage than pull farmers out of agrarian crisis
In many ways, the Rythu Bandhu scheme is what many of us want for farmers in terms of direct income support as a last effort when the government is not able to improve incomes through an initial basket of measures.

While it has not been a direct income support scheme, it could very well have been. It gives the farmer the freedom to shift to an ecological agriculture paradigm, for instance, with the direct subsidy being given. And lets him/her opt for low cost, local, organic inputs. This is something that we want to see happening, rather than farmers being caught in a subsidised chemical agriculture paradigm. However, what we don’t know yet is what will happen if other subsidies are withdrawn.

We should remember that this is an additional subsidy for inputs over and above what all farmers in India get. The most important shortcoming is that the scheme is keeping out a very large number of tenant farmers who are the real cultivators. Amongst the farm suicides in Telangana, the largest are of tenant farmers. If you are not supporting real cultivators in this scheme, the only conclusion is that you have a scheme like this just to buy political patronage and not to pull real farmers from their acute agrarian crisis.

Further, issues of equity are a matter of concern in any ‘per acre’ scheme.

KCR has far more pragmatic approach than Rahul Gandhi’s Congress
As far as farmers in Telangana are concerned, TRS’ K. Chandrasekhar Rao has implemented some really important measures, such as the Rythu Bandhu scheme, which is putting money into the hands of the farmers.

Till date, no other government has introduced cash subsidies for farmers. Having cash in hand really helps the farmer during the sowing season.

KCR wants to play an important role in national politics. If he enters Andhra Pradesh politics, we expect him to decentralise farming policies. As a farmer activist, we are very happy with his approach.

Rahul Gandhi’s Congress sat on the Swaminathan report for 10 years and didn’t take a single measure to ensure farmers’ woes are assuaged. KCR has a far more pragmatic approach than him.

Congress has no clarity on agriculture. So long as they remain in power in the north Indian states, the state of the farmers in the region will remain the same. #KhabarLive