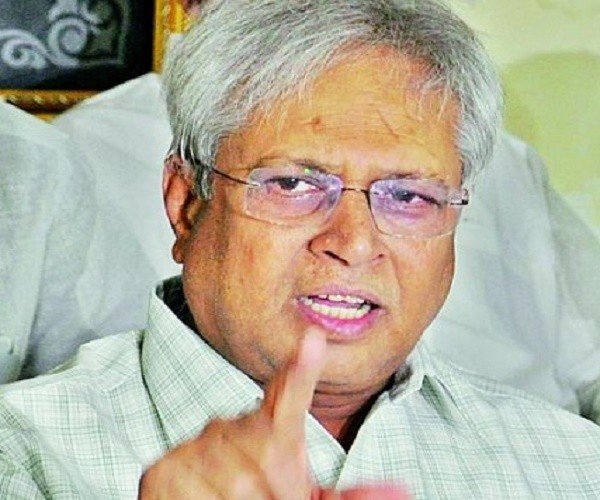 Notwithstanding his frequent political U-turns, alleged rank opportunism and nepotism, one cannot but agree the fact that Telugu Desam Party president and Andhra Pradesh chief minister N Chandrababu Naidu is a seasoned politician and commands respect from all political leaders across the country.

Yet, of late, one can find Naidu speaking incoherently and losing his balance of mind while making statements whether it is inside the assembly or at public meetings. This was the opinion expressed by former Congress MP and an intellectual politician Vundavalli Arun Kumar.

Participating in a television channel interaction, Vundavalli said many people might differ with Naidu and his politicking, but there was absolutely no doubt that he was the most popular politician from the south.

“Apart from Karunanidhi and Jayalalithaa, Chandrababu was the only leader who was well-known in the north. Now that Jayalalithaa is no more and Karunanidhi is inactive, Naidu is the only tall leader from the south,” he said.

Vundavalli, however, said Naidu, of late, appears to have lost his mental balance.

“I am thoroughly disappointed with him. There is a huge difference between Naidu of 2000s and now. I do not know what has happened to him, but definitely there is something wrong with him,” he said.

The former MP suspected that Naidu had turned megalomaniac, describing himself as super hero and claiming to have achieved everything on the earth.

“If you have made any achievement, people will give you credit automatically. But Naidu himself is boasting of what he has done. This is crazy,” Vundavalli observed. #KhabarLive