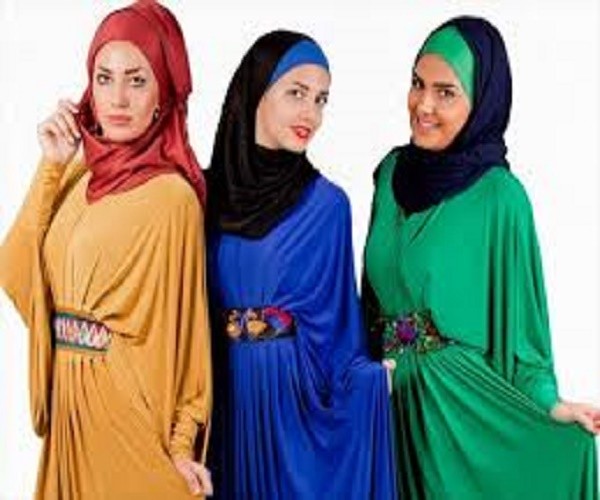 Muslim spending on fashion is expected to touch $488 billion by 2019. Nike, the well-known US sportswear company, recently introduced a sports hijab. The reaction to this was mixed: there are those who are applauding Nike for its inclusiveness of Muslim women who want to cover their hair, and there are those who accuse it of abetting women’s subjugation.

Nike, in fact, is not the first corporate brand to champion the hijab. I am the author of Brand Islam, and I have seen how it is commonly assumed, particularly in the West, that Muslim women are indifferent to fashion.

Nothing could be further from the truth: my research shows that Islamic fashion is a rapidly growing industry.

History of sports hijab
The use of an official sports hijab in competition dates back to July 2012 when the International Football Association Board, custodians of the rules of soccer, overturned a 2007 ban that had argued that the hijab was unsafe for sportspersons as it could increase the risk of neck injuries.

While overturning the ban, the International Football Association Board noted that there was nothing in “the medical literature concerning injuries as a result of wearing a headscarf”. The sports hijab is secured in place with magnets. If it does get pulled off, another cap remains underneath, to cover the sportsperson’s hair without causing any injuries.

In 2012, Muslim athletes wearing the hijab received considerable media attention. Wearing the hijab set them apart from other Olympic athletes. Since then, several lesser-known, sports hijab companies – much before Nike’s pro hijab – have come to be in this business.

ALSO READ:  Is It Good For New Entrepreneurs To Enter Into The 'Pharma Industry'?

In my research, I found that it started in the 1980s when ethnic grocery dealers in western Europe and the United States began importing modest fashion clothing along with other items for the Muslim population. That proved to be a successful business.

Prior to that, most Muslim women would put together their own styles. These small endeavours ultimately morphed into a competitive and lucrative Muslim fashion industry. Islamic fashion in general is understood as women wearing modest clothing with long sleeves, descending to the ankle and having a high neckline. The outfits are non-hugging, with some form of head covering that could be draped in a variety of styles. Women who prefer to wear pants combine them with a long sleeved top that covers the buttocks and has a high neckline, along with a head covering.

Over time, national and international designers came to be involved in the sale of chic Islamic fashion. Today, Muslim fashion is a lucrative global industry with countries such as Indonesia, Malaysia and Turkey leading the way outside the western countries. In 2010, the Turkish newspaper Milliyet estimated the global Islamic clothing market to be worth around $2.9 billion.

ALSO READ:  In Tollywood, The Bottom Of The Pyramid Is Leading The #MeToo Movement

The Global Islamic Economy report for 2014-2015 indicated Muslim consumer spending on clothing and footwear had increased to $266 billion in 2013. This represents a growth of 11.9% of the global spending in a period of three years. The report predicted this market to reach $488 billion by 2019.

The Islamic brand
This growth has had its share of controversies: many designers use the term Islamic for their clothing. Religious conservatives and Muslim scholars have raised questions about what types of apparel would fit that category and whether defining clothing as Islamic was even permitted or lawful by Islamic principles – a concept known as halal.

In particular, critics have objected to the fashion catwalk presentations, which actually draw the gaze and attention of spectators to the bodies of models, while the purpose of a hijab is to distract and move the gaze away from the body. In Iran, for example, Islamic fashion is viewed by the ulama (religious scholars) as another western influence and referred to as “Western Hijab”.

Nonetheless, the Islamic fashion industry has managed to initiate marketing campaigns that capitalise on the very core of Islamic precepts: Sharia, or the Islamic religious law. A Malaysian apparel company, Kivitz, for example, uses the phrase “Syar’i and Stylish”. In Malay, Syar’i is the same as Sharia.

In establishing a nominally Islamic brand, marketers make every effort to align their products with the core value of Islam. So, even when following the trendy fashionable seasonal colours and materials, clothing styles would include some sort of head covering.

Who are the consumers?
The question still remains: what led to such a rapid growth over a span of just three years?

My research has demonstrated that Muslims are more brand aware than the general population. However, in the past they were largely ignored by the fashion industry, perhaps, due to misconceptions that being a Muslim restricted people’s lifestyle.

And now, with a growing Muslim population, there is an increased demand for modest but also fashionable clothing for the youth, who have significant spending power. At the same time, traditional elite and wealthy West Asian consumers who used to shop for fashionable clothing from European nations now prefer to shop from homegrown Muslim fashion designers.

Indeed, the halal logo on food and other products in addition to modesty in clothing has proved to be an effective strategy in creating a global Islamic identity.

As I have seen in my research, consumerism is changing what it means to be modern and Muslim today. As the scholar Vali Nasr explains: “The great battle for the soul of the Muslim world will be fought not over religion but over market capitalism.” #KhabarLive