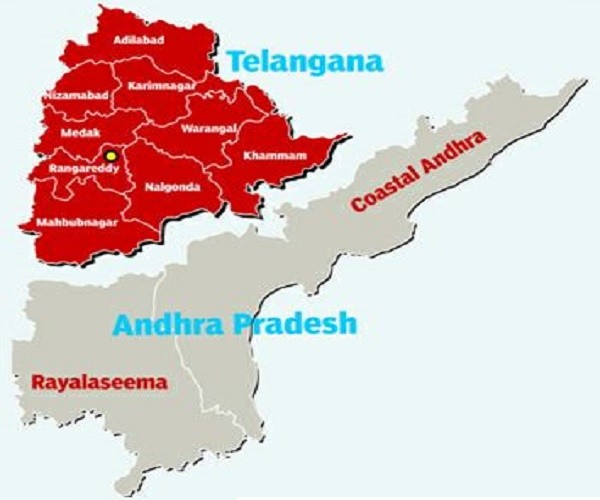 At a time when people of both Telangana and Andhra began allowing themselves the luxury of hope that the rivalry between the two states is behind them and that they could move forward on the road to development, the irresponsible comments by a few leaders in both the states slamming each other would only vitiate the atmosphere.

It all started when Andhra Rajya Sabha member TG Venkatesh, without any apparent provocation, demanded Telangana Chief Minister K Chandrasekhar Rao to support AP’s battle for Special Category Status. If he stopped at that, it would have been nice, since KCR himself had said on several occasions that he does not mind sitting with AP Chief Minister N Chandrababu Naidu to sort out the issues that are still raging between them. In fact, KCR had declared Naidu as his best friend also.

But Venkatesh went further said that if KCR does not support SCS demand of AP, then AP leaders would campaign in the next assembly elections against TRS in areas dominated by Andhras not only in Hyderabad, also elsewhere in Telangana. He had even pointed out that they had done similar campaigning against the BJP in Karnataka when it was going to the polls for ditching the state by not bestowing Special Category Status.

This was nothing but provoking the Telangana leaders into attacking AP leaders. Telangana Rajya Sabha member K Keshava Rao immediately lashed out at Venkatesh, describing him as a deranged person and heckled him for his anti-Telangana rant during the height of the movement for separate state. As expected, Venkatesh reacted this time using intemperate language.

The point is once a row begins, it does not end because both the sparring sides keep accusing each other and, taking the cue, the other leaders of both the parties began firing volleys of charges which is what the people had seen in the past.

The controversy should not have arisen now, particularly at a time when there is a beacon of hope that the differences between the two states are going to be hammered out. The Centre too is seized of the unresolved issues and has even called a meeting of both the states in June to find out ways to bring about a rapprochement between the two siblings states.

The lower rung leaders should keep in mind that promoting politics of hatred before an issue is closed would reap dividends, but not afterwards. Now that Telangana State is a fait accompli, there is no point in threatening the TRS on backing Special Category Status, as the purpose of kindling flames of hatred would not be fulfilled.

ALSO READ:  TDP Knives Are Out For Attack, But Not To Strike On War

Maybe AP leaders should keep in mind the fact that in 2016, two years after the bifurcation of the state, the TRS has made near sweep of the councillor seats in the GHMC including areas where Andhra population is quite significant which proved the fact that they have settled for TRS since it is the party in power and was in a position to deal with the problems in their wards better. The TRS did not even contest GHMC elections in 2009 for fear of total rout but look how the situation had changed after the division of the state. #KhabarLive