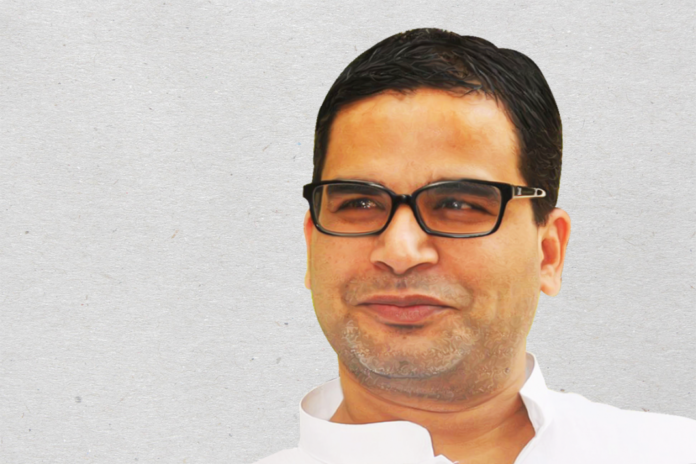 The image makeover of Jagan has meant that the keyword searches for ‘Jagan’s house in Bengaluru’, ‘Jagan’s cases’ have reduced. Those in-charge feel it reflects a change in perception.

When Prashant Kishor’s Indian Political Action Committee (IPAC) was hired by the YSR Congress in July last year, he came with an enviable reputation. He had scored a hat-trick with Narendra Modi in 2014, Nitish Kumar in 2015 and Amarinder Singh in 2017. The Congress disaster in Uttar Pradesh the only blemish.

So, when the first test came a month later in the form of the by-election in Nandyal, caused by the death of the YSRC MLA who had defected to the ruling Telugu Desam, Kishor was expected to showcase his magic.

It did not happen. The YSRC lost the election by a margin of 27,000 votes, even though Kurnool district is seen as a party bastion. In 2014, the YSRC had won 11 of the 14 assembly seats in the district. Critics were quick to blame both YSRC leader Jaganmohan Reddy and Kishor.

The defeat made the party realise that it had to strategise better in order to take on the political machine of Andhra Pradesh chief minister Chandrababu Naidu. Nandyal had seen Jagan indulge in a bodyline attack.

“Naidu should be shot dead for cheating people of Andhra Pradesh and his false promises and double-speak on every issue. Naidu made so many promises to farmers, minorities, women, unemployed youth but failed to deliver. He is treacherous. He is like a Kaliyuga demon,” Jagan had thundered during the campaign.

At another meeting, Jagan said there was nothing wrong if “someone like Naidu was hanged for his wrongs”.

The first task of Team IPAC was to work with the party to rebrand Jagan. They identified a set of flaws in public image that needed urgent mending.

They set about projecting him as a politician who could be trusted with the leadership of the state. Therefore, Jagan is now marketed as Jagan Anna (brother), to lend him that soft personal touch, endow him with the familiarity of someone known. Images of a smiling Jagan have been released on social media, posing for selfies with students, children and elderly people.

One of the oft-heard feedback about Jagan was that he was not accessible. The padyatra that he embarked on in November from Kadapa district, was meant to address that perception, to make the man on the street feel connected. The aim was to focus on the grassroots for about six to eight months, with no over-the-top campaign. It was reminiscent of the walkathon that his father, the late Y.S. Rajasekhara Reddy, had undertaken in 2003. YSR’s padyatra had helped bring the Congress to power a year later.

Since the party’s image was being associated only with Jagan in public perception, it was felt it was not sufficiently dipping into the goodwill that YSR had enjoyed. A new initiative called `YSR Kutumbam’ (YSR family) was aimed at fixing this. It was an exercise to reach out to families to tell them what YSR did between 2004 and 2009 and contrast that with Naidu’s regime post 2014. So far, 95 lakh people have been enrolled under YSR Kutumbam.

Earlier, an adhoc mechanism existed in the party where a team of senior leaders providing feedback on what the people think on a particular issue. The process has now been streamlined with an extensive feedback mechanism put in place by ensuring detailed surveys among the stakeholders on any issue — from ‘special category’ status to Polavaram to agitation for high court in Rayalaseema. The goal is to provide Jagan with an accurate picture of what people want before he addresses people during his ongoing padyatra.

But have things been turned around?

Sources in the party leadership say the padyatra is only to get the party machinery in mission mode. More importantly, the direct people contact gives the party and the team the meat to formulate constituency-specific strategies well before elections are announced.

The focus on the digital space by pushing in content on Jagan’s padyatra has meant that over a period of time, the searches for ‘Jagan’s house in Bengaluru’, ‘Jagan’s cases’ have reduced. Those in charge feel the keywords reflect a change in people’s perception.

But if the social media space is going to be a battleground, Jagan has a long way to go. Naidu has 36 lakh followers on Twitter while Jagan trails behind at 5.5 lakh.

Politically as well, Naidu has had the upper hand so far, with the TDP going ballistic trying to paint the BJP as the villain of the Andhra story. MPs and ministers have gone public accusing the Modi government of not honouring the promises made in the AP Reorganisation Act. The TDP has also managed to create the impression that Jagan in order to get his cases watered down, will strike a deal with the BJP.

The YSRC is clear that if the TDP wants to dump BJP because it is an electoral liability, there is no reason why it should catch the falling knife. The move by Jagan to say he is prepared to support a no-confidence motion against the NDA government on the question of Andhra’s interests being met, was an effort to nullify that perception. By announcing his MPs will resign in April if the NDA does not keep its word, Jagan is trying to compete with Naidu for the mantle of being the protector of Andhra’s interests.

The one problem that plagued Jagan in 2014, however, persists. While there is no doubt that Jagan is a crowd-puller, election results are proof that those who come to hear him do not necessarily vote for him. Prashant Kishor’s biggest challenge will be to set that right. #KhabarLive