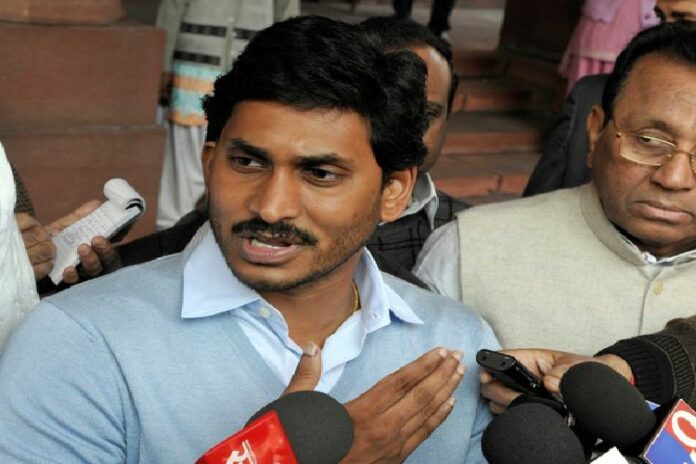 In a dramatic moves, C.V. Mohan Reddy, who was Advocate General of Andhra Pradesh when Jagan Mohan Reddy’s father Y.S. Rajasekhara Reddy was the CM, on the implications of the letter.

On October 10, Andhra Pradesh Chief Minister YS Jagan Mohan Reddy’s office released an explosive letter written by him to Chief Justice of India S. A Bobde. The letter, dated October 6, accused Supreme Court’s sitting judge, N. V Ramana of “influencing the sittings of the (AP) High Court including the roster of a few honourable judges” and cited “instances of how matters important to Telugu Desam Party (opposition in AP) have been allocated to a few honourable judges…”. The letter complete with annexures, has also accused the state judiciary and five of its judges of “bias…towards Telugu Desam Party and its interests, in the nature of orders passed staying investigation, staying enquiry and the rest…”.

The CM, as the head of the state, has requested the Supreme Court to look into the “subject matter” and “consider initiating such steps…considered fit and proper to ensure that the state judiciary’s neutrality is maintained”.

Justice N.V. Ramana is first in line for the CJI’s post and is expected to assume office in April 2021. The strongly worded letter, which also accused two of Justice Ramana’s daughters of being “beneficiaries of various questionable transactions” (according to the primary report of a cabinet subcommittee probe), has come at what seems to be an opportune moment for the first-time CM and his YSR Congress Party government, which came to power in AP in 2019. Over the past week, the CM has been in talks with Prime Minister Narendra Modi and Bharatiya Janata Party President Amit Shah, amid speculations that his party could join the National Democratic Alliance.

On Monday evening, the Andhra Pradesh high court ordered a CBI enquiry into alleged “derogatory comments” made by YSRCP leaders on social media against the judiciary.

“The current allegations are against Justice N.V. Ramana who is in line to be the next CJI. And the allegations against him are raised by another constitutional functionary, the Chief Minister of a state. He is the duly elected representative of the people and the head of the state. The letter should be given due importance. If this letter is not given importance and the matter is not taken forward, then which other complaint would be taken up?” asks C.V. Mohan Reddy, who was Advocate General of Andhra Pradesh between 2004 and 2009, when Jagan’s father and Congress leader Y.S. Rajasekhara Reddy was the chief minister.

In an interview with #KhabarLive, Reddy pointed out that Y.S.R. Reddy’s government had also written to the then-CJI in 2008 against a sitting Supreme Court judge.

Edited excerpts from the interview.

AP Chief Minister YS Jagan Mohan Reddy’s letter to the Chief Justice of India is in the public domain. Is a Chief Minister writing to the CJI with allegations against a sitting Supreme Court judge an unprecedented move?

This is not the first time that a government complained against a sitting judge to the CJI. In 2008, when Y.S. Rajasekhara Reddy was the Chief Minister of Andhra Pradesh, his government did write to the then CJI (K.G Balakrishnan) against a sitting Supreme Court judge.

Why was this complaint made? Did you get a response from the CJI?

In the letter, the government accused the sitting judge of issuing statements which are political in nature in favour of a political party. At the time we did not get any response from the CJI. In fact, we had not expected any response from the CJI because the letter only questioned the judge’s political comments. We had not questioned his integrity as a judge. This instance of the CM of AP writing to the CJI is, however, different from the 2008 letter.

How is it different?

First the letter was not written by the CM in 2008. It was written by the law minister of the YSR-led Congress government. Second, the first letter was only about politically motivated comments by a sitting judge. The letter sent by Chief Minister Jagan Mohan Reddy questions the integrity of the sitting Supreme Court judge, Justice N. V Ramana, and accuses him of interfering with the AP government on behalf of another political party (TDP). This letter also has details of the sitting judge’s actions and that of his family members and friends which has warranted such a complaint from the CM.

Do you expect CJI Bobde to look into the matter this time?

Yes, of course. The current allegations are against Justice N. V Ramana who is in line to be the next CJI. And the allegations against him are raised by another constitutional functionary, the Chief Minister of a state. He is the duly elected representative of the people and the head of the state. The letter should be given due importance. If this letter is not given importance and the matter is not taken forward, then which other complaint would be taken up?

This allegation has also come up after the Supreme Court conducted an internal enquiry against former CJI Justice Ranjan Gogoi, refused to penalise him and later came down on senior advocate Prashant Bhushan for ’contempt of court’. Can Jagan Mohan Reddy be accused of undermining the authority of the court, which is the most powerful institution of jurisprudence in the country?

Contempt for court cannot be used as a weapon to silence criticism. People have the right to raise genuine grievances that they have. Most importantly, a complaint which is based on facts that can be discerned from the complaint itself, cannot attract contempt proceedings. The matter cannot be swept under the carpet by invoking contempt proceedings.

If the Supreme Court wants to prove itself supreme, as an institution on which people can rely or an institution which is willing to take action on its own members when such complaints are raised, it has to take this complaint into consideration.

If the Supreme Court takes action to end such political nexus, it will certainly strengthen the institution the foundation of which was shaken over a former judge’s political appointment soon after his retirement.

Can the head of the legislature expect the highest court to look into such a matter, especially when there is no precedent? Doesn’t it amount to undermining the authority of a sitting SC judge and five other High Court judges named in the letter?

Yes, it does undermine the authority. Complaint against anybody who is in power can be treated by that person as an attempt to undermine their authority. But that does not mean that his conduct should not be looked into. Besides, a former judge of the Supreme Court Justice Chelameswar in 2017 had underlined the nexus between Justice Ramana and Chandra Babu Naidu, when he wrote a letter about foul play in judicial appointment.

Can this be looked at as a power tussle between the legislature and the courts?

Even though the AP Chief Minister’s professed aim is for the Supreme Court to ‘look into the subject matter’ and ‘consider initiating such steps as may considered fit and proper’, will any other judge stand to benefit if Justice Ramana is implicated in any probe?

I do not think anyone will benefit.

I do not think that such a ‘favour’ is the basis of the complaint at all. It is not that CM Jagan Mohan Reddy is related to or needs any favour from Justice Lalit. Neither can Justice Lalit as the CJI help the CM in all the various (13 Enforcement Directorate) cases he is facing.

The CM complained only because a judge of the Supreme Court went out of his way to politically help somebody.

Are there other instances when sitting judges of the Supreme Court were denied the CJI’s chair because of political pressure?

When Indira Gandhi was the Prime Minister, several Supreme Court judges were superseded.

But that in turn was followed by a declaration of state emergency.

It is not because of the emergency that the supersession of four judges took place. It was because Mrs Gandhi wanted a CJI who is loyal to the ruling regime.

Should such attempts to control the judiciary be emulated?

It should not be, and that is why the Chief Minister’s letter is even more important. #KhabarLive #hydnews