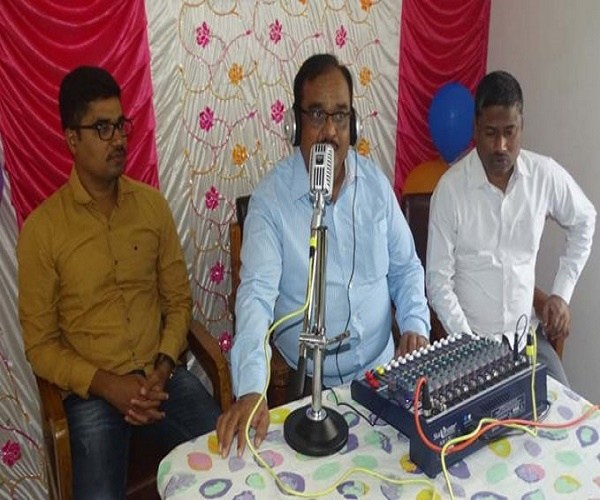 Three central prisons in Telangana will have radio stations airing programmes by prisoners. Inmates of State prisons have a new role to play. They can now go live, anchor programmes, entertain their fellow inmates and share anecdotes. This is facilitated by a unique concept launched by the Prisons Department called ‘Jail Vani’ or ‘Jail Radio’.

To start with, the three central prisons in the State will have radio stations wherein the prisoners can show their talent. On Sunday, the Central Prison Hyderabad, Chanchalguda, kicked off the concept with the launch of the first radio station by the prison superintendent, K.Arjuna Rao.

The radio station has been set up in the prison premises airing a variety of programmes by prisoners and for prisoners. Every day, the radio will air programmes for a duration of one hour.

The Director General, Prisons, V.K.Singh, said the idea was taken up on an experimental basis. “We will be airing programmes in the morning and afternoon. Depending on the observation and feedback, we will fix the timing for the programme and it will be for an hour either between 6 am and 7 am or sometime around afternoon,” he said.

The initiative has been taken up as one of the measures to help the prisoners reform themselves and get into the society easily. “Except politics and religion, we will have everything, talk shows, songs – both folk and film — history lessons or anything which motivate them into becoming a good human being,” said Singh.

The radio will be useful and helpful for entertainment, recreation and regular communication to the inmates, observed Arjuna Rao. The jail department will expand the initiative to Central Prison Cherlapally, Central Prison Warangal and Special Prison for Women, Chanchalguda. “After it is successfully implemented at the four jails, we will be taking it to other jails in the State,” Singh said.

The officials at Chanchalguda jail have set up a speaker at all the barracks for the purpose. An official will coordinate the programme and screen the content before it is aired.

The jail department is also planning to bring in a few RJs to conduct some programmes on special occasions. #KhabarLive