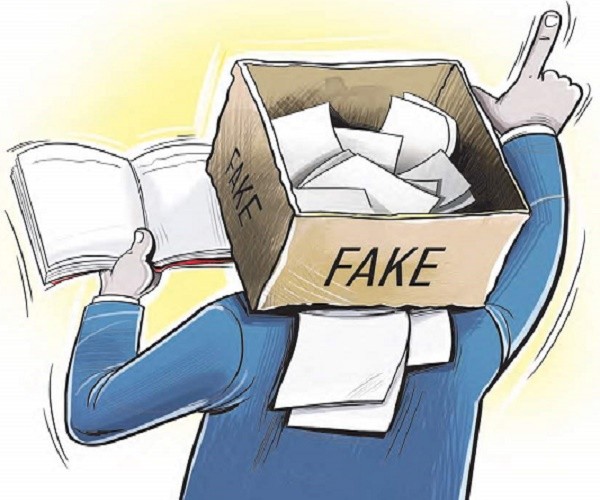 Call it a fallout of introducing stringent norms to regulate malpractice among teachers in order to improve the quality of teaching in its affiliated colleges, the Jawaharlal Nehru Technological University, Hyderabad (JNTUH), has received over 30 complaints regarding faculty members with fraudulent PhD degrees.

Though submitting fake certificates to get jobs, hikes or promotions is nothing new, the issue of concern here is the increased instance of faculty members submitting fake PhD degrees.

Dr Sultana Sheik, a computer science lecturer from a minority engineering college in the city, said that in computer science, people fake it, flaunt it and still get jobs. “CS is one of the very few disciplines where you can show off your PhD to get work and you may never be asked about it later. There are hundreds of shady conferences which would print your thesis as papers. There are even colleges with no infrastructure for PhD students that will give you a degree. Interestingly, you can manage to do all of this without being ‘illegal’,” she said.

Interestingly, JNTUH registrar Prof Dr N Yadaiah agrees with Dr Sheik. Take for instance the case of the 30 complaints regarding fraudulent PhD degrees. The colleges have been sent notices to furnish original certificates and documents pertaining to the degree. “If they are fabricated, only then can they be called fake, and will result in blacklisting of the faculty concerned,” said the professor.

He added,”But we, as a university, cannot say that a particular institution is low grade or this is good and that is bad. If a university is existing and has poor infrastructure or is not up to the mark, JNTU has to still recognise its degree. Such complaints can be raised only with UGC.”

With UGC making doctorate mandatory for hiring faculties in engineering colleges since 2015, in order to save their jobs, teachers had to get ‘fake’ degrees. But, with UGC striking off the provision for getting the doctorate degrees in distance mode, enrolling for a a full time course along with a full time job did not seem a workable solution for many, alleged a professor of an engineering college in Secunderabad, on the condition of anonymity.

“There are 86 doctorates working in various colleges (affiliated to JNTUH) as professors who have done full-time PhD from universities in Rajasthan, Uttar Pradesh, Andhra Pradesh, that do not have doctoral boards or research supervisors. Some faculty show that their PhD is from UK or US, but no verification is ever done to ascertain their authenticity,” the professor said.

ALSO READ:  Why Pandemic Pushing To Rely On ‘Immunity-Boosting’ Brands And Home Remedies?

JNTUH has no such list of colleges or private universities with dubious reputation on its website. As and when incidents happen, the varsity notifies its affiliated colleges to be wary of such institutions.

As per UGC guidelines, a panel of 10 faculty members, with two from appointed nominees from the University concerned form the Selection Committee Minutes (SCM) that cross checks the faculty recruitment. “But the onus of verification of the recruits lies with the college itself,” clarifies Prof Yadaiah.

However, while sifting through the documentation of faculty in private engineering colleges, the varsity has also found as many as 21 cases of duplication in which one faculty was on roll of several colleges. Some colleges that have different courses affiliated to JNTUH and Osmania University, list same teachers for both courses. JNTU has issued notices to these colleges after the duplication surfaced during verification.

On the other hand, Faculty With PhD, MCA Degrees Allege Discrimination in JNTUH colleges. As details shows, it’s an interesting situation here: while JNTUH is being criticised for giving a free hand to private engineering colleges, several teachers claim that they are being unfairly targeted by the varsity itself.

Lecturers who hold MCA, as well as PhD degrees, are alleging that despite being qualified, the JNTUH has not ratified them and as a result, they are likely to lose their jobs by month end. According to JNTU guidelines, only those with M.Tech degrees can be allowed to teach technical courses including CSE and IT in the engineering colleges.

A faculty not ratified or approved by JNTU is seen as not being up to the mark, and colleges generally sack them.

One such teacher with over two decades of experience, told Express, “For 25 years I was qualified, now suddenly they changed their norms and I am no more qualified to teach the students? They can’t expect us to change our professions at this juncture of our life,” she rued.

Sacked from reputed colleges, some of these teachers have now joined other colleges at paltry salaries.

Interestingly, the teachers claim that when they approached the All India Council for Technical Education (AICTE), they were told they were qualified enough to teach. “If JNTUH wants to revise its norms, it is fine, but it cannot just dismiss those who have been working for decades. New rules should be applied to new recruits, not experienced faculty members,” said another faculty.

These faculty members now want JNTU to implement the AICTE GO that makes them eligible for teaching or issue a statement saying they were not eligible, so that they can take a legal recourse. #KhabarLive