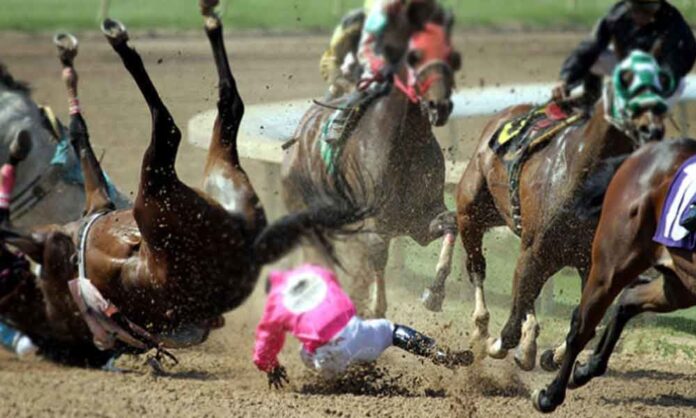 A jockey died after falling from a horse during race here at Malakpet Race Club in Hyderabad on Sunday afternoon race event. He was identified as Jitender Singh (25), a native of Rajasthan.

Jitender was working as an apprentice jockey in the Malakpet racecourse. He participated in the Osman Sagar Plate (division II) when the incident occurred on Sunday. He fell from the horse during the race and suffered serious injuries. Jitender was shifted to a hospital by the race organizers but was dead while undergoing treatment.

According to the Chaderghat inspector P Sateesh, the mishap occurred about 10 seconds after Jitender entered race. He was caught between the horses after falling and is suspected to have been trampled by horses and suffered internal injuries.

The police registered a case under section 174 of CrPC and the body was sent to post-mortem. #KhabarLive #hydnews