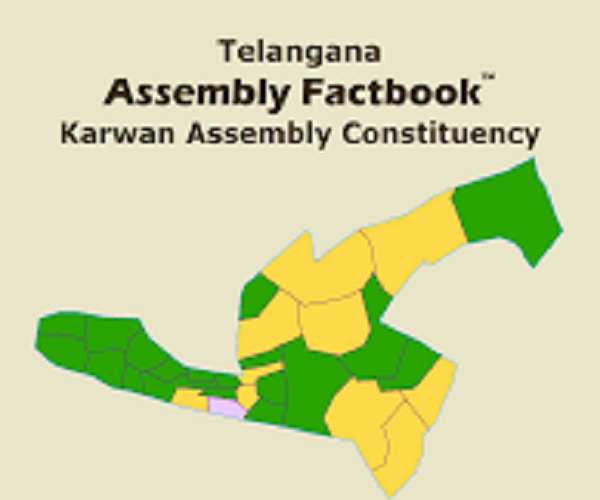 ​The dated constituency of Hyderabad, which houses the jewels of Nizams’ and has a sprawling of buildings to ancient monuments; lives in civic apathy. Roads are clogged with water overflowing from sewage lines and broken pipelines, while citizens cry for an ounce to drink.

Unsolved civic issues have left locals of Karwan Assembly Constituency disappointed and locals blame the ex-Corporators who did not attend to their issues. The complaints over water scarcity and poor sanitation were observed in large numbers.

Apart from these, complaints on bad roads, sewage overflowing and ill maintained civic and ancient buildings are also found in few areas. The constituency is well known for trade markets, especially the pearl and diamonds markets in Karwan that are functioning from the time of the Nizam.

Water scarcity
The complaints on water scarcity in all the six division of Karwan constituency are very high. Locals informed that water is provided once in three or four days.A local from Ziaguda, Sagar said that people in the colony are forced to buy water cans from outside as the metropolitan supply timing is irregular and insufficient.

A slum leader of Rajaka Basti in Karwan, Mallesham said that this is the only problem in slum and middle class residential areas. “There is discrimination. Water supply in colonies of political leaders and bureaucrats is abundant and the common man is left unattended,” he said.

In addition, complaints over getting polluted water were also found in the slums of Karwan and Tolichowki.

However, the civic authorities have been found to perform manual cleaning of nalas in many places. The local Corporator said that a lot of new houses have come up in the areas; therefore, the existing pipelines are not enough to carry the waste. “The entire pipelines have to be changed,” he said.

“My initiatives in Langar Houz have led to the work of lying of water pipelines and sewage lines that are still going on,” he added.

No development in slums
Deprived slum dwellers in Rajaka Basti are aggrieved over civic facilities in their colonies. The locals said that no development has been done in their area from the last two years. They said that their grievance for opening of primary health centre, primary school, setting up of streetlights and other civic facilities have been left unattended till now.

When contacted, the local Corportor said that he has done works worth Rs 20 lakh last year in the area and provided “enough facilities”. “My course time is over and I cannot do anything more for the Basti,” he said.

In addition, slums are establishing in these areas. A heritage lover, Md Anwar from Golconda said that the Fort areas are also being used for garbage segregation point by the GHMC sanitation staff. Further, he said that since the Corporation has failed to provide public toilets in nearby areas, these monuments have also become place for open urination and defecation.

Miscellaneous issues
Routine complaints over poor maintenance of roads, parks, graveyards, damaged streetlights and lack of civic facilities in religious places are found in the divisions. Many of the temples are in bad state with poor civic amenities. The temple in Ziaguda does not even have an approach road. A similarly situation exists in temples in Rajaka Basti.

The parks in Tolichowki are used as garbage dumping whereas parks in other areas are ill-maintained. Similarly, the graveyards in Balaji Nagar in Karwan and in Nanalnagar are in terrible condition. The roads in the divisions are also in appalling condition and need quick concern of the administration. In addition, colonies in Ziaguda and Akbarpura in Karwan have no roads.

When contacted, the ex-Corporators of Ziaguda, Golconda, Tolichowki and Nanalnagar were reluctant to speak on their works. However, ex-Corporators of Karwan and Langar Houz said that the works worth more than Rs 30 crore have been done during their course time. #KhabarLive