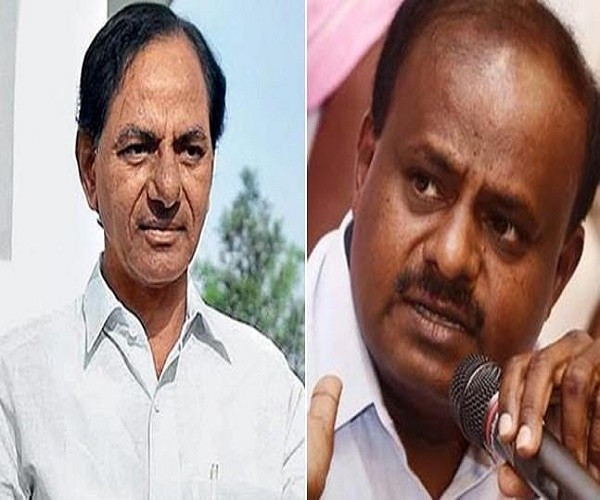 Telangana’s caretaker Chief Minister K Chandrashekar Rao is far ahead of any competition as the state prepares for early polls following his decision to dissolve the assembly prematurely, according to the findings of India Today’s Political Stock Exchange (PSE).

On September 6, Rao set the ball rolling for a fresh mandate when he recommended the state legislature be dissolved, eight months ahead of his government’s five-year term.

The PSE, India’s first-ever weekly tracker of the country’s political pulse, found as many as 43 per cent of respondents voting in favour of the incumbent.

Rao, popularly called KCR, heads the Telangana Rashtra Samithi (TRS) that spearheaded the movement for a separate state carved out of Andhra Pradesh. Telangana came into being in 2014, with KCR sworn in as its first chief minister.

Around 48 per cent of respondents expressed satisfaction with the KCR government while 26 per cent rated it bad and 16 average, according to the PSE findings.

The India Today Axis-My-India poll was based on telephone interviews across every parliamentary constituency of the state, with a sample size of 7,110.

Asked about their preferred choice for the next PM, around 44 per cent of the respondents voted for Narendra Modi. Thirty-nine per cent supported Congress chief Rahul Gandhi.

Before it was dissolved this month, the 119-seat Telangana assembly composed of 81 members from the TRS, 17 from the Congress, seven from the AIMIM and five from the BJP.

ANDHRA PRADESH
The PSE results bring cheer to YS Jagan Mohan Reddy in neighbouring Andhra Pradesh. Around 43 per cent of the respondents favoured the YSR Congress president as the next chief minister as against 38 per cent supporting incumbent N Chandrababu Naidu.

The state’s TDP government also appeared to be hanging precariously on the performance front, with 36 per cent of voters rating it bad and 33 good.

But Congress president Rahul Gandhi surpassed PM Narendra Modi as the most preferred choice of Andhra voters for the top job at the centre.

Around 44 per cent of respondents voted Gandhi as the next prime minister compared to 38 per cent favouring Modi, the poll showed.

Sanitation followed by agricultural problems, joblessness and price rise emerged as major issues for Andhra residents, according to the PSE survey with a sample size of 10,650.

KARNATAKA
Barely four months after the HD Kumaraswamy government took over, around 35 per cent of respondents interviewed by the India Today-Axis-My-India PSE survey expressed dissatisfaction with the ruling JDS-Congress coalition.

As high as 55 per cent of PSE respondents in Karnataka preferred Narendra Modi as the next prime minister. Rahul Gandhi won 42 per cent votes for the PM’s job.

Drinking water and sanitation followed by agricultural problems and price rise are major issues for Karnataka residents, the PSE showed.

In assembly elections in May this year, the BJP secured 104 of the 224 seats, the Congress 80 and the JDS 37. #KhabarLive