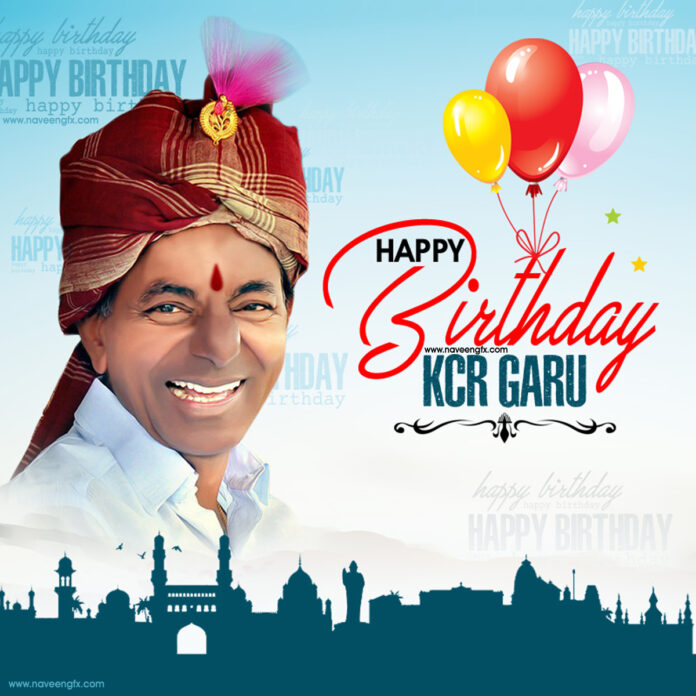 Every Telanganite will accept, may be with a pinch of salt or some reservations that, 67-year-old Kalvakuntla Chandrasekhar Rao is the ‘father’ of India’s youngest state.

In December 2009, when KCR ended with a smile his 11-day fast over Telangana statehood, people across the region that was to become Telangana rejoiced as if they were revisiting August 15, 1947 — the maiden Independence Day! Such were the lofty sentiments of people who had found in KCR their messiah who took the statehood movement to its logical conclusion, after decades of “neglect and side-lining” by ‘Andhra  rulers’ and other rulers whose interests lay primarily in the region that post-bifurcation constitutes the residual Andhra Pradesh.

After all, KCR is one leader who had risked death to reach his goal of attaining statehood for Telangana, which had seen a couple of similar but futile movements.

After taking over as the first Chief Minister of Telangana, KCR, in the initial euphoria surrounding the new state, made several promises to transform the entire Telananga region. He did initiate steps that the state government says are designed to metamorphose TS into ‘Bangaru Telangana’.  Over the years some of them yielded quick and visible results, while others have not yielded expected results due to various factors.

Over the years, agrarian stress, joblessness, civic issues and the like have contributed to some level of disillusionment over the overall performance of the KCR government.  The flooding of Hyderabad – the state capital, in the wake of heavy rains in October 2020, mirrored as it were the sad state of civic affairs in most parts of the State.

Of late, people disenchanted with the lack of perceptible and visible changes in Bangaru Telangana in the making, have started harbouring doubts over whether KCR, with age catching up with him, would really be in a position to deliver as much and as well as he is supposed to in the changed context of additional challenges he is facing. Some of the intractable and much-demanding issues before KCR are: deteriorating city drainage systems; land encroachments, including foreshores and even beds of lakes, and corruption in various departments of the state government.

Informed circles that have watched KCR’s rule over the past seven years plus are now openly talking about whether KCR can deliver amid the unfolding changes at the central and state levels, each with its own formidable challenges. They are wondering whether the man who had shown Sonia Gandhi her place and chose to go it alone during the 2014 elections is the same KCR now.  On top of that, KCR is now talking about Centre-State relations in almost a self-defeating manner.

Amidst this flux, the chorus of ‘Make KTR CM’, on the part of those who had been batting for the Chief Minister’s son and IT Minister KT Rama Rao, had gained decibels to unseemly levels, until KCR stepped in and warned the drumbeaters of stone-wash recently. He has silenced murmurs within the party, but what about others for whom he is no longer wielding the magic wand.  Declaring he would be CM for the next 10 years is fine.  What is he going to do meanwhile? It is this question that is uppermost in the minds of people who had fond hopes on him when he became the Chief Minister for the first time.

At a time when KCR’s birthday is being celebrated across the state with yagams, plantation drive, this and that; partly with official push, the larger questions before Telanganites are: Does KCR still have fire in his belly to deliver all promised aspects of Bangaru Telangana? Is age still on his side, though the world knows age is just a number?  Will he measure up to the newer challenges before the state post-Covid-19.

The aam admi, meanwhile, is waiting for miracles in their life. Whether KCR can make them happen during these turbulent times is a million-dollar question. #KhabarLive #hydnews