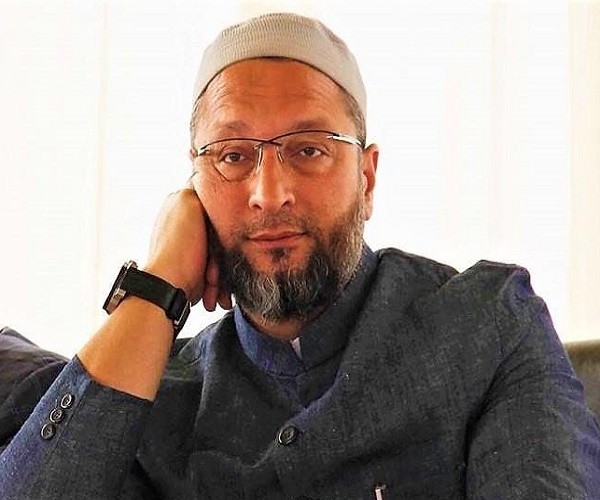 AIMIM President and Hyderabad MP Asaduddin Owaisi said that his party would not ally with the TRS in Telangana, during the upcoming Assembly elections in the state. “Our goal is that public at large should benefit from voting for us and there should be development especially for minorities like Muslims and Dalits. In the Telangana election, unlike the Karnataka election, there will be a majority government of the TRS. I’m convinced that K Chandrasekhar Rao will be the next Chief Minister,” This came a day after AIMIM floor leader, Akbaruddin Owaisi, while addressing a public gathering in Mallepally on Friday, as reported (See the post link here: https://www.facebook.com/groups/1718500695117851/permalink/1915963878704864/) in these columns today.

Further, Owaisi welcomed the decision to dissolve the Telangana Assembly nine months before its term, dubbing it a ‘bold’ move.

“Why is the Congress scared to contest elections? They should fight. They don’t have any agenda and they are facing internal squabbles. On the other hand, TRS and KCR have a vision for Telangana. We will criticise KCR without doubt, but praise him when good work is done,” he added.

Owaisi also lashed out at the ongoing talks between the Telangana unit of the TDP and the Congress in the state and said that it was a result of ‘frustration’ and ‘disarray’.

“We will defeat Congress, TDP and BJP. The Congress-TDP alliance has no strength to beat the AIMIM or the TRS. I have full confidence in the public of Telangana. What has CM Chandrababu Naidu done in Andhra compared to the development being seen in Telangana? TDP is a total failure there,” the Hyderabad MP said.

Owaisi also said that he would personally tour Andhra after the Telangana election and expose the TDP government. #KhabarLive