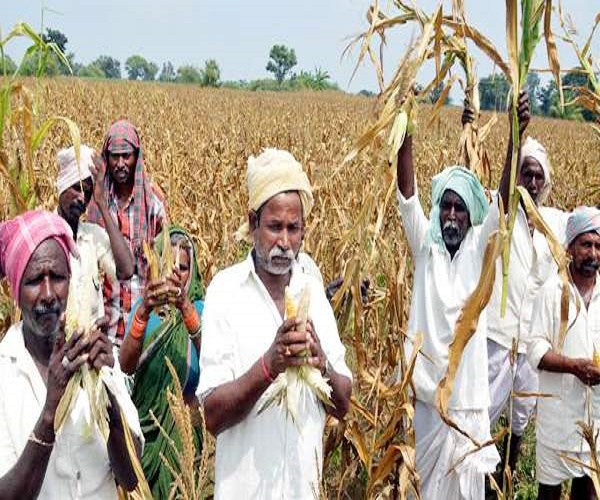 Researchers and farmer groups have lauded the KCR government’s proposals, but grass-roots level workers have questioned their sustainability, calling for a more holistic and eco-friendly approach instead.

People had high hopes when K. Chandrasekhar Rao (KCR) was sworn in as the first chief minister of the newly born Telangana state in 2014. KCR swung into office after years of relentless struggle, supported by masses on the hope that the new state would solve many of the pressing issues that had been left unsolved by the erstwhile unified state of Andhra Pradesh.

Now, three years into Telangana’s creation, among other issues, the sector that haunts the ruling dispensation the most is agriculture. With successive droughts taking a toll on crops and around 2,800 farmers committing suicide (the second highest figure in the country) over the last two years, the government is attempting an agricultural revamp to wash off its bad image.

From direct cash transfers for fertiliser purchases to segregating agricultural land into crop colonies and linking agricultural labour with the MNREGA, the recently undertaken policy initiatives are wide in nature and expected to have big ramifications on the state’s agricultural roadmap. Even as researchers and farmer organisations laud many of the proposals, grass-roots level workers have questioned the sustainability of these measures and say a more holistic and eco-friendly approach is needed instead, stressing the need to make farmers self-reliant in the long run.

“We have decided to share the increasing burden of investment on farmers. The government will bear Rs 4000 per acre (per season) for the purchase of fertilisers. Besides this we are also improving the marketing facilities. We will make all arrangements to get the Minimum Support Price,” the chief minister said on the sidelines of a high level review meeting held last Thursday.

A direct cash transfer of Rs 8000 (Rs 4000 in Khalif and Rs 4000 in Rabi) will be directly credited to the farmer’s bank account for purchasing inputs. It is for the farmers to use the amount as they wish.

ALSO READ:  All 'Diwali Shopping' Under One Roof In Hyderabad

The government has also decided to segregate farm lands into crop colonies where farmers will be advised on the selection of crops depending on the region’s rainfall and soil nature, among other factors. In the context of the growing problem of crop failure owing to unpredictable rainfall, the government hopes this measure will help farmers select crops that are ideally suited to their circumstances. About 60-65 % of the state’s land is unirrigated, leaving the majority of the farmlands at the mercy of rainfall.

Another proposal is to link the MNREGA with agricultural labour in order to share the burden of rising labour costs and the shortage of labour. Around 83% of the state’s farmers are either small or marginal. Farmers, especially those who do organic farming spent about Rs 5000 for weeding an acre of land. Once the MNREGA is linked, it is expected to bring down the cost of cultivation by about 40%.

In a press conference organised in Hyderabad, P.V. Satheesh, director of the Deccan Development Society, a 30-year-old grass-roots level organisation that works with over 5000 small and marginal farmers in Medak district, praised the government for these measures while urging it to envision bold strategies rooted in organic practices instead of bringing up temporary remedial measures.

Speaking about the possible impact of the fertiliser scheme, he called it a good step, but also warned, “these days farmers tend to look for easy options, so there is a danger of rise in usage of chemical fertilisers on farmland,” said Satheesh while urging the government to make provisions for supporting the production of bio pesticides and bio fertilisers at the household-level by farmers.

Saying that organic agriculture will bring long term savings for farmers, he said the move is much needed especially since Telangana’s dry land and poor soil conditions will worsen with excessive chemical fertiliser and pesticide usage.

Activists such as Satheesh have been at the forefront of these issues, questioning the government over its lack of interest in promoting organic agriculture and its tendency to dismiss the interests of small and marginal farmers while framing policies which benefit large scale farmers and those who grow commercial crops.

The 2005 Organic Farming Policy of India states that out of the net growing area of 141 million hectares in India, the dryland/rainfed areas are the most suitable for conversion to organic farming. About 60-65 % of Telangana’s land is unirrigated and much of it has poor soil – making the case for organic agriculture which will lead to sustainable agriculture.

A recent study by the Central University of Rajasthan has proved that over-usage of chemical fertilisers will not only lead to groundwater pollution but can also affect the soil’s natural nitrogen cycle.

Additionally, he pointed out that the proposal for crop colonies is a push for mono-cropping, which is against the ethos of sustainable biodiverse farming methods that promote the idea of multiple crops growing in the same farm.

“Once an area is declared as a colony for a certain kind of crop, slowly the administrative mechanisms will work overtime to ensure that only that crop is grown and nothing else,” he said adding that this will be against the interest of small and marginal farmers who maintain biodiversity on their farms as insurance against crop failure.

Activists like Satheesh have repeatedly proposed making Telangana a ‘millet state’ – a water resilient, nutritious and organically grown crop suitable for the conditions in the state. The move would be a boost for millet cultivation as part of the crop colony programme, and the demand would further increase support for millet farmers in terms of water, biodiversity, nutritional and climate change bonuses needed to enhance production.

Many are disappointed that while the neighbouring state of Karnataka – which has similar soil – has pushed millets through cultivation as well as marketing support, Telangana has always shied away from considering the magical crops seriously.

Raji Reddy, director of research at Telangana State Agricultural University told The Wire in a phone conversation that the recent proposals are moving in the right direction. “Direct cash transfer for fertilisers is a good step as it will get rid of middle men,” he said.

“What the government is aiming at is an integrated system of farming with chemical inputs and green manoeuvres,” he said, adding that it is not ideal to avoid chemical inputs completely.

When asked if the suggested crop colonies will eventually promote mono cropping, he refuted the possibility saying farmers would be advised to grow multiple crops in the same locality and added that the measure is a commendable step in the time of climate change.

However, not everyone agrees that chemical fertilisers are mandatory.

Sammamma, a farmer from Medak district, Telangana who grows around 20 crops in her biodiverse farm says “it is absolutely possible for farmers to be completely organic and not rely on chemicals”.

“However people tend to use weedicide as it is effortless and it kills weeds easily and people got used to this practice, “ she said, adding that the government is not doing anything in particular to encourage or support organic agriculture.

According to her, the traditional farm practices which protected the land, environment and people’s health should be promoted and valued in policy formulations.

“We want the government to ensure that ecological farm practices don’t disappear,” she affirmed.#KhabarLive