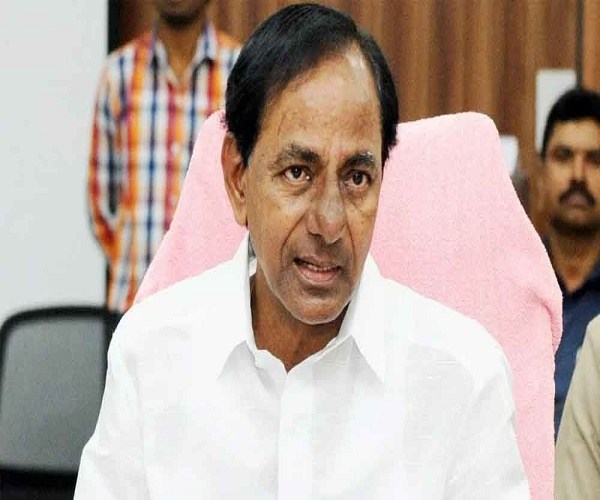 By opting out of the Lok Sabha race, Telangana Chief Minister K Chandrasekhar Rao has ended speculation over his plans for a greater role in national politics after the general elections.

There was speculation in political circles earlier that KCR would himself enter the fray to demonstrate his seriousness to pursue the idea of a federal front — a non-Congress and non-BJP formation — to provide what he calls an “alternative development agenda for the nation”. However, the proposal did not find many takers, though KCR was the first to get off the block, meeting a string of leaders, including West Bengal’s Mamata Banerjee, Karnataka’s Deve Gowda, Tamil Nadu’s MK Stalin and Odisha’s Naveen Patnaik last year, to make a case for a non-Congress and non-BJP front.

The presence of the Congress remains the main sticking point. Since the grand old party is the principal adversary for TRS in Telangana, KCR is averse to associating himself with any formation at a national level of which Congress is a part of.

However, the dynamics of the opposition parties at the national level is such that they cannot ignore the Congress’ role as a fulcrum around which the anti-BJP forces can come together. The calculation in the TRS camp is that the coming LS polls will throw up a “1996-type fractured mandate” and the regional parties, with a substantial chunk of seats, will be able to play a decisive role in the government formation.

The regional aspirations will then find greater resonance in such a coalition arrangement at the centre, it is argued. During election rallies, KCR and his son KT Rama Rao, who is the working president of TRS, have been asserting that they will play a decisive role in deciding who will be the next prime minister and shaping the central government.

By opting out of the LS race, KCR probably wants to adopt a wait and watch policy and calibrate his moves depending on the poll outcome. The party has dropped four sitting members, including Mahbubnagar MP A P Jithender Reddy, who was the party’s floor leader in the Lok Sabha. The others who missed the bus are D Sitaram Naik (Mahabubabad), Ponguleti Srinivas Reddy (Khammam) and Gutha Sukhender Reddy (Nalgonda). Senior TDP leader and a leading industrialist Nama Nageswara Rao, who defected to the ruling party on Thursday, is being fielded from Khammam, a seat he won in 2009 on a TDP ticket.

The sitting MPs who will contest their seats again are: KCR’s daughter Kalvakuntla Kavitha (Nizamabad), B Vinod Kumar (Karimnagar), B Narsaiah Goud (Bhongir), G Nagesh (Adilabad), Pasunuri Dayakar (Warangal), BB Patil (Zaheerabad) and Kotha Prabhakar Reddy (Medak). Similarly, newcomer B Venkatesh Nethakani, who had crossed over from the Congress, was given a ticket for Peddapalli seat, instead of a serious contender and former MP G Vivekanand. The party fielded new candidates in Chevella, Secunderabad, Malkajgiri and Nagarkurnool constituencies. In Chevella, where sitting MP Konda Vishweshwar Reddy defected to the Congress before the December 7 Assembly elections, the party fielded industrialist Dr Ranjit Reddy.