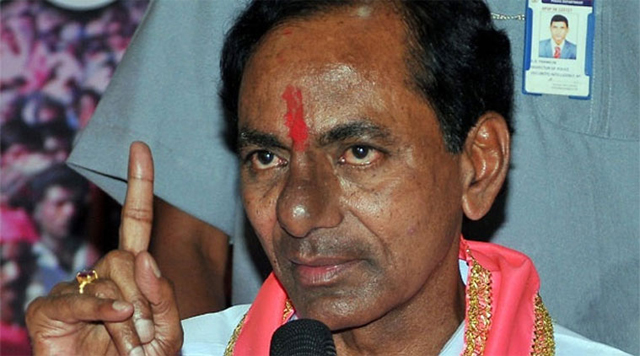 The ‘First Front’ of him and Third front for all, the idea floated by Telangana Chief Minister K Chandrasekhar Rao, is radically different from the other such similar ideas of the past. It is different because he is not talking about this as an alternative power structure to take on the existing BJP led NDA in the next elections.

When KCR referred to this at a recent press conference, he did not have only a survival instinct on mind for the smaller regional parties that feel threatened with the onslaught of the BJP. No doubt, he is seeking a broader coalition, but the purpose of it is not just self-preservation.

KCR is talking about the letter and spirit of the Constitution and how it was meant to be distributed among the States and the Centre in true federal spirit by the authors of the Indian Constitution. He is talking about this ‘First Front’ in the light of the duties and responsibilities of each of these governments that represent the peoples’ aspirations of this vast land.

ALSO READ:  Why Some People Hide That They Have COVID-19?

He is seeking a perfect federal cooperation between the Centre and the State and the freedom to the democratically elected state governments and why it is relevant given the context for the development of all regions of the country uniformly.

It may not be 100 per cent true, but there certainly is a room and scope for such a criticism. It has been seen that the Centre is showering its largesse selectively and subjectively. Petty electoral gains seems to be dominating its day to day functioning rather than any long term realistic goals. Adhocism in addressing people’s grievances is not going to help the nation much.

The ruling BJP may be strengthened further by these policies, but the country would be weakened. KCR is not a talking about a political alignment alone for the sake of ousting the existing power centre at Delhi. His is more a call to seek universal justice for all.

Well, it is to be seen how many parties would be interested in this formation. However, opposition parties have always come together to take on the ruling dispensations only with a limited purpose of defeating it.

Such has been the blinkered view! Today even the allies of the BJP are squirming uncomfortably in the wedlock and it is time someone to break the jinx. As for KCR becoming the PM, it is a long haul anyway. #KhabarLive