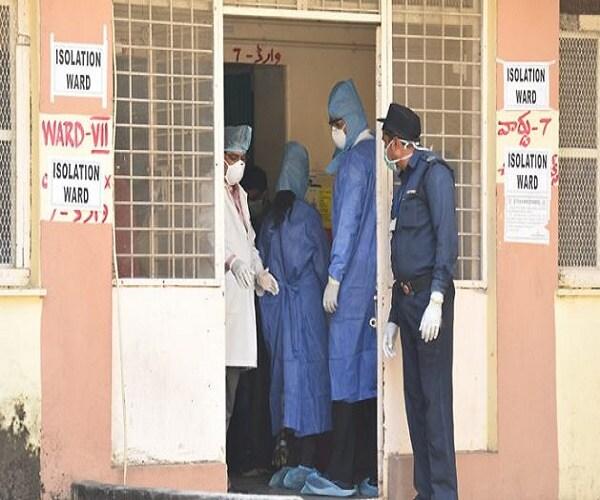 The threat of the novel strain of coronavirus (2019-nCoV) reaching Telangana, especially to a metropolis like Hyderabad, has galvanised officials here to strengthen preparedness in public healthcare establishments across the State.

Health Minister Etela Rajender sought to assure public that State health officials were taking all possible measures to meet any kind of exigencies. He urged people not to panic over unconfirmed reports and rumours related to the novel coronavirus.

“There are no cases of the novel strain of coronavirus in Telangana. I urge people not to believe in rumours and fake news on unsubstantiated reports related to spread of coronavirus in the State. The health wing of the State is closely following all the developments,” the Minister said.

Meanwhile, three more persons from a single family with a travel history to China have volunteered and got themselves admitted to Fever Hospital. So far, according to officials, eight such patients were admitted to the hospital, which is equipped with special isolation rooms.

Hospital Superintendent Dr K Shankar said persons who reached Hyderabad from China were voluntarily getting themselves admitted. Already, the swab samples of the four patients who were admitted to the hospital earlier had tested negative for coronavirus by National Institute of Virology (NIV), Pune.

“We are sending samples of patients who were admitted on Tuesday to NIV Pune. The patients are in stable condition and those admitted earlier were discharged as none tested positive,” Dr Shankar said.

The first stop of the team was a visit to Fever Hospital where the health authorities had set up isolation rooms. The team inspected facilities, including isolation rooms, and also checked for the availability of Personnel Protective Equipment (PPE). Later, along with State Health Secretary, Shanti Kumari, the MOHFW team reviewed end-to-end preparedness for management and control of 2019-nCoV in the State.

Along with the health officials, the MOHFW team discussed preparations at the Shamshabad airport for the thermal screening of passengers and the procedure to be followed to transfer sick patients to hospitals for isolation from the airport.

The team also reviewed whether the infection control, surveillance and other guidelines are being followed. Health authorities said the MOHFW officials would coordinate with the Health Secretary to explore all avenues for further supporting and strengthening the preparedness. #KhabarLive