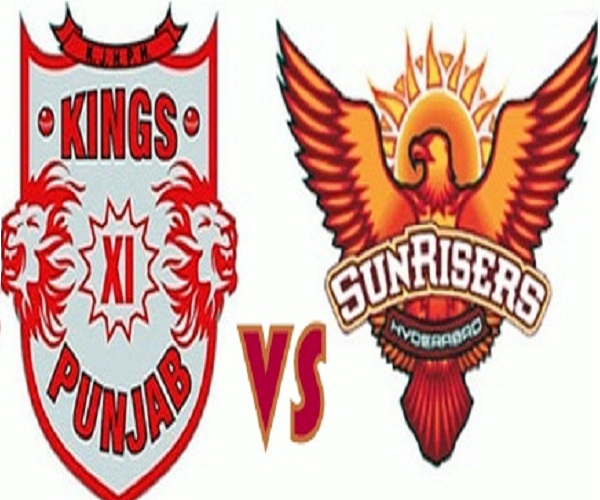 Right after denying a determined Chennai Super Kings despite a special effort from MS Dhoni, King XI Punjab next face a big challenge in the form of Sunrisers Hyderabad, who are yet to taste defeat in IPL 2018. The strong batting order of the Kings XI side will be put to test against Hyderabad’s “outstanding bowling attack”, as termed by captain Kane Williamson, which has already accounted for 25 wickets in the three matches so far.

Apart from the wickets which have helped SRH’s cause, the bowling attack has also been very frugal, with Billy Stanlake’s economy rate of 7.66 being the highest for the team so far. They’re also spoilt for choice as far as variety is concerned, that makes them a very difficult opposition.

Thursday’s game will be further enhanced by the fact that KXIP specialise in the exact opposite end of the line-up. KL Rahul has made a fantastic start to the tournament, and the likes of Karun Nair, Mayank Agarwal and even Chris Gayle, have come good so far. KXIP’s batting – despite the failures of Aaron Finch and Yuvraj Singh – looks capable of answering the questions that will be posed by the SRH attack, provided they capitalise on the starts they make with the bat.

KXIP’s bowlers too will have their work cut out against an impressive SRH batting order. In his first three games as captain, R Ashwin has handled his bowling resources well. They managed to keep Daredevils in check and they also fought well against RCB in a defeat. The CSK game got very close and could’ve gone either way, but KXIP displayed calmness despite the bowlers going for runs. Be it the wicket of Sam Billings, where he showed exceptional judgement in calling for the DRS, the way he has used Afghanistan sensation Mujeeb Ur Rahman or the use of his pace options, Ashwin has been in top gear as far as his captaincy is concerned.

SRH have batting concerns of their own. The likes of Wriddhiman Saha and Manish Pandey are yet to repay the franchise’s faith [and big investments] in them. Their victory over Rajasthan Royals was fairly straightforward, but they were made to toil against Mumbai Indians, before sealing a one-ball win in a modest chase. There were nervous moments with the bat during their win over KKR too.

What to expect: The pitch that was laid out for their previous match had a lot of runs in it. It was pretty much a 200-plus wicket although that total wasn’t achieved. Another batting-friendly track is on the cards for the next game. A high of 31 degree Celsius is expected around the match start time.

Kings XI Punjab: Axar Patel, who missed the game against CSK, confirmed that he has a left thigh strain. He expressed hope that he can be back in contention after a couple of matches. Aaron Finch’s golden ducks in the last two matches notwithstanding, he’s likely to get another run. There is also a case for Manoj Tiwary to be brought in to replace Yuvraj Singh, who has looked off colour.

Sunrisers Hyderabad: The visiting side are unlikely to tinker with their combination that has given them three wins. Sandeep Sharma only got a game against Mumbai Indians due to an injury to Bhuvneshar Kumar. However, once the lead pacer was fit, Sandeep had to make way despite a good showing. SRH are likely to remain unchanged for the game.

– Mohit vs Dhawan: Mohit has accounted for the southpaw thrice in 55 balls, while conceding 62 runs.

– SRH have won all their four games against KXIP in Mohali. The last six head-to-head encounters all went to SRH.

– The average score for teams batting first in the last ten IPL matches in Mohali is 174, with a win-loss record of 4-6.

What they said: “I am very comfortable in the way everyone is playing and preparing at this moment. Everyone will get their opportunity to step up and play a significant role in helping us get over the line. So I think its great we have different people showing their hand game to game and contributing to the success of the side. It can be dangerous having just one or two players controlling your destiny and I would like to think that we not only have the playing XI that is playing but first three games we have a squad which can control our destiny this year – Tom Moody, the SRH head coach, isn’t concerned about the batting performances in the last two games.

“We’ve said this before the tournament started, that that’s the kind of cricket we want to play, we want to be very aggressive. Sometimes, like Bangalore, it may not come off but it’s okay, we’ll still keep going there and try to get boundaries and sixes. That was the plan and everybody was clear. Not everyday that all seven or six batsmen are going to come off – if everyone does then we might even get 260-270, but that’s not going to happen. We’re very happy with the batting, it’s still early in the tournament, we’ll learn from our mistakes and we’ll see how we can keep improving.” – KL Rahul on KXIP’s batting modus operandi. #KhabarLive 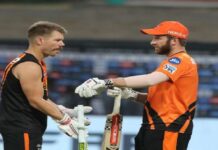 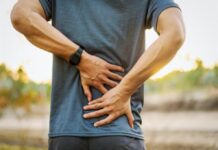 ‍‍The ‍‍IPL 2021 Show Must Goes On, But Should It Really? 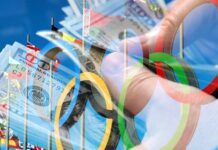 IOC Announces The First Esports Events Ahead Of Tokyo Games 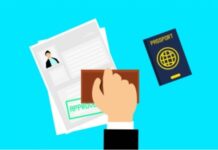