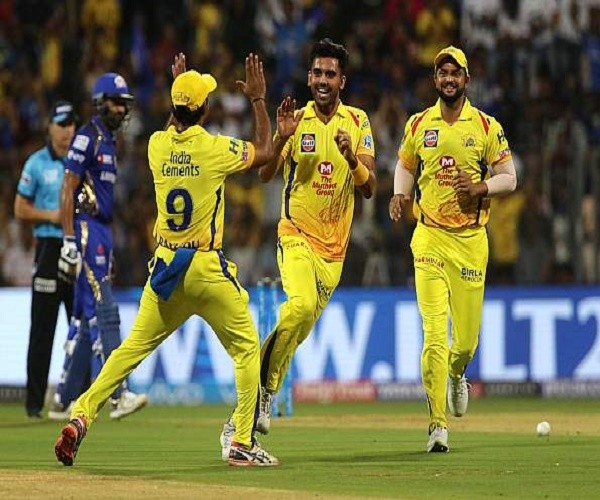 Take away CSK from Chepauk for 1095 days (they last played here on May 10, 2015) and there’s bound to be an air of overcompensation. That isn’t to say that the city has been painted yellow in anticipation. There are social and political undercurrents, of more significance than a cricket match, that have threatened to take some of the sheen off this emotional homecoming.

As it is, playing at the MA Chidambaram Stadium can be a daunting experience for visiting teams (The Super Kings enjoy a win percentage of 70.21), an amped-up atmosphere will only add to the intimidation quotient. But in that lies an opportunity for Kolkata Knight Riders, who’ll have little time to dwell on the occasion given the short turnaround since their win over Royal Challengers Bangalore on Sunday night.

Dinesh Karthik, an astute Chennai man himself, should be able to see beyond the knee-jerk sensationalism and sense a vulnerability in the opposition. The Super Kings batting stuttered in what seemed a straightforward chase in Mumbai before Dwayne Bravo orchestrated an incredible jailbreak. CSK’s ploy – of not picking either Murali Vijay or N Jagadeesan and moving Ambati Rayudu to the top – didn’t pay immediate dividend. There is no way of telling if they’ll abandon the move so early, although an enforced change will have to be made to plug the Kedar Jadhav-sized hole in the middle-order.

CSK’s apparent lack of firepower at the top is in stark contrast to what the Lynn-Narine duet gives the visitors, but Michael Hussey believes ‘smart play’ can bridge this gap. But that said, between the two teams, there is an enviable pool of spinners – of the wrist, finger and part-time varieties – who should find the Chepauk surface conducive for their craft. In all likelihood, the penny-pinching ones of this lot could decide the outcome of this early-season clash.

What to expect: If it is Chennai, it will be humid. But having trained in sultry Kolkata, KKR will not be ‘caught cold’ by a 70% humidity forecast. There is a slight chance of rain in the evening of the match that could further the cause for teams to chase.

Head to head: CSK 10 – 6 KKR. At home, the hosts hold the edge over fellow two-time champions by a margin of 5-2. The last time these two sides met here, in 2015, Super Kings edged home by two runs.

Jadhav’s injury opens up a place in the CSK middle-order. Ideally they will want Rayudu to go down to No.4 and bring in either Vijay or Jagadeesan to partner Shane Watson at the top. A left-field move could see the unheralded Delhi batsman Dhruv Shorey come in.

ALSO READ:  The Fate Of 'Royal Challengers Of Bangalore' In IPL 2018?

Decisions may also need to be made with the spin personnel. The Super Kings used seven bowlers in Mumbai and yet only five overs came from spin. Dhoni’s proclamations of a more horses-for-courses approach could call for another wrist spinner, Karn Sharma, at the expense of Harbhajan Singh. Mark Wood conceded 49 in his debut and if needed, Lungi Ngidi waits in the wings.

Like CSK, KKR are coming off a win, but they beat a much-fancied RCB far more comfortably and will see no reason to tinker with the combination without any practice days in between. That would keep the members of the U-19 World Cup-winning team – Gill, Nagarkoti and Mavi – on the bench for another game.

– Raina has scored 838 runs against KKR in all T20s, going past 50 in eight of the 20 innings against them. This includes a century in the final of the 2014 Champions League

– Dhoni v KKR spinners: He has faced 28 balls from Narine since 2013 scoring only 12 runs, though he hasn’t been dismissed by the bowler. Kuldeep got Dhoni out twice in nine deliveries in IPL 2017. Since 2013, Dhoni has scored 217 run against wrist spin off 212 balls getting out eight times.

Dhoni needs eight more runs to become the second player after Raina (3703) to score 3000 runs for a team in IPL.

“I wouldn’t see myself as an opening batsman, but whatever the team requires of me I’m happy to do, whether it’s up the order or down the order. Whatever role the team wants me to play, I’m happy to do it. If I get out first ball, that’s okay, that (the attacking style of play) puts a lot more pressure on the fielding team and less on me.” – Sunil Narine

“From our point of view, we understand its going to be an emotional homecoming for each one of us. We understand that this place is going to rocking tomorrow night. We have to somehow control that and focus on what our plans are and execute it as best as we possibly can and not get caught up with that emotion as much and stay calm and calculated in how we play the game.” – Michael Hussey