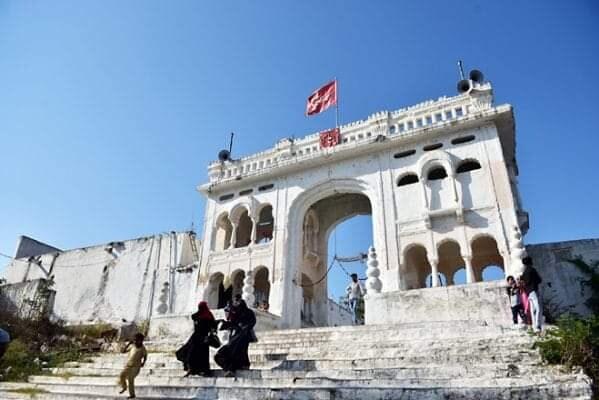 The Koh-e-Moula Ali Dargah and the streets in the Shia community dominated areas of the city are being decked up for the occasion.

The Jashn-e- Moulood-e- Kaba procession will be taken out on the 15th day of the Rajab month from the old city areas to Koh-e-Moula Ali at Malkajgiri.

The month of Rajab will begin within a day or two. “To make the announcement of the beginning of the month, a ‘naqara’ procession, a man sitting on a camel and beating drums, will be taken out. The small procession will pass through various areas in Darulshifa, Mandi Mir Alam, Dabeerpura and Alijah Kotla. The tradition is followed for several years,” said S Asgher Hussain Farshori, president, Anjuman Mohibbane Hazrath Syedus Sajedeen.

In the run up to the birthday of Hazrath Ali, the hill top shrine of Moula Ali will be decked up and all arrangements made to facilitate lakhs of people who pay visit there. The event will be held for around four days.

“A total of 14 processions will be taken out including one from Rajendranagar and another one from Yousufguda to Koh-e-Moula Ali. Thousands of people from all sects participate in the procession which will be taken out between March 6 and 10,” said Hamed Hussain Jaffery, president, Shia Youth Conference.

Different groups are planning programs including processions to mark the occasion. “People wait for the month of Rajab eagerly and big colourful processions and religious events are already being planned. People from all communities participate and visitors to Koh-e-Maula Ali include a sizeable numbers of Hindus also,” said Syed Hyder Altaf Rizvi, former MLC.

Meanwhile, the authorities are taking up necessary civic works at the Koh-e-Moula Ali. Minor repairs wherever necessary have already been started while officials of various government department and agencies are visiting the place to identity and make the necessary arrangements. #KhabarLive