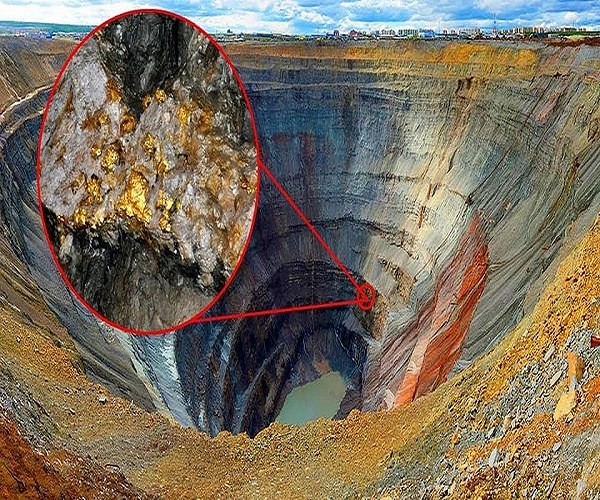 Exploring the defunct mines and colonial charm. That gild the Kolar Gold Fields, where time and progress both stand still, #KhabarLive attempts to touch the new gold in the old mines.

The vague memories of the Kolar Gold Fields (#KGF) from readings in school. Illusions of grandeur always popped up in discussions about it, with KGF’s gold touted as some of the finest at the time. Thinking that it was just another name for the city and district of Kolar in Karnataka, #KhabarLive planned a day trip to KGF to explore the town better. If required, his background in mechanical engineering would help me get a crisper understand­ing of the science behind mining.

In the late 19th century, the British saw the tremendous success of gold mining in Africa. Continuing their quest, they looked east towards India, and set up mining operations at KGF in the 1880s. Its success led to the establishment of one of modern India’s first planned townships—Robertsonpet, named after Donald Rob­erston, then head of the British Residency in Mysuru. Of all the mining prospects in the princely state, KGF proved to be the most profitable, with more than 120 years of gold mining until it ceased operations in 2001. At its peak, the industry had em­ployed more than 30,000 workers.

As #KhabarLive got off the highway onto the road to KGF, time seemed to slow down, the hilly landscape changing to arid plains. Before exploring the Robertsonpet mar­ket, we were in dire need of some filter kaapi. A cup at Hotel Janardhan—possibly the only decent restaurant in town—really hit the spot, rejuvenating us before we headed out.

Once a thriving shopping hub for Eng­lish memsahibs and the miner families in town, the market is laid out as a grid, with narrow lanes designated for different goods. The bazaar was still walking up as we walked through, its smells—from spices, to fruits, to meats—a serious test of our olfactory senses. In the past, it’s said that you could buy all the ingredients required for a multiple-course European meal here.

About half a kilometre from the market lay the Victorian-style King George Hall, built, as the plaque at the entrance says, to commemorate King George V’s coronation in 1911. What must have been a lush green garden which hosted many parties, was now dry and unkempt, with empty beer bottles strewn around. The central community hall, with makeshift badminton courts, now also doubles up as a wedding space.

The facility is now called the KGF Cosmopolitan Club—it did explain the perplexed shopkeepers in the market, when we asked for directions. Upon a bit of cajoling and coaxing, the deputy manager allowed us a look into the club’s vintage billiards room, which lay tucked away in a rear corner of the build­ing. The vintage cues with their ‘Miraka M1 Made in England’ insignia, the lovely raised spectator seating, and the wooden scoreboard were arresting antiques.

Situated a few kilometres away from the main town is the mining side, where one feels transported to the early 20th century. It was a time when thousands of locals worked in shifts at the mines, while the British officers lived a lavish life in comfortable bungalows.

On the way to the KGF Club—our next stop, separate from the Cosmopolitan Club—we passed by several Ambedkar statues, miner housing colonies and small shops on very English-named roads: Pritchard, Smith, Kennedy’s, and Cooke. It seemed no surprise that Kolar was once known as ‘Little England’.The KGF Club is a testament to those glory days. The bar, with its antique beer taps and furniture, reminded me of the urban emptiness found in the paintings of Edward Hop­per.

The place evoked a good amount of nostalgia as we read the names of the club presidents and gazed at the vintage photo­graphs in every room. A large grand piano adorns one of the halls, which, we were told, was a ballroom where Europeans used to dance the night away. Everything, including the guard’s memory, seemed to have gathered a lot of dust.

A few paces away was the bungalow of the erstwhile chairman of Mysore Mining company, where now the union president resides. The enviable Victorian property is built on several acres and has a little garden, a porch and a backyard.

The most striking visual of KGF, un­doubtedly, is the massive mining equip­ment still found in several shafts. Lying unused for 18 years, they might just rust away into oblivion. Each of these shafts are guarded by personnel, many of whom still harbour a dream of revival. We caught glimpses of the Edgar Shaft from the gate, as we listened to the story of the guard who commandeered its entrance.

A framed photograph of Ambedkar, a worker’s union identity card, a commu­nist party membership card and a good old Atlas cycle were his assets in the tiny room. While I was eager to know his story, my father-in-law questioned him about the quantity of equipment. Ironically, a town that was built on its large employ­ment opportunities, is now a place where jobs are hard to come by.

On the way back, stopped to look at relics such as the New Imperial Bakery and Victory Confectionery Stores—once a favourite amongst Anglo Indian residents, it stood opposite a hospital, and children would often be bribed with its sweet offer­ings. The beautifully vintage Champion Reefs post office, the Workshop, Our Lady of Victory Church, the football ground, the dairy and the St Joseph’s Convent were other quaint sights. The KGF Hos­pital, renamed the Bharath Gold Mines Ltd Hospital and once known for eminent doctors, is now an abandoned building. Another surviving group of relics are the vault-like structures which used to hold prisoners of war. They later came to be used as police quarters.

The most haunting relic for me, though, were the abandoned shops ‘S Kuppuswamy—Supplier of Mining Req­uisites’ and the adjacent ‘Military Boot & Shoe Contractor’. Both were untouched, and seemed like someone had only recently locked them up and left. They really added to the ‘ghost town’ tag. We also made a brief stop at the huge cyanide dumps formed by leftover ore. As per reports, it’s caused a sizeable population across generations to suffer from respira­tory disorders.

The prosperity of the early 20th century also led to the construction of a reservoir that supplied the mining town. Built in Bethamangala, about 13 kilometres away from KGF, it cost `11 lakh in 1903. The waterworks and the adjacent garden seem to have not changed much since then. The antique filtering units (which we suspected were past the point of effectiveness)and pumps, the dilapidated emergency telephone booth, the winding staircase, the huge collection tanks, and the electrical control unit with the insignia of the Mysuru Wodeyars can still firmly stake a claim amongst India’s industrial heritage.

As the sun started to go down around 7pm, the reservoir’s garden attracted young boys keen on indulging in drink­ing and mischief. As a final ode, we stood underneath the massive rain tree on the shores of this man-made water body, imagining the memsahibs with their picnic sheets spread out, enjoying sherry while the men played with the children. The only difference between then and now, scenery-wise, seemed to be the level of water in the reservoir.

The transformation of KGF from ‘Little England’ to a ghost town in less than a century is remarkable. While the descendants of the British visit to see remnants of the glorious town built by their forefathers, the Anglo Indians look back at KGF with the nostalgia of playing a role in creating its unique culture. But for the mining workers, who now have a daily commute to Bengaluru for work, recalling fond memories remains a dif­ficult task.

The Kolar Gold Fields (KGF) lie 30km from the city of Kolar, and 100km from Bengaluru. KGF, as an old industrial hub, is well connected by rail and road. The Swarna Passenger train connects Ben­galuru to several stations in Kolar, from where car and auto-rickshaw rides may take you around town. For safety reasons, the mines and shafts here are off-limits. #KhabarLive