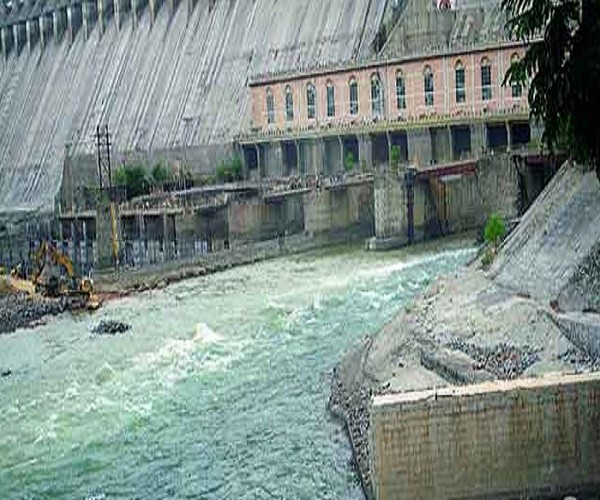 Krishna water has become more inflammable than petrol between Telangana and Andhra Pradesh. There is rancour and mutual recrimination at every meeting of the Krishna River Management Board (KRMB). One state accuses the other of stealing water from the river. As a result, consensus on utilisation of waters by both the states has been elusive.

In a few days, the KRMB will meet to take stock of the water levels in the reservoirs to make allocations on pro-rata basis but fireworks are expected once again, as neither side is willing to lie low in claiming maximum share of water from the river which is slowly drying up because too many projects have come up upstream.

Rightful allocation of Krishna water for Telangana was one of the main issues on which Telangana battle was fought and won by TRS chief K Chandrashekhar Rao. But even after four years of the division of the state, Telangana continues to claim that it is at the receiving end as far as allocation of water is concerned. The KRMB, constituted after the division of the state, could do little in bringing about a truce between the two states as they continue to slug it out at every meeting, one accusing the other of resorting to unfair practices and drawing excess water.

ALSO READ:  #HappyNewYear2019 - A New Beginning, A New Start And A New Life This Year!

The meeting held on June 6 could not transact any useful business including allocation of water in Krishna river to both the states since there was not much water in the reservoirs anyway. The KRBM, however, could not address other issues too, including fixing telemetry devices to monitor water flow into Potireddupadu Head Regulator on Srisailam Right Bank Canal to prevent alleged excess drawal by AP. The meeting also could not do anything on the issue of finalisation of the manual for the KRMB though it should have been done first thing after its constitution in 2014. Though the Telangana government has given its observations for incorporation into the draft manual, AP is understood to be taking it too long.

Krishan Water Disputes Tribunal II (KWDT-II), in its final award in 2013, allocated 811 tmcft to both AP and Telangana. The KRMB after hearing both the sides allocated 512 tmcft for AP and 299 tmcft for Telangana for the full year. Telangana argues that of the 811 tmcft allocated to both the states, it was getting only 36 per cent though 68 per cent of Krishna catchment in both the states is in Telangana. Telangana state has been demanding 150 tmcft more. Then, the other contentious issue – the location of the office of the KRMB at Vijayawada as laid down in AP State Reorganisation Act – remains unresolved yet. AP is yet to allocate land.

Unless the players play the game by the rules and eschew mutual recrimination, the issues would continue to fester. Even the apex council on river water sharing would not be able to do anything unless both the states come to a consensus on sharing of water in a spirit of give and take. #KhabarLive