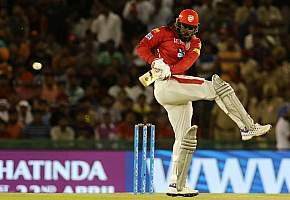 Led by a brilliant Chris Gayle hundred, Kings XI Punjab handed Sunrisers Hyderabad their first defeat of IPL 2018 as the hosts won their final home game in Mohali by 15 runs on Thursday (April 19). After sitting out in two opening matches, Gayle followed up his 63 in previous appearance with his sixth IPL century to leave the visitors with a daunting 194-run target.

If the West Indian hadn’t batted SRH out of the contest yet, Mohit Sharma and Andrew Tye’s double strikes ensured KXIP completed a hat-trick of victories at their home ground, confining SRH to the second spot for now. Kane Wiliamson and Manish Pandey hit fifties, but to no avail.

What did Ashwin do right?
Stanlake-Jordan swap perhaps was Ashiwn’s decision to bat first, for the norm of IPL 2018 has been win-toss-and-chase. Of the 15 matches prior to the toss tonight, 10 were won by teams bowling first. Instead, Ashiwn very nonchalantly said “I would like to see them chase down a score”. The game was touted to be between his team’s in-form batsmen and arguably the strongest bowling line-up of the competition. Ashwin didn’t want his batsmen playing under the scoreboard pressure against such an attack. And boy, did KXIP batsman back their captain’s call! On a batting beauty, led by Gayle’s merciless hitting, the home team posted 193 on the board to leave SRH’s patchy batting with an enormous target.

So what hit SRH’s famed bowling?
Unsold in two rounds of auctions before eventually getting picked at base price to now becoming the first centurion in IPL 2018 – Gayle had a point to prove and he did that in typical style. Gayle sent the ball past the boundary 12 times in his unbeaten 104 and 11 of those were sixes. The left-handed opener paced his innings spectacularly. He took his time to find his groove as the ball was doing a bit early on.

He picked the right deliveries for those big hits, ran twos much to everyone’s surprise and then threw caution to the wind after crossing 50. His half-century came off 39 balls and the rest of the carnage took only 24 more. For the statistically-inclined, this was Gayle’s 21st century in T20 cricket, which is exactly three times the number of hundreds the next batsman in the list has.

Did all bowlers have an off day?
Williamson used eight overs of spin, and those produced a whopping 99 runs. But what probably hurt SRH the most were the four overs of Rashid Khan that yielded 55 of those 99. KXIP got to 100 only by the end of the 12th over, but Rashid’s third over – 14th of Punjab’s innings – helped Gayle channel his devastating self. Gayle dispatched four successive balls into the stands in a 27-run over that set KXIP up for the late flourish. That they had a well-set Gayle till the end only made it tougher for the likes of Bhuvneshwar Kumar and Chris Jordan to restrict the flow of runs in their final spells. KXIP added 93 runs in the final eight overs and that was the game, essentially.

How did KXIP’s bowlers fare?
Short-ball ploy worked well for them. Barindar Sran, despite starting off with a wide, gave only 22 in his four overs. Mohit Sharma was costly but he’d done his bit in the opening spell – dismissing Wriddhiman Saha and Yusuf Pathan within the powerplay – to further cripple SRH. Andrew Tye then sucked the life out of the chase by striking twice in the middle overs where he sent Kane Williamson packing after his fifty and followed it up with the wicket of Deepak Hooda, who has the potential to explode in the death overs. Ashwin came under the attack, conceding 53 – the most in an IPL game for him – but the only harm it did was to allow SRH narrow down the margin of their first defeat of the season.

But, a 15-run defeat doesn’t look too bad?
But KXIP exposed the chink in SRH’s armory – batting that’s heavily reliant on Shikhar Dhawan. Tonight was an example of what SRH would be hoping doesn’t become a trend in tall chases. True that they’ve won all three games previously batting second, but that had a lot to do with the fact that their fearsome bowling tied down oppositions to scores of 150, give or take a few. Even then, two of those chases were final-over finishes.

They’re without David Warner, and have lacked the firepower at top that can help them to explosive starts. On top of which, once Shikhar Dhawan retired hurt tonight, copping a blow to his left hand, SRH never appeared to be in the chase. Pathan and Saha failed to get going and SRH were left playing catch up. The margin of 15 runs could be flattering, and Williamson and Manish Pandey’s fifties will only ensure against a drastic fall in net run rate.

Where do they go next?
Kings XI have wrapped up the Mohali leg of their home games with a 100 per cent win record. They play KKR next at Eden Gardens on Saturday whereas SRH return to the comforts of their home ground for the match against CSK on Sunday. 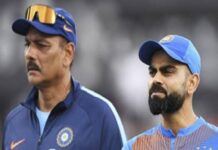 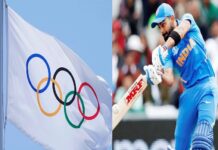 ‍‍Cricket’s Problematic Bid For The Olympics 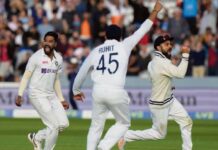 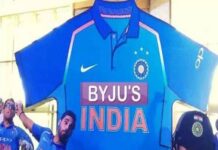 How Fintech And Edutech Companies Calling The Shots In Cricket Sponsorship? 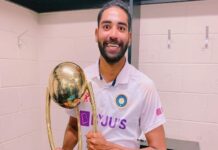 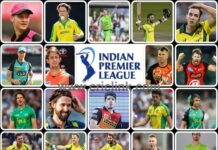 IPL 2021: Free Australian Cricketers Can Be Replaced And Brought Back