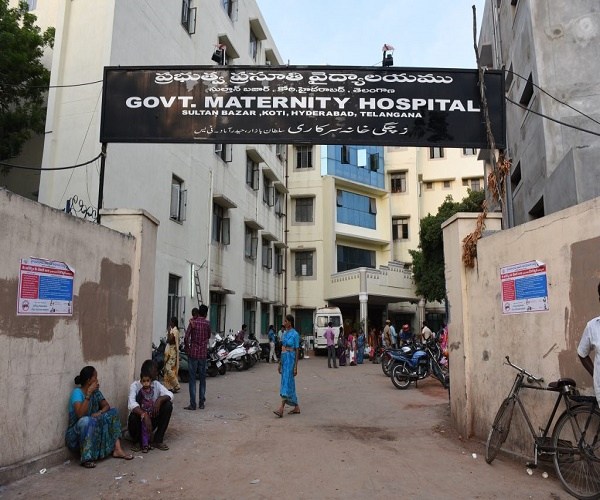 Despite the tall talks about cleanliness and the puffed up propaganda of Swacch Hyderabad campaign, government hospitals in the city seem to be uncared for, if the hygienic conditions of these hospitals are anything to go by. The classic example for official apathy lies in the heart of the city, at Koti, in the form of the Government Maternity Hospital, where scores of women come on a daily basis to show their bundle of joy the light of the world.

There are two buildings for pregnant women in the hospital. One is where women who come for delivery are admitted and the other where the women, who just delivered, are taken care of. But unfortunately, the hygienic conditions in both the buildings are appallingly poor. “Hygiene of the old one, where the women are admitted before delivery is poor.

Toilets are not cleaned regularly and when needed. As the building is exclusively for pregnant women, the rooms should be maintained properly. There are paid toilets outside which are maintained comparatively better,” said Asia, a pregnant women who is being treated at the Government Maternity Hospital.

“I do not like to take medicines provided in the hospital as they smell and I don’t feel good after taking them. They emanate bad odour. Maids in the hospital demand Rs 500 to hand over the baby to mother after the delivery. They won’t give the baby to mother unless the demanded money is received. Even for scanning, bribes should be paid, otherwise the employees force the pregnant women to wait n the queue for hours,” she added.

Administration in-charge Sushmita S said, “Telangana Medical Services and Infrastructure Development Corporation is going to get permission from the GHMC to improve the sanitary conditions there.” “All our staff members work according to the shifts. Overall, there are about 56 sanitation workers and 12 security officers. In case someone is absent, we have about five extra staff. The new building will have two parking lots and three patient related spaces. The hospital is always overloaded,” said Nayeem S, the hospital supervisor.

Denying the problems faced by the patients, Nayyem said, “Parents of newborn give money to cleaning staff out of happiness but, no one demands money. If they do, those parents have every right to complain to the RMO. The medicines are provided by the government. We just distribute them to the patients, taking them or not is their wish.

The medicines given here are quality ones which are provided by the State government.” “According to the Telangana government, the number of staff should be 50, but there is absolute need of more staff in all departments including medical to sanitation,” he added. #KhabarLive