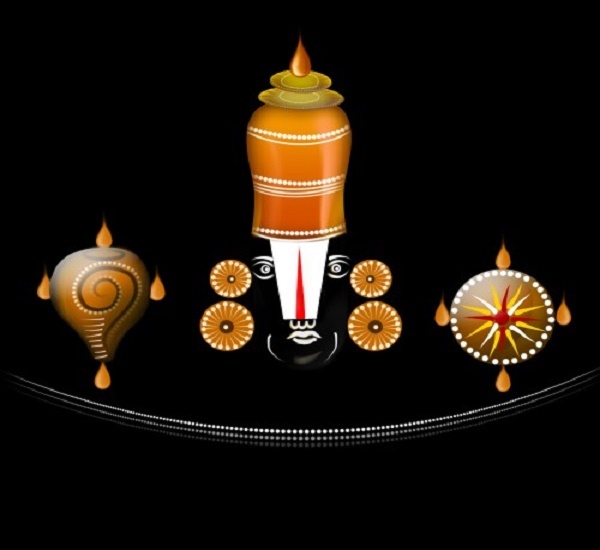 We all know that Tirupati Tirumala Devasthanam is the richest and one of the most revered shrines in India. But, there are so many interesting mystical facts out there beyond the commonly known trivia. Like the fact that the idol of Lord Balaji wears real hair. Or, that the sacred objects for worship are not locally sourced. How about this one – the idol of the deity has a tendency to sweat!

Read more for such amusing and mind-altering facts about the most well-known shrine in India.

Secret of an unknown village
For the ritual worship of the deities housed in the Tirupati Balaji Temple, the flowers, clarified butter, milk, butter-milk, holy leaves etc. are sourced from an undisclosed village located about twenty two kilometres away from Tirupati. The little village has never been seen or visited by any outsider except its own people.

Idol of the deity is not in the centre
The idol of Lord Tirupati Balaji placed may appear to be standing in the centre of the sanctum sanctorum, but technically, it is not so. The idol is actually placed in the right hand corner of the shrine.

Real hair of Balaji
The hair worn by Lord Balaji is silky, smooth, tangle-free, and absolutely real. The story behind those faultless locks goes like this – Lord Balaji, during his regime on earth, lost some of his hair in an unexpected mishap. A Gandharva Princess named Neela Devi quickly took note of this incident, and cut a portion of her glorious mane. She offered her chopped locks humbly to the deity and requested him to plant them on his head. Pleased with her devotion, the god accepted the kind offering and promised that whoever visits his shrine and sacrifices his/her hair at his feet will be blessed. Ever since, it has been a custom among devotees to shave their head off in the temple before or after their desires are fulfilled.

You may want to hear to believe, but the unchangeable truth is that the sound of enormous sea waves can be heard if one puts his/her ear on the back of the deity’s image housed in the shrine.

Perpetual lit lamps
The light of an ardent devotee’s heart for the Divine never gets extinguished, so does the earthen lamps placed before the idol of the deity in the sanctum sanctorum of the Tirupati Balaji Temple. There are no reliable records about the time when these lamps were lit and who lit them. All that is known is that they have been burning since a long time and will continue to do so.

Venkateswara Swamy had once appeared in real
Long ago, in 19th century India, the King of the region imposed death sentence on twelve people for committing a heinous crime. The twelve of them were hung by their necks until death. Post death, the body of the deceased criminals were left hanging on the walls of the temple of Balaji. It was at that time the deity himself appeared.

Misty idol
For an inexplicable reason, the back of the idol always remains moist, despite the priests labouring to keep it dry.

Going by the rule book, the temple priests do not throw the flowers offered to Lord Balaji during morning worship out of the GarbhaGudi or Sanctum Sanctorum. So, they are thrown into the waterfalls which flow behind the rear side of the idol. The priests, however, refrain from looking at the back side of the holy deity for the rest of the day. Surprisingly, the discarded flowers can be seen at a place known as Yerpedu which lies 20 kilometres away from Tirupati.

Idol survives strong chemical reaction
It is a scientifically known fact that when raw camphor or green camphor (Pachai Karpooram), a derivative of Cinnamomum camphora tree, is applied on any stone, it leads to cracks and fissures on the object. The idol of Shri Tirupati Balaji, however, is resistant to the volatile chemical reactions of camphor, and bears no marks, even though it remains smeared with the substance most of the time.

Sweaty deity
Lord Balaji’s image may be carved out of stone, but it is fully infused with life and very much alive, if reports are to be believed. The idol of the holy deity maintains a temperature of 110 degrees Fahrenheit, even though the surroundings are cool due to the steep location of the temple (3000 feet). Every morning, after the holy bath known as Abhishekham, droplets of sweat appear on the image of Balaji which have to be wiped off with a silken fabric by the priests. On Thursdays, when the priests remove the ornaments of the idol for a holy bath, they come off with a sensation of warmth. #KhbarLive