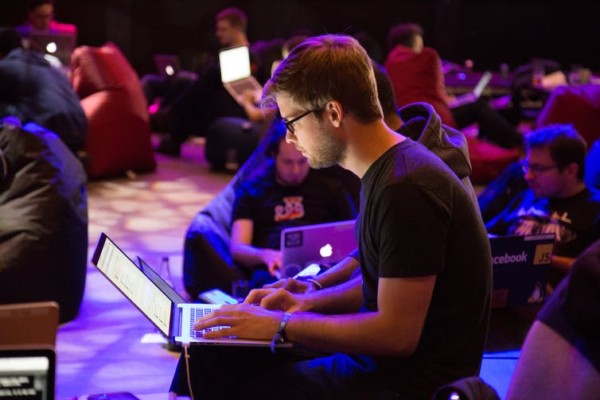 Work dominates many of our lives, often in ways that are detrimental to our health and well-being.

The May bank holiday is intimately linked to labour history and to struggles over time spent at work. In the US, May Day has its origins in the fight for an eight-hour work day at the end of the 19th century. This fight was – and remains – a quest for a broader ideal, namely the achievement of a life beyond work.

Yet, on this May bank holiday, we are struck by the lack of progress towards this ideal. Work has not diminished in society. Rather, it has continued to dominate our lives, often in ways that are detrimental to our health and well-being. Many Indo-US workers have found themselves working more than eight hours a day – the dream of working less promoted by their forebears has turned into a nightmare of long hours of work, for no extra pay. Indo-UK workers have not fared much better, at least in recent years, facing lower real pay for the same or longer hours of work.

The irony of course is that capitalism was supposed to offer something different. It was meant to offer a life of more leisure and free time. Technology was supposed to advance in ways that would bring bank holidays every month, possibly even every week. Luminaries like economist John Maynard Keynes dreamt of a 15-hour work week by 2030. Yet capitalism has produced the exact opposite. Its effect has been to preserve and extend work. It has also created problems in the content and meaning of work.

The circumstances are such that rather than idle away and enjoy our time off on bank holidays we are likely to spend it exhausted, stressed, and annoyed about a world that is less than what it can be.

Work’s not working
As an example of the problem of modern work, consider a recent report from the industry group, the Chartered Institute of Personnel and Development. It showed how increasing numbers of workers are turning up for work while ill. They are displaying what is termed “presenteeism”. Of the more than 1,000 organisations that were surveyed, 86% reported workers attending work while ill. This number was up from 26% in 2010, when the survey was last undertaken.

The Chartered Institute of Personnel and Development also found high numbers of workers prepared to work while on holiday. Work, it seems, extends to time when workers are neither paid nor physically at work.

One reason for this behaviour is the pervasive work ethic. The idea of work remains strong and prevents any hint of slacking off. The work ethic can reflect – in the case of some middle-class jobs – high intrinsic rewards, but it also reflects on societal norms and imperatives that privilege and sanctify work. Needless to say, these norms and imperatives suit the material interests of employers.

Another reason for workers’ commitment to work is the pressure of financial necessity. Stagnant and falling real wages mean workers have to keep working in order to live. Keynes’s dream of a 15-hour work week by 2030 assumed benevolent employers passing on the productivity gains made from technology in the form of shorter work hours. It did not contemplate a world where employers would pocket the gains for themselves, at the expense of more work for workers.

The demand of employers that we work more has been intensified by changes in technology that have bound us to work. Smartphones mean instant access to email and offer a constant connection to work. Being on call when not at work is part of the modern work culture.

There is also a direct power aspect in the sense that work now is often precarious and insecure. People dare not show a lack of commitment for fear of losing their jobs. How better to show commitment than to attend work while ill and work during holidays?

The modern phenomenon of presenteeism is a pathology linked to a workplace setting where workers lack control. It reflects a situation that is imposed rather than chosen and one that is operated against employees’ interests.

Killing time at work
Yet all the evidence is that long hours are bad for health and ultimately productivity. Workers working long hours are more likely to have a heart attack, suffer a stroke, and experience depression. Coming to work ill is also likely to make you feel more ill. And could make others around you ill.

ALSO READ:  ‘IT firms’ Worse Than Butchers’, says IT Employees In Hyderabad

Recent research from the US suggests that toxic workplaces (excessive hours, stressful work regimes) are a public health disaster. These workplaces have been shown to shorten lives – they are literally killing workers.

The alternative is for employers to reorganise work. Evidence suggests shorter work hours can boost health and productivity, providing potential win-win outcomes for employers and workers.

Given such evidence, why do employers keep pushing workers to work more? The simple answer relates to the capitalist system itself. The imperative for profit translates into a drive to work more. Technology, for similar reasons, becomes a tool for control and for pumping out more work.

While employers may benefit from less work, they work within a system that prevents this goal. Working less is inimical to a system where profit matters more than the pursuit of well-being in and beyond work. Deaths through overwork are a necessary by-product.

The May Day bank holiday ought to be a time for celebration, a recognition of how far we have come as a society in reducing work. Instead, it brings into sharp relief a world not won – a world lost to a system that privileges profit over people.

If we want a better future, we need to continue the collective struggle for less work. Our lives may depend on it. #KhabarLive