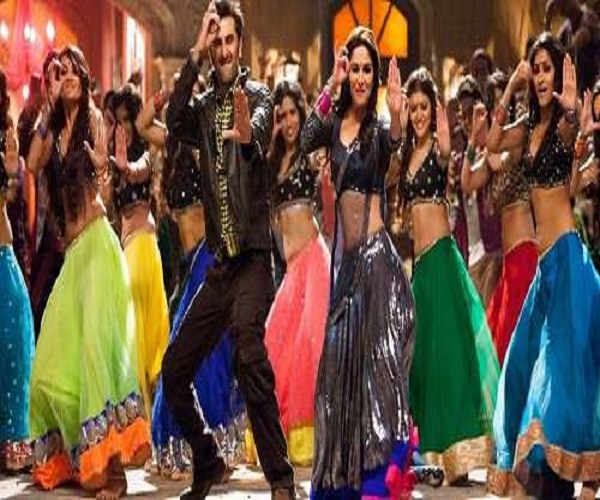 While actors and actresses form the lead characters around which the film revolves, junior artists and dancers complete the frame with their presence in the background – whether it’s a fight, street, wedding or dance sequence.

Merely a couple of hours after reaching India, backpacker Howard Johnson acquired a chance to appear on the silver screen. About this sudden opportunity, Johnson shared with the British broadcaster BBC News, “Scouts often cruise the streets of Mumbai looking for westerners to work as extras in Bollywood films.

I ended up dancing on the set of a movie within a day of landing in India as a backpacker.” Spots such as Colaba Causeway, Leopold Café, Gateway of India and Salvation Army Red Hostel are popular places in Mumbai, where the casting agents lookout for the fair-skinned backpackers for supporting roles or song and dance sequence.

While song and dance sequences have always been a part of Bollywood, it’s love affair with foreigners as dancers at the backdrop began over a decade ago. The preference is also based on the scripts that are occasionally based on foreign setup. Johnson, for instance, was a part of the film Thank You (2011), a comedy based on three philandering husbands in Canada. He was one of the supporting casts at the background who occasionally danced.

Depending on their acting capabilities, the junior artistes are categorised as A, B or C and paid accordingly. Johnson, for example, was paid INR 500 (EUR 6.6) for moving and dancing on the set for 13 hours. While it was more about experiencing the making of a Bollywood film for Johnson, for most junior artistes, it is a question of their livelihood.

Grouped together under the Junior Artists Association in Mumbai, there are over 10,000 members registered in the body. Many artists have been a part of this business for over 50 years and find themselves still in the same position as before. “Mostly there is no growth for them,” says cinematographer Dharam Gulati who has been in the film industry for over 20 years. However, their compensations have increased.

While they used to work for five shifts a day and received INR 20 per shift or INR 100 a day, now television pays them approximately INR 750 and films between INR 900-1000 per day. And those who have lines in the scene are paid between INR 2500-5000 per day, depending on their experience and length of the role. The compensations, however, are collectively handed over to the association from where the casting directors acquire the artists.

Although they are a part of junior artists, the dancers, who match their moves with the leading actors in song and dance sequences, have a special place in the films because it forms one of the unique selling points of the Indian films. Versatile actor Amitabh Bachchan in his foreword in the book “Behind the Scenes of Hindi Cinema” by Johan Manschot and Marijke De Vos, published in 2005, wrote, “Indians express themselves through folklore and poetry. Our heritage provides us with songs associated with all seasons and festivals.

This is reflected in our films where we have songs for every situation: love, separation, triumph or war.” Bachchan, with a stint exceeding 50 years in the Hindi film industry, may have seen numerous changes in the industry, yet the song and dance sequences have been one of the few constants. Even actor-turned-director, Nandita Das, while describing the popularity of Indian films overseas, says, “It’s like a Broadway show, there are songs and dances, everybody looks pretty, great location and glossy sets.”

Dancers in the films, typically, come with the choreographers who train them. Shiamak Davar, for instance, a well-known dancer and choreographer from Mumbai, brings his dance troupe to the sets, apart from his expertise. The dancers are represented by the Cine Dancers Association, which assigns the dancers to a film, depending on the requirements.

However, producers now are also biased in casting foreign dancers for their pale skin, slender physique and their lack of inhibition in exposing skin. This has, as a result, caused resentment amongst the Indian dancers. “The matter is being dealt with the Film Producers Association of India,” says Gulati. Many foreign dancers hail from former Soviet Union countries such as Russia, Uzbekistan and Kazakhstan.

While the local dancers say they face a threat from the foreigners, the industry complains of lack of dancers. Allegedly, as claimed by the Cine Dancers Association, there was a time when it had nearly 1400 members registered, but it dropped by 70 to 75 pc resulting into acute shortage in the industry.For an extravagant song, for instance, in director- producer Karan Johar’s film 2 States (2014), the association had a hard time arranging for 350 dancers as per the requirement.

While most of the dancers retire voluntarily by mid-thirties, women today who are beautiful and can dance aim towards becoming an actor than being a background dancer. Although one can earn upto INR 90,000 (EUR 1194) a month as a dancer, the lure of becoming a choreographer or an actor surpasses that of being a only dancer. #KhabarLive